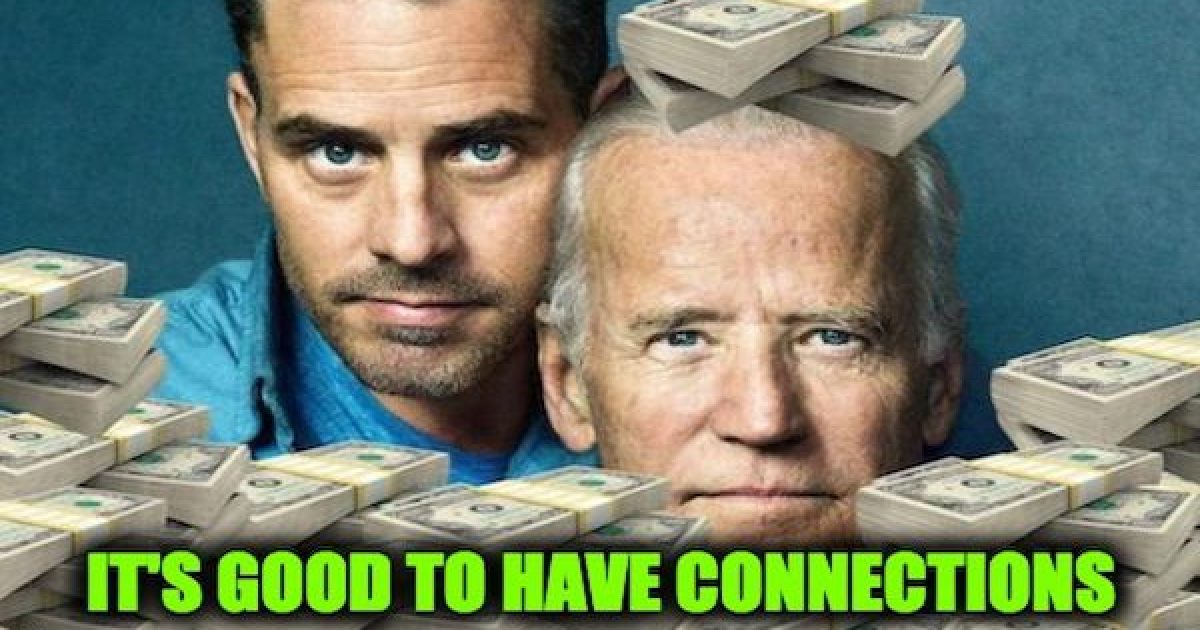 The Ukrainian news service Interfax-Ukraine reported about a press conference by two Ukrainian members of parliament to announced they turned over new Burisma evidence to the prosecutor and wants an investigation:

Some $16.5 million received by Hunter Biden, the son of former U.S. Vice President Joe Biden, as payment from Burisma was stolen from Ukrainian citizens, member of parliament Andriy Derkach has said.

Bit wait a moment! Didn’t Adam Schiff say there was nothing to see there?

Derkach was joined by MP Oleksandr Dubinsky at a press conference at the Kyiv-based Interfax-Ukraine news agency that on November 14, the Prosecutor General’s Office (PGO) announced a new suspicion to the owner of Burisma, former Ecology Minister Mykola Zlochevsky.

“The PGO document once again confirms the data I had previously published on Burisma and international corruption. According to Zlochevsky’s suspicion notice, Biden and partners received their $16.5 million for their services to Burisma. Biden received funds not due to the successful activity of Burisma or for brilliant business decisions or recommendations. This is the money of Ukrainian citizens. The funds were obtained by criminal means. That’s what they say in the PGO,” Derkach said.

Derkach said the new suspicion notice to Zlochevsky was received by him from investigative journalists.

Not Americans, most “Journalists,” won’t touch the story because they want Trump impeached. They are also jealous of John Solomon for leading the way on this story.

As reported, on October 9 Derkach made public official correspondence between the National Anti-corruption Bureau of Ukraine (NABU) and the U.S. Embassy, according to which First Deputy NABU Director Gizo Uglava through his assistant Polina Chizh provided the U.S. Embassy with information that affected the course of events in Ukraine and the United States.

According to him, Chizh received an order from U.S. Embassy employee Hanna Yemelyanova to provide information on the case of Ex-Ecology Minister and Burisma Group owner Mykola Zlochevsky.

October 9th is after Trump gave Ukraine the military money, so investigating Papa Hunter the reason for the holdup.  The real delay was regarding the Burisma investigation, which MP Derkach says was stopped by Joe Biden.

According to Derkach, Ex-Prosecutor General Viktor Shokin repeatedly contacted NABU Director Artem Sytnyk in the framework of criminal proceedings involving Burisma, but constantly received formal replies. The activities of Shokin, according to Derkach, irritated Joe Biden during his fifth visit to Kyiv in two years on December 7-8, 2015. The visit was devoted to the issue of removing Shokin as Prosecutor General and the affairs of Zlochevsky and Burisma.

“The instrument issued for pressure was the $1 billion credit guarantee that the United States should have provided to Ukraine: Biden himself acknowledged the pressure in his speech to the U.S. Foreign Relations Council in January 2018,” Derkach said.

Derkach wants Zolinsky to call US President Trump and suggest they combine sources for an investigation of Burisma.

“President Zelensky must pick up the phone, dial Trump, ask for help and cooperation in the fight against corruption and fly to Washington. The issue of combating international corruption in Ukraine with the participation of citizens, businessmen and U.S. officials should become a key during the meeting of the two presidents,” he said.

Derkach said as a result of the meeting, it is necessary to build interaction between the Ukrainian investigating authorities and the U.S. Department of Justice to obtain information about the organizers of the bond issue, clients and beneficiaries of investment funds for each purchase, interrogate fund officials, etc.

Not covered was the claim that Joe Biden received $900K to lobby for Burisma.

The press conference worked because later in the day,  Prosecutor General Ruslan Ryaboshapka announced that he was widening Ukraine has widened its investigation into the founder Burisma to include suspicion of embezzling state funds. This is one of thirteen different old Burisma cases that Ryaboshapka is reviewing and re-investigating.

That was only part of Hunter Biden’s lousy Wednesday. While the Ukrainian MPs were outing Burisma, a court filing in Arkansas revealed that a DNA paternity test proved “with scientific certainty,” he’s the father of a baby born out of wedlock in Arkansas. At first, Hunter had said he  never had sex with the mother of the child, but eventually agreed to the test,

What the Democrats and the mainstream media won’t admit the desire for a Biden investigation has nothing to do with candidate Biden. If V.P. Joe Biden held up one billion dollars to get Ukraine to fire a prosecutor as he admitted. Not admitted was the belief that he had the prosecutor fired because he was investigating Burisma, which employed Hunter Biden, that’s actual abuse of power as opposed to the nonsense that’s been infecting our televisions for the past few weeks. Joe Biden’s abuse is the same abuse that Adam Schiff concocted for his sham Donald Trump impeachment hearing.