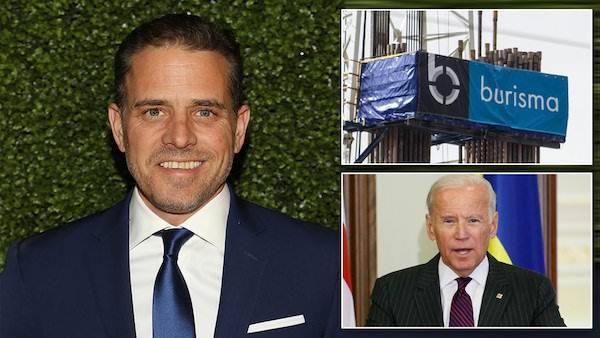 The attempted bribe was described as the “biggest reported bribe attempt in Ukrainian history.” Three individuals with ties to Mykola Zlochevsky, the founder of Burisma Holdings, are being accused of attempting to bribe anti-corruption officials in Ukraine to end the investigation into the company and its founder for embezzlement. Burisma bribes

Zlochevsky denies involvement in the scheme.

Prosecutors say the heap of $6 million in crisp new bills, fastened in bundles with pink and yellow rubber bands, was supposed to bribe a Ukrainian anti-corruption investigator to drop an embezzlement case against the founder of the natural gas company Burisma.

To Ukrainians, the pile was eye-popping — and not just because it was so large. In this country, plagued for decades by corruption, such payments normally change hands quietly, without anyone finding out.

But here it was, seized by law enforcement officials and proudly displayed in transparent plastic bags by the director of the National Anti-Corruption Bureau of Ukraine and the special anti-corruption prosecutor. Details of the case emerged Sunday in a Kyiv court.

How can that be the most substantial bribe in Ukraine history? Joe Biden gave them a billion dollars for firing the prosecutor that was investigating Burisma. That’s what Joe said.

Burisma Holdings is the Eastern European natural gas conglomerate that employed Hunter Biden on its Board of Directors. But according to the MSM, there is no there there. If you believe them that the prosecutor firing for a billion dollars had nothing to do with the Hunter Biden Burisma connection, I have a bridge in Brooklyn to sell you.

Although Ukrainian officials are trying to cut the ties between Biden and Burisma, in case (God Forbid!) Joe wins the election, it’s just not that simple to do.

Nazar Kholodnytsky, the head of Ukraine’s national anti-corruption bureau, claimed the alleged scheme had no connection with either Hunter Biden or his father, the presumptive Democrat nominee.

“Let’s put an end to this once and for all. Biden Jr. and Biden Sr. do not appear in this particular proceeding,” Kholodnytsky told reporters at the press conference.

Despite the fact that the Bidens were not involved in the alleged scheme, the issue does not bode well for them, especially as Congress is investigating Burisma’s ties to the Obama administration.

Sadly the Committee is still waiting for the information.

Hunter Biden was appointed the Burisma’s Board in 2014, shortly after Joe became the Obama administration’s lead man on Ukraine. Hunter Biden was paid $83,000 per month for his position on the Board, and yet, no one seemed to find this odd despite Hunter’s lack of experience with Ukraine or natural gas.

Back in October 2019, Oleksandr Onyshchenko, a former member of Ukraine’s parliament and ally of Zlochevsky, said that it was Zlochevsky’s idea to appoint Hunter Biden to Burisma’s Board to “protect” the company from investigations.

It’s going to be challenging to disentangle the Bidens from Burisma because they’re extremely tangled.

Whether or not the actions of Joe Biden and his son Hunter crossed into illegality is yet to be seen. Still, there is certainly enough evidence of probable cause proving they should be investigated by Ukraine. After all, during the fake Russiagate investigation, we heard Democrats say hundreds of times, “no one is above the law” (well except for Hillary Clinton and illegal aliens).

Those who want more details of the Hunter/Burisma entanglement, get yourself a copy of Peter Schweizer’s book “Secret Empires: How the American Political Class Hides Corruption and Enriches Family and Friends.” The Hunter Biden story is one of the examples of the political class enriching family that Schweizer explains in the book.