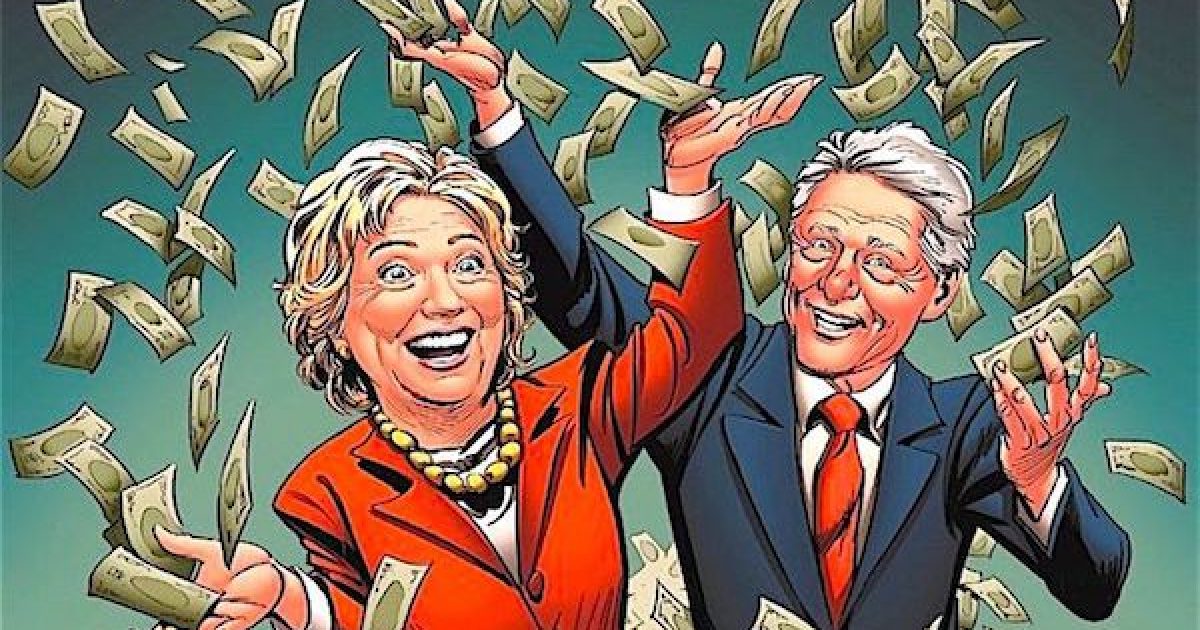 Facebook Twitter Flipboard
Bubba Clinton sought permission from the State Department to meet with key Russian nuclear officials including a member of the board of the company that would eventually purchase Uranium One allowing Moscow to control 20% of American Uranium reserves. And in the end instead of meeting with the Russian nuke officials he went to Vladimir Putin’s house and met with the Russian despot.
The Hill discovered emails indicating indicating that former POTUS Bubba Clinton made that the request in June 2010, four months before his wife and former Presidental candidate Hillary Clinton on the committee that approved the Uranium One sale and the Clinton Foundation recieved millions of dollars of donations from Russian sources and Uranium One shareholders.
The former President was sceduled to go to Russia make a speech for a half million dollars paid by Renaissance Capital, a Russian bank,  when he asked the State Deparment run by his wife for permission to meet with

Arkady Dvorkovich, a top aide to then-Russian President Dmitri Medvedev and one of the highest-ranking government officials to serve on Rosatom’s board of supervisors, was listed on a May 14, 2010, email as one of 15 Russians the former president wanted to meet during a late June 2010 trip, the documents show.

“In the context of a possible trip to Russia at the end of June, WJC [William Jefferson Clinton]  is being asked to see the business/government folks below. Would State have concerns about WJC seeing any of these folks,” Clinton Foundation foreign policy adviser Amitabh Desai wrote the State Department on May 14, 2010, using the former president’s initials and forwarding the list of names to former Secretary of State Hillary Clinton’s team.The email went to two of Hillary Clinton’s most senior advisers, Jake Sullivan and Cheryl Mills.

The documents retrieved by The Hill do not conclusively report whether or not Bubba was given permission to meet with the Rosatom officials or not, but it didn’t matter because current and former aides of the Clintons told The Hill that “the ex-president’s aides and State decided in the end not to hold any of the meetings with the Russians on the list. Bill Clinton instead got together with Vladimir Putin at the Russian leader’s private homestead.”

NICE… It gets better. You see Bill planned his trip right after Hillary came back from a Russia excursion where she met with Putin and then-President Medveded. Apparently there was some concern that Bubba’s trip was right after Hillary’s.

A close associate of Bill Clinton who was directly involved in the Moscow trip and spoke on condition of anonymity, described to The Hill the circumstances surrounding how Bill Clinton landed a $500,000 speaking gig in Russia and then came up with the list of Russians he wanted to meet.

The friend said Hillary Clinton had just returned in late March 2010 from an official trip to Moscow where she met with both Putin and Medvedev. The president’s speaker’s bureau had just received an offer from Renaissance Capital to pay the former president $500,000 for a single speech in Russia.

Documents show Bill Clinton’s personal lawyer on April 5, 2010, sent a conflict of interest review to the State Department asking for permission to give the speech in late June, and it was approved two days later.

The Clinton friend said the former president’s office then began assembling a list of requests to meet with Russian business and government executives whom he could meet on the trip. One of the goals of the trip was to try to help a Clinton family relative “grow investments in their business with Russian oligarchs and other businesses,” the friend told The Hill.

“It was one of the untold stories of the Russia trip. People have focused on Uranium One and the speaking fees, but opening up a business spigot for the family business was one only us insiders knew about,” the friend said.

Conservative author Peter Schweizer, whose 2015 collaboration with The New York Times first raised questions about the Uranium One deal and Clinton donations, said Thursday the new emails were “stunning they add a level of granularity we didn’t have before.”

“We knew of some sort of transactions in which the Clintons received funds and Russia received approvals, and the question has always been how and if those two events are connected,” he said. “I think this provides further evidence the two may be connected.”

As much as the MSM continues to ignore this story, and call it a result of some sort of President Trump obsession with Hillary Clinton, the truth is the latest revelations are coming from a respectect source, The Hill and backed with evidence. Since Hill reporters John Solomon and Alison Spann began this report on Monday, they’ve been adding to the story and evidence almost daily and promise there’s more to come.  It seems that the pandora’s box of Hillary Clinton scandals first opened by Peter Schwetzer with his book Clinton Cash in 2015 cannot be closed despite the best efforts of team Clinton and their followers in the media.