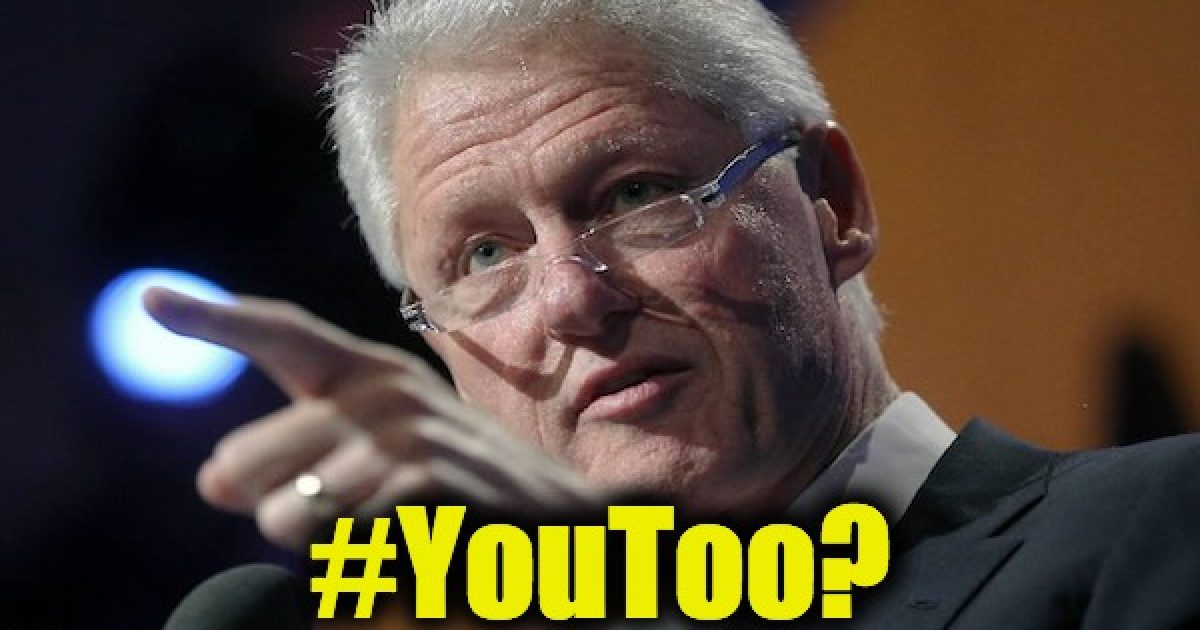 On Monday, former president Bubba Clinton was on the Today Show to talk about his new novel “The President is Missing,”* written with James Patterson. When the interviewer with NBC News’ Craig Melvin asked about the Monica Lewinsky scandal in light of the #metoo movement, the former president lashed out, played the victim, and then admitted he never apologized to Ms. Lewinsky (video of the interview at the end of post).

Truth be told including Monica there are at least sixteen women that former president Bubba needs to call on the phone and personally apologize to.

The below are 16 different cases of women who accused former President Bubba Clinton of sexual assault or attempted assault. This doesn’t include the women Bubba had consensual affairs with such as  Gennifer Flowers, or Sally Miller, only women he forced or tried to force to have sexual contact without their permission, or in the case of Monica used his position to seduce her. Each of the sixteen victims’ stories is condensed but their names are linked to web pages with more detailed versions of their statements/evidence:

Juanita Broaddrick claims she was raped by Bill Clinton and Hillary tried to silence her. “she says, he got her onto the bed, held her down forcibly and bit her lips. The sexual entry itself was not without some pain, she recalls, because of her stiffness and resistance. When it was over, she says, he looked down at her and said not to worry, he was sterile–he had had mumps when he was a child.”

Helen Dowdy, the wife of Hillary Clinton’s cousin, claims she was groped by Bill Clinton at a Rodham family wedding in 1986. She told Jerry Oppenheimer, the author of State of a Union: Inside the Complex Marriage of Bill and Hillary Clinton (page 215) that Bubba groped her “up there.” She tried to pull away, but “he’s a big man.” She says she was eventually rescued when Hillary Clinton turned it into a three-person dance. “He was holding me very close, pulling me into him. … It was so inappropriate.”

Sandra Allen James Former Washington-based political fundraiser. She says: Clinton invited her to his hotel room in 1991, pinned her against the wall and put his hand under her dress.

Then, of course, there is Monica Lewinsky.  Technically this one was consensual,  but IMHO when a married President of the United States takes advantage of a 21-year-old intern…it’s seems pretty close to statutory rape. But along with the affair, the media and the Democratic Party joined with Hillary Clinton in an effort to destroy Lewinsky.