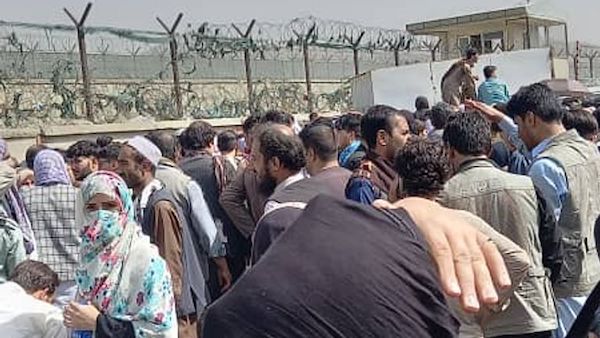 Biden’s leadership — or lack of it — looms large over a report that limits its scope to the British handling of the Afghanistan evacuation.

The Brits were thrust into a situation where suddenly *poof* Baghram airbase was gone, and the Americans left in a matter of days.

As you read these excerpts from the inquiry’s findings, remember how Kirby, Psaki, and the rest bragged about how successful their evacuation plan had gone under challenging circumstances.

Notice how the US has mentioned in this report that one of the Brits’ failures was their inability to tell Biden’s people that their plan was about to royally screw things up.

The committee published its findings on Tuesday in a report, which “identified systemic failures of intelligence, diplomacy, planning and preparation – many of which were due, at least in part, to the Foreign Office”.

In key findings, the report said:

On planning for withdrawal

The government “failed effectively to shape or respond to” the US’s decision to withdraw from Afghanistan, which was known since February 2020
The FCDO “failed to make the necessary preparations for withdrawal” by laying the groundwork for an evacuation with third countries
There was a “total absence of a plan for evacuating Afghans who supported the UK mission, without being directly employed by the UK government”

This “mismanagement” of the evacuation in a crucial period “likely cost hundreds of people their chance to leave the country, and as a result likely cost lives”

An ill-considered, uncoordinated, and poorly executed plan to disengage from our presence in Afghanistan has cost Afghani lives, has unleashed a humanitarian disaster, and has ultimately heightened the terror threat from Afghanistan.

Is it any wonder the ‘Let’s Go Brandon’ Presidency is taking so hard that even the Carter Administration is starting to look ‘not so bad by comparison?