The Car That Became A Hollywood Icon May Be Making A Comeback. 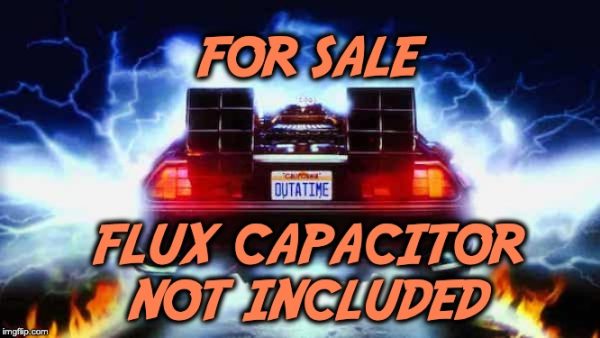 The car that became a Hollywood Icon nearly as recognizable as the Batmobile is making a comeback. The DeLorean was almost an extra character in the Back To The Future series when the driver fired up the Flux Capacitor and kicked it up to 88 MPH — two flaming tire tracks were part of its signature jump through time. bringing back the DeLorean

Throw in a flight feature — 2015, HAS come and gone, after all — and a Mr. Fusion compost-to-nuclear generator, and you have the care of the future. Or is it the recent past?

It’s all so confusing. Originally the new DeLorean’s were to be released four years ago

Anyway, the calls for a reboot of the DeLorean have been rising for a very long time.

It looks like the public will finally get their wish.

DeLorean’s Espey told Roadshow that “Realistically, I wouldn’t expect to see production begin until at the earliest this time next year.” He added summer or fall of 2021 is an even better timeframe for when we’ll see the “new” cars hit the road. Sorting through the public comment period for the regulations and OMB review will likely take the entire year, especially with an election on the horizon, Espey also noted.

Plans for a reborn DeLorean DMC-12 include a new engine and modern amenities, but the same iconic looks fans know and love. The company has floated a price tag of around $100,000 in the past for a modern DeLorean, but for some, it’s hard to put a price on such epic nostalgia. – CNET

Note: If the automated voice in the video gets on your nerves, you can still admire the look of it with the sound off. It was hot news in 2017, but it didn’t happen then, but wait until next year,

…the project was held up because changes in regulations made it very difficult to execute important aspects of the traditional DeLorean design. Luckily, the laws have recently changed to allow low-volume automakers to sell up to 325 cars each year that resemble production vehicles manufactured at least 25 years ago. However, the vehicles must meet current Clean Air Act standards for the model year in which they are produced.

As a result of the loosened regulations, DeLorean’s Vice President, James Espey, announced that the company is working on a new version of the DeLorean that is updated for the modern age.

The body will look very similar to the original, except a little bit sleeker, and will be built with a mixture of original and new parts. Unlike the originals, the new DeLoreans will have features like power steering, cruise control, navigation, and Bluetooth. — ANP

So what do you think of this new toy? Cool? Will you get one?

bringing back the DeLorean