He Should Be Embarrassed To Be John Brennan 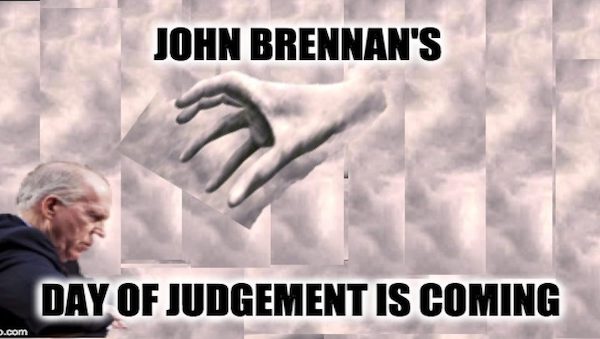 “I’m increasingly embarrassed to be a white male these days,” he said in response to some form of gobbledegook spouted by Wallace.

Here’s video as posted to Twitter by the Daily Caller:

Former CIA Director John Brennan says that he is "increasingly embarrassed to be a white male these days." pic.twitter.com/vuVrO3uLu4

The response to his statement was pretty much what you’d expect:

White males are also increasingly embarrassed that Brennan appears to be a white male.

As a white male, I am increasingly embarrassed to have Brennan as the same race and gender.

This is the guy who lied under oath to Congress about the NSA’s warrantless wiretapping program, right?

He should be embarrassed to be John Brennan.

He should, but he’s not. No, he’s embarrassed to have been born white and male.

Of course, he HAS to spew this nonsense, especially since he’s on MSNBC, a network apparently devoted to dividing Americans while spewing lies and insane liberal conspiracy theories.

John Brennan was one of Obama’s most loyal soldiers and a perjurer. When testifying before congress, Brennan swore the dossier did not “in any way” factor into the CIA’s assessment that Russia interfered in the election to help Trump. However, congressional investigators suggest a still-classified version of the January 2017 intelligence report contradicts his claim. Also in his May 2017 testimony, Brennan swore he had no idea who commissioned the dossier.

Former CIA field operations officer Gene Coyle, a 30-year agency veteran who served under Brennan, said he was “known as the greatest sycophant in the history of the CIA, and a supporter of Hillary Clinton before the election.” Adding, “I find it hard to put any real credence in anything that the man says.”

Look, we have no doubt that it sucks to be John Brennan. But even after putting up with John Brennan, we don’t automatically have a problem with white males.