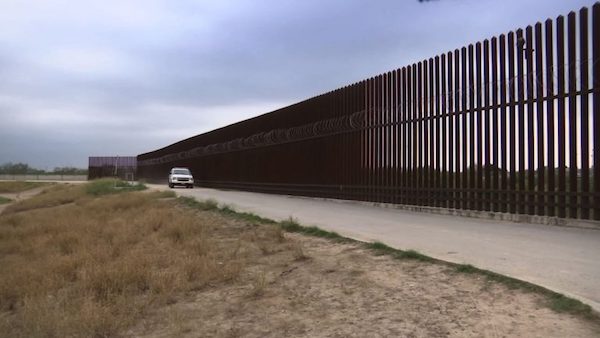 Construction workers are buzzing with work along a 126 mile-long portion of the United State’s southern border with Mexico, as a wall is being erected with the goal in mind of reducing the number of illegal immigrants able to cross over into our country. An already completed section of the wall located in Arizona is said to be delivering impressive results. border wall positive results

The back and forth between smugglers and Border Patrol continued after Porvaznik took over the region in 2015. Arrests of illegal immigrants doubled. During last year’s border crisis, up to 60% of his agents were so overwhelmed with illegal immigrant arrests, half of whom were families, that taking care of detainees took up more time than their normal law enforcement duties. The “hodgepodge” of existing barriers was not cutting it.

The new wall is comprised of six-inch square posts filled with concrete. A gap of four inches was left between each post to allow agents to see through the fence when looking straight at it. The only downside to agents is that a five-mile stretch of the border will not get new wall because the land belongs to the Cocopah Reservation. This area is where agents are seeing the most illegal immigration right now, an indication of the new wall’s success at preventing illegal entries.

Agents suspect that when the coronavirus pandemic passes and they are no longer able to immediately return illegal immigrants south of the border, as they have been able to, more will attempt to sneak into the U.S. With so many miles of new wall in place, Porvaznik thinks his agents now actually stand a chance at holding the line.

“We’re much better positioned right now to deal with that traffic when they do come than we have been in the past,” he said.

Liberals have been telling us that these sort of fences will not work to keep folks out of the country, but that’s obviously not the case. Sure, individuals bent on crossing the border illegally will somehow manage to find a way, but many will also be discouraged by the difficulty posed by this wall. And if they try, the fence will slow them down, giving our border agents more time to “greet” them.

In and of itself, that will reduce the strain on border patrol officers and enable them to better protect it without feeling outnumbered or outmatched. Trump was right about the wall, just like he’s been right about so many other issues.