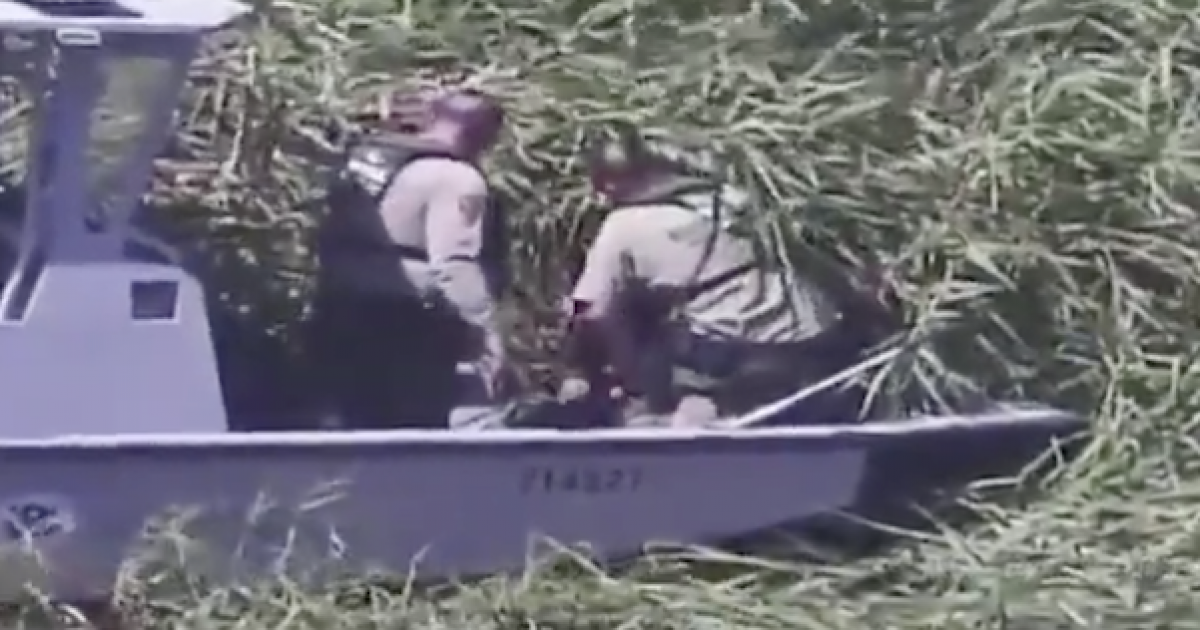 The border patrol gets very little appreciation for the job they do, even when they save kids’ lives, which happens often.

While they get clobbered by liberals for any perceived mistakes they make, the good never gets reported by the liberal-controlled media

Here’s the latest example of heroic border patrol agents from our friends at Next News Network:

Once again, Border Patrol Agents save the day and do it without thanks or glory.

So I will say it.

The media and radical Democrats seem to attack our Border Patrol agents every chance they get. What they don’t show you are the incredible feats of good they do to save lives.

The video captured this last Saturday shows a human trafficker trying to sneak the illegal immigrants around the border wall by water. When he notices the border patrol is coming, he throws them both into the river and speeds away.

Luckily for the two illegal immigrants, Border Patrol agents showed up and quickly pulled them out of the water.

According to reports from the CBP, the two smugglers were taken in for processing immediately afterward.

Hundreds of illegal immigrant families been locked in the back of trucks and left in the desert to die. Who saves them? The US Border Patrol.

The Border Patrol has a truly thankless job and I try very hard to shine a light on that.

The Democrats try to propagandize them.

U.S. Border Patrol Patrol Came Under Heavy Fire From Mexico Side of the Rio Grande

The REAL Kids at the Border Problem: Kids Purchased By Illegal Aliens to Help Stay In U.S.

Unfortunately, the mainstream media allows Democrats to push these false narratives and rarely corrects the inaccuracies.

Nor do they report the stories that highlight why we need to appreciate these men and women.

Border Patrol Agents do not discriminate.

Their job is to keep you and me safe from those who would bring bad intentions to America.

It is disgraceful that the Democrats show so little respect for these heroes.

In case you are not aware, those 10,000 Latino-Americans that Omar wants to lose their jobs are proud members of the Border Patrol — which is about 50% Hispanic.

These men and women are heroes, no matter what the Democrats or liberal media says.