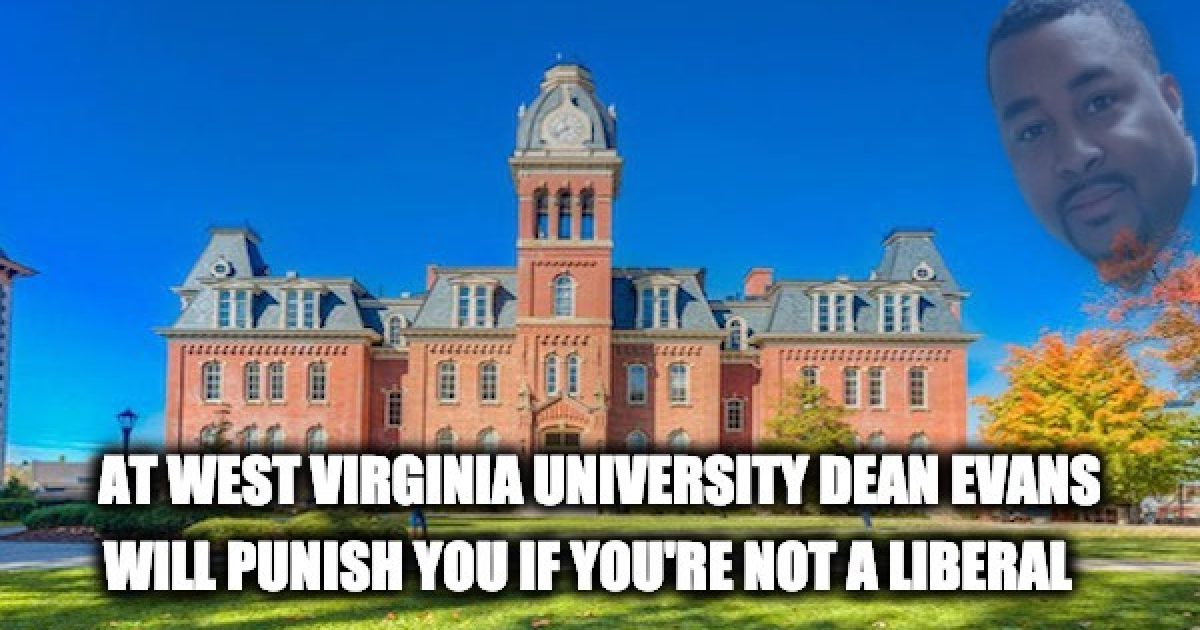 Trump-loving student Joseph Cortese who’s a fourth-year student at West Virginia University was sent an email from the Assistant Dean for the Office of Student Conduct, LiDell Evans, informing him he was under investigation, after sharing a picture of a Halloween costume to his Instagram account.

In the picture, the guy is wearing a black t-shirt with “Border Patrol” written in yellow lettering and a hat with the initials ICE that stands for Immigration and Customs Enforcement.

He is pretending to handcuff a female student in silver hotpants with a piece of paper reading “ILLEGAL” pinned to her lavender crop top.

In the letter Assistant Dean LiDell Evans informed Joseph Cortese, a fourth-year student, that he was required to attend a meeting on Friday concerning an investigation about a photo he posted on Instagram of himself dressed as a Border Patrol agent for Halloween.

“This letter serves to put you on notice that pursuant to section 9.2 of the Student Conduct Code and Discipline Procedure for the Main Campus of West Virginia University, you are the subject of an investigation regarding alleged prohibited conduct,” Evans wrote.

Prohibited conduct? For a posting a picture of a Halloween costume? Thank goodness Evans wasn’t around when The Lid was in college. I would tell you what I wore, but this is a family site.

The email also informed Cortese that if he did not contact the office or attend the meeting, his student account would have a “hold” placed on it.

“I received this email Wednesday and have had awful anxiety since,” Cortese told The Daily Wire in an interview. “While I was trying to study for finals, this was looming on the back of my mind.”

“I know I didn’t do as well on my finals as I should have due to this,” Cortese added.

The email detailed that the complaint was received on November 6. The photo was posted before Halloween. More

If Cortese dressed like a policeman, would Dean Evans still have a conniption? After all, the roil of each is to protect Americans. Something tells me that the real issue is in Dean Evans brain no matter how tiny it may be,

Why even have a First Amendment at all if Government-supported institutions like this school, refuse to uphold it?

When he goes to this meeting, he should pull out his phone, put it on the table, and say, “I’m recording this formal meeting to make sure everyone here is on record. Please state your names for the record. But he should speak slowly and avoid using large words so the cerebrally-challenged Dean “I hate the people who protect us” Evans understands.