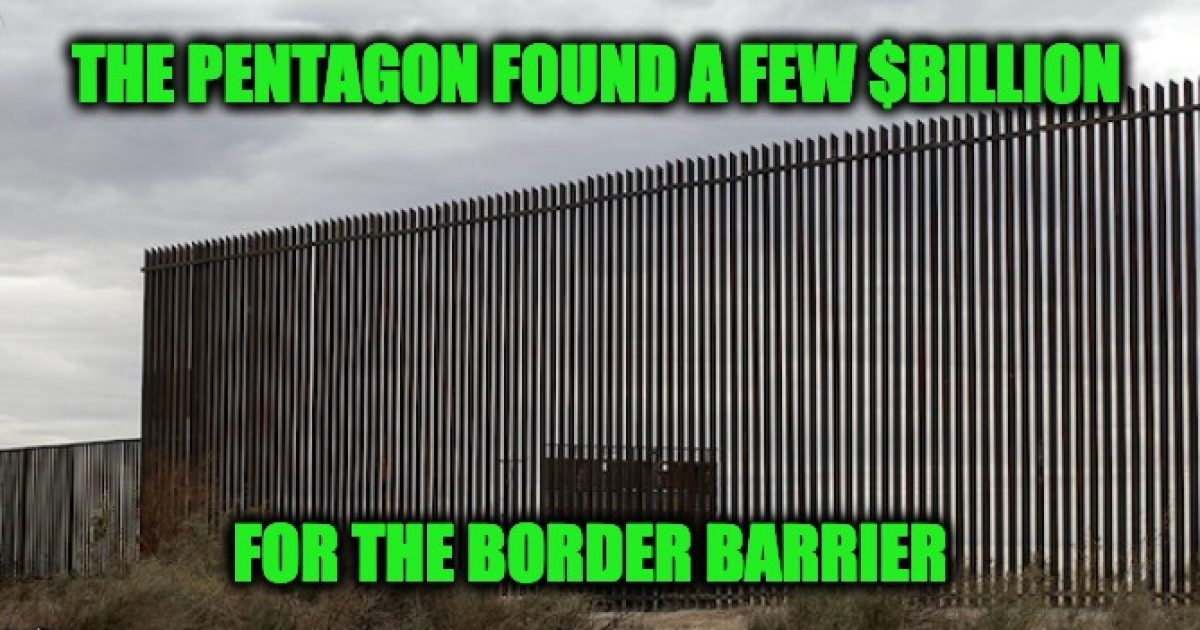 When the President asked them to find money that can be shifted to fund a barrier on our southern border, the folks at the Pentagon found much more than needed.

Democrats have been freaking out, that taking money from the military construction budget to fund the construction of a border barrier was going to destroy the military (and cancel projects that were going to spend money in their districts).  But the truth is that almost every federal government project in nearly every federal government agency has unspent money or future monies that haven’t been allocated as of yet.

Jack Reed (D-RI) one of the senators complaining about the possible loss of money spent in his state, released the Defense Department’s list of potential funding targets for the border barrier (embedded below). Reed released the list with the hopes of convincing additional congressional members to override Trump’s veto of their action to stop his emergency declaration.

Out of the $12.8 billion, the Pentagon has identified as possible sources of barrier funding, the President wants to use $3.6 billion to protect our southern border.

The Pentagon used the following criteria to come up with their list of funding possibilities:

While most of the money identified comes from the fifty states, some of the projects identified are outside the fifty, including Guam, Guantanamo Bay Cuba, Norway, Hungary, Jordan, Japan, Qatar, the UK, and the UAE.

Of course, Rep. Hank Johnson (D-GA) might be happy with funds being taken from the plans for a $27 million gym and dining facility in Guam. In the past, he has expressed worry that too many U.S. Marines on the island might cause it to tip over.

The list provided by the Defence department below, includes all projects that were not awarded as of, unawarded as of December 31, 2018