U2 Singer Bono Now Says Capitalism Gets People Out of Poverty, not Wealth Redistribution 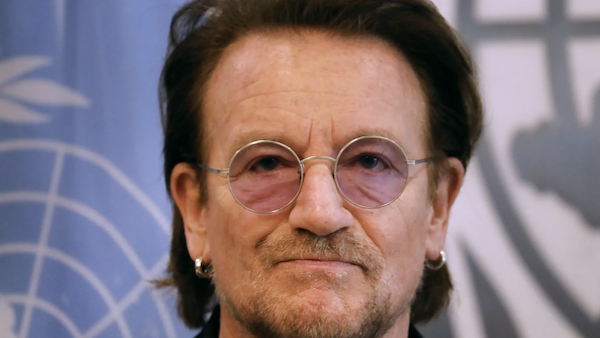 Originally a socialist, rock singer Bono now says that over the years, he has realized that capitalism is the only way to get people out of poverty, not left-wing wealth redistribution schemes.

The lead singer for chart-topping Irish rock band U2 made comments angering the left during a new interview with the New York Times on Monday, where he talked of how he started his political activism as a hard, left-winger. But now he realizes that his early ideas were woefully mistaken.

“There’s a funny moment when you realize that as an activist: The off-ramp out of extreme poverty is, ugh, commerce, it’s entrepreneurial capitalism,” he added. “I spend a lot of time in countries all over Africa, and they’re like, eh, we wouldn’t mind a little more globalization, actually. I would point out that there has been a lot of progress over the years.”

Angering the left even more, Bono even called businessmen heroes for bringing valuable jobs to people.

“Capitalism is a wild beast. We need to tame it,” Bono said. “But globalization has brought more people out of poverty than any other -ism. I’ll sign up if somebody comes to me with a better idea. I didn’t grow up to like the idea that we’ve made heroes out of businesspeople, but if you’re bringing jobs to a community and treating people well, then you are a hero. That’s where I’ve ended up.”

Then he committed the next sin as far as the left is concerned: he dissed Che Guevara.

In a video posted in 2017, Bono noted that businesses get an unfair rap from leftists.

“[We have a] snobby attitude about business and big business, we sort of demonize it,” he said. “And actually, you know, you go to the developing world, and jobs are the most dignifying thing you could offer somebody. Because people have work, they can sort out their own problems.