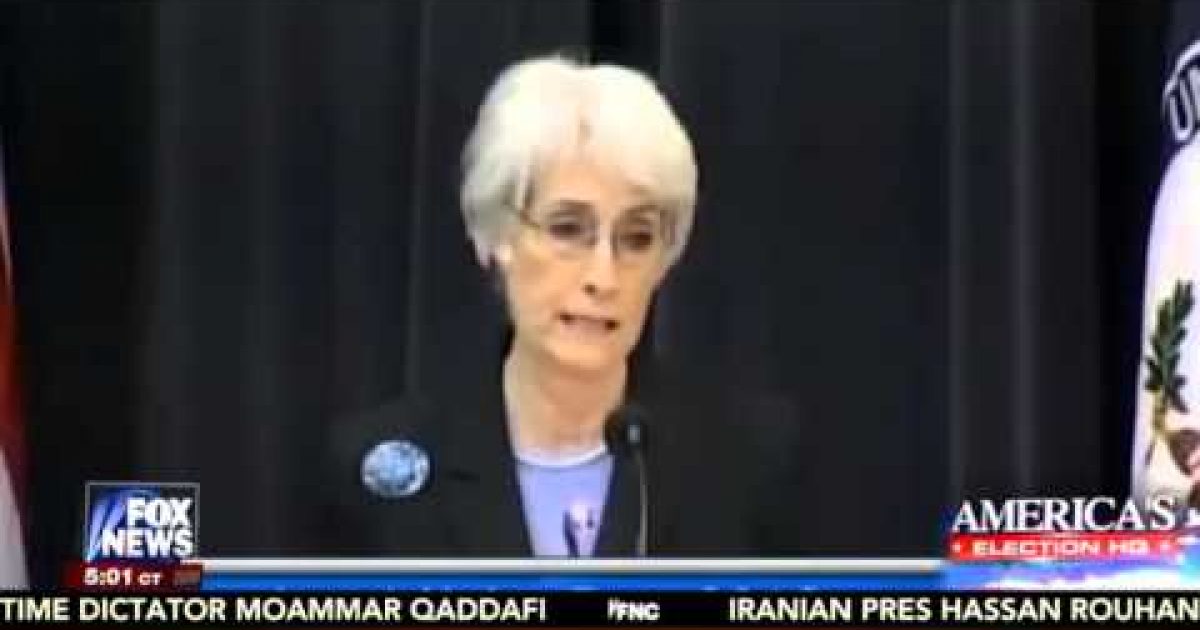 Tonight on Fox News’ “Special Report with Bret Baier,” Ed Henry uncovered a bombshell new video that shows top State Department employee Wendy Sherman bragging about the use of Blackberries to send and receive classified material. Despite the fact that in 2009 the Assistant Secretary for Diplomatic Security Eric Boswell  Boswell strongly advised that blackberry devices not be allowed, especially for top state department staff.

In the 2013 video, Sherman gives a 2011 example of Secretary Hillary Clinton emailing during a U.N. General Assembly meeting, while carrying on sensitive Middle East negotiations, and she received on her Blackberry the email below which as you can see was redacted for classified information.

In the video embedded below, Wendy Sherman accidentally outs her boss:

“Now we have Blackberries, and it has changed the way diplomacy is done. Things appear on your Blackberries that would never be on an unclassified system, but you’re out traveling, you’re trying to negotiate something … And so they sat there, as they were having the meeting, with their Blackberries, transferring language back and forth between them and between their aides to multitask in quite a new fashion, to have the meeting and at the same time be working on the quartet statement.”

Indeed, the emails Sherman references have appeared in State Department releases of  Hillary Clinton’s emails and the information has been designated classified with the following codes:

1.4 (d)  Foreign relations or foreign activities of the United States, including confidential sources

The problem is that secret information like that isn’t supposed to be sent/received on nonsecure Blackberries.

I cannot stress too strongly, however, that any unclassified Blackberry is highly vulnerable in any setting to remotely and covertly monitoring conversations, retrieving e-mails, and exploiting calendars.

But as we can see by the video below that warning did not stop Hillary Clinton.