Tax credits for EVs and the vehicles, themselves are another absolute fraud perpetrated by the socialist-run Democrat Party. 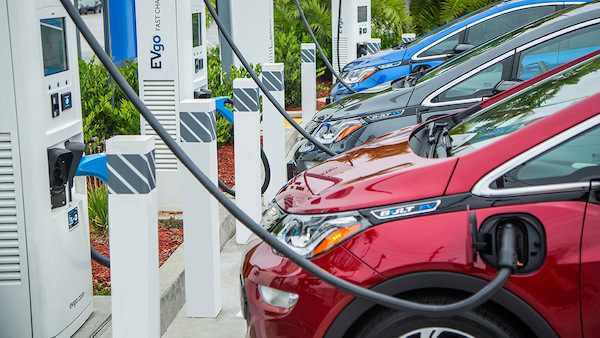 The Democrats unleashed another part of their green dream with a “tax credit” to buy electric vehicles. But there is a big problem with this “benefit.” The rules for this wonderful new tax credit don’t apply to most new electric vehicles.

In the end, this $7,500 new tax credit to buy a new electric vehicle is practically useless.

But the auto industry is warning that the vast majority of EV purchases won’t qualify for a tax credit that large.

That’s mainly because of the bill’s requirement that, to qualify for the credit, an electric vehicle must contain a battery built in North America with minerals mined or recycled on the continent.

And those rules become more stringent over time — to the point where, in a few years, it’s possible that no EVs would qualify for the tax credit, says John Bozzella, CEO of the Alliance of Automotive Innovation, a key industry trade group. As of now, the alliance estimates that about 50 of the 72 electric, hydrogen or plug-in hybrid models that are sold in the United States wouldn’t meet the requirements.

“The $7,500 credit might exist on paper,” Bozzella said in a statement, “but no vehicles will qualify for this purchase over the next few years.”

Electric Vehicles aren’t as green as people believe. Much of the electricity produced in the United States comes from coal-fired plants. Or, to put it another way, to some degree, electric cars use fossil fuel to prevent the use of fossil fuel.

EVs use batteries made from lithium, cobalt, and manganese. When liberals talk about the energy efficiency of electric cars, they forget to include the environmental costs of mining those rare metals needed for batteries.

Tax credits for EVs and the vehicles themselves are another absolute fraud perpetrated by the socialist-run Democrat Party.