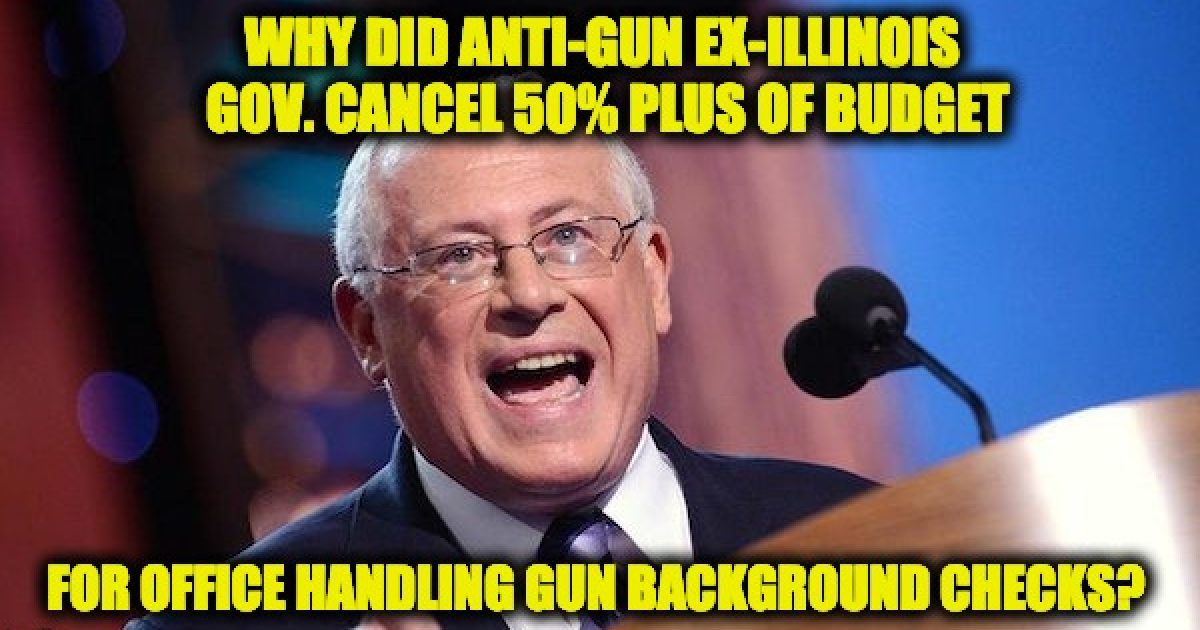 Writing at Rasmussen Reports, award-winning broadcast journalist John Stossel has decried what he calls “bogus gun research” that is all-too-often quoted without verification by the establishment media, while other writers at other forums are criticizing the pointless nature of demanding more gun control following the Aurora, Illinois workplace shooting.

Taken together, it’s a timely condemnation of the gun control movement, which has been somewhat revived due to Democrat victories in November. Invariably, it appears, anti-gunners are relying upon, if not somewhat inventing, unreliable data to push their gun prohibition agenda.

Stossel, for example, pans the “sloppy reporting by lazy media” for allowing politicians such as Sen. Elizabeth Warren to have tweeted that “Gun violence is an emergency. Climate change is an emergency.”

Stossel then rips reports that assert the United States has had shootings at “hundreds of schools” by noting last year’s NPR investigation that could verify only 11 of those reported incidents actually happened. “Good for NPR,” he writes, “for checking out the Education Department’s claim.”

By no small coincidence, Stossel quotes economist and researcher John Lott, president of the Crime Prevention Research Center, who famously declared one controversial report on mass shootings to be “academic malpractice.”

Lott takes his own turn at the critic’s keyboard at Townhall, where he chastises gun control advocates for exploiting last Friday’s Illinois workplace shooting that claimed five lives to push their political agenda. Others are doing likewise, noting—as does Lott—that the killer, Gary Martin, had passed background checks before he purchased the handgun used in the shooting despite a 1995 felony conviction in Mississippi.

That conviction would have disqualified Martin, but the background check done in Illinois to approve his application for a Firearm Owner’s Identification (FOID) card didn’t catch it.

What did sack Martin was his fingerprint application for an Illinois concealed carry permit. When his background was revealed, his carry permit application was immediately denied, and State Police revoked his FOID card and reportedly notified him to relinquish his .40-caliber Smith & Wesson pistol. There was apparently no follow-up, and he never surrendered the gun. That was five years ago.

About that, Lott explained, “the errors that occurred in Illinois were a result of dramatic cuts in funding for background checks.”

“In a swipe at gun owners,” Lott asserted, “Governor Pat Quinn cut more than half of the budget for the Illinois state police office that handles these checks. Quinn, an ardent gun control advocate, did this to create long backlogs and delays in issuing Firearm Owners’ Identification Cards. Sometimes it seems that Democrats just want to make life difficult for gun owners.”

Writing at The Federalist, Madeline Osburn noted that the Illinois shooting is more evidence of why gun control doesn’t work.

“Like many other mass shootings,” Osburn observed, “the criminal was able to carry out an act of violence not because of a lack of gun laws, but because of a bureaucratic failure to enforce the existing ones.”

Still, after every new gun-related tragedy—dubbed “gun violence” by the anti-gun lobby just to demonize firearms—there is a revived demand for more gun laws that more deeply intrude on the privacy of firearms owners while eroding their constitutionally enumerated right to keep and bear arms.

Rights activists across the country, and especially in states including California, New York, New Jersey, Maryland, Washington, and Oregon, have concluded that all of this anti-rights activism is ultimately aimed at erasing the Second Amendment from the Bill of Rights and eliminating private gun ownership by regulating it into oblivion.