Bloomberg Campaign Office Vandalized In TN; Was It A Bernie Bro? 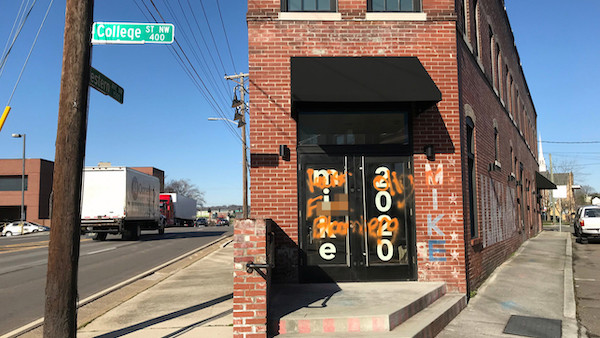 The Knoxville, Tennessee campaign office for billionaire presidential hopeful Michael Bloomberg was vandalized Thursday night, and Bloomberg’s campaign manager, Kevin Sheekey, has suggested the culprit might be a supporter of rival Sen. Bernie Sanders. However, there is no evidence to back that assertion.

The front doors of the office painted with expletives — including F**k Bloomberg” — and were plastered with posters that featured the words such as “authoritarian,” “classist” and “oligarch,” according to WVLT-TV in Knoxville.

WVLT News said there were no security cameras at the field office, so it might be challenging to find the perpetrators.

The NY Post reported this is not the first such attack. There have been similar incidents recently:

“This latest incident at our Knoxville campaign office is exactly what we’ve been warning about,” Sheekey said in a prepared statement quoted by WVLT. “We don’t know who is responsible for this vandalism, but we do know it echoes language from the Sanders campaign and its supporters. Over the past week, we’ve seen similar attacks against Mike Bloomberg 2020 offices in multiple states. Fortunately, no one has been injured. But this needs to end before someone gets hurt. We call on Bernie Sanders to immediately condemn these attacks and for his campaign to end the Trump-like rhetoric that is clearly encouraging his supporters to engage in behavior that has no place in our politics.” 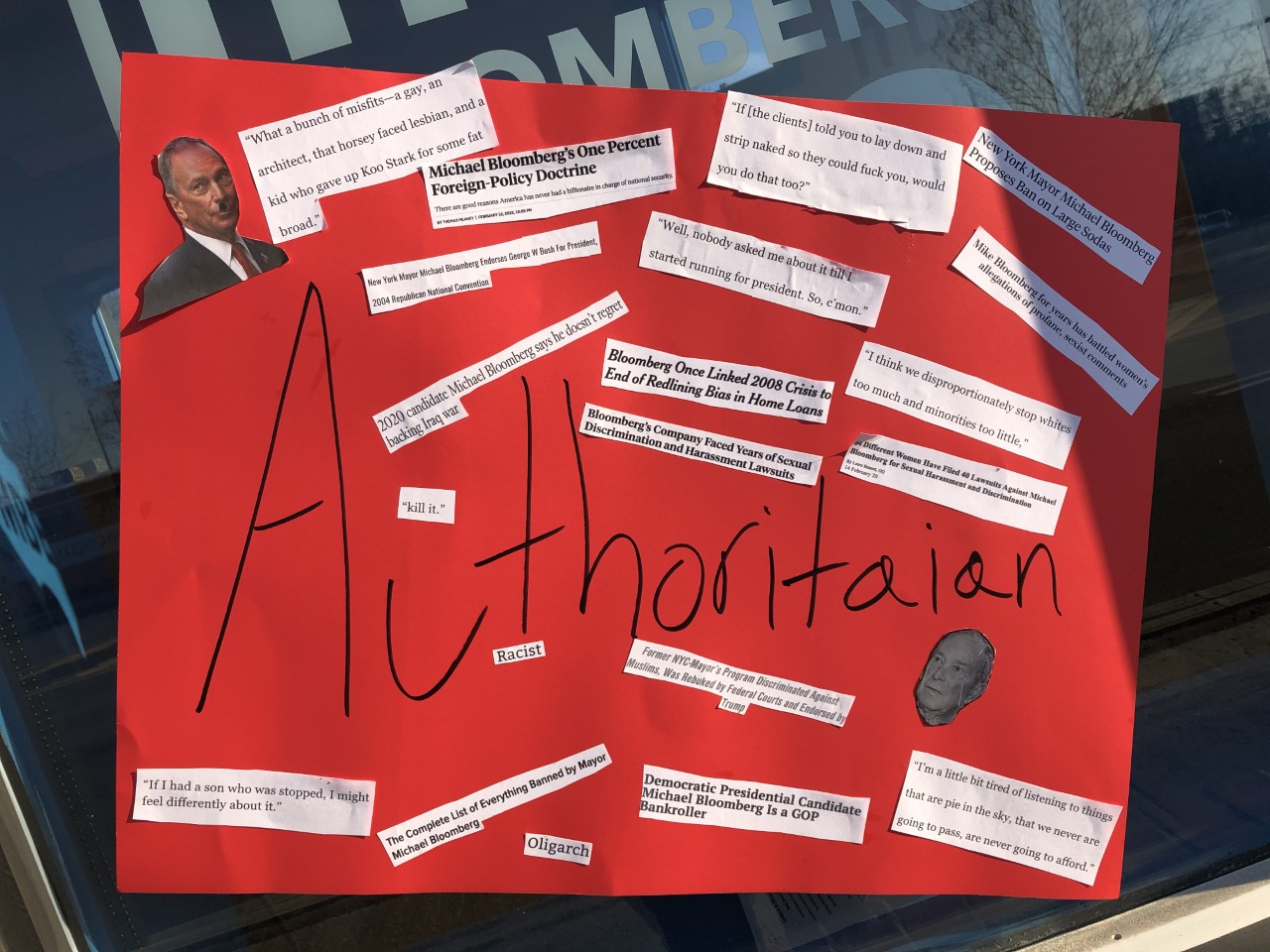 Trump-like rhetoric?  Since when does the President attack capitalism?

Bloomberg and Sanders tangled during the Democratic presidential debate in Las Vegas earlier in the week, and there could be a repeat performance when the Democrat candidates have another debate in several days. It was not a good week for Bloomberg

Bloomberg’s entry into the Democrat primary campaign has infuriated some Sanders followers who have a strong dislike for capitalism, which the former New York mayor represents undeniably, as he one of the richest men in the country. Bloomberg has spent somewhere in the neighborhood of $500 million already, and he has reportedly vowed to spend a lot more to try to defeat Donald Trump in November.