Where Are The Talking Heads And Pols While The Bloggers Who Spread Their Message Are Purged? 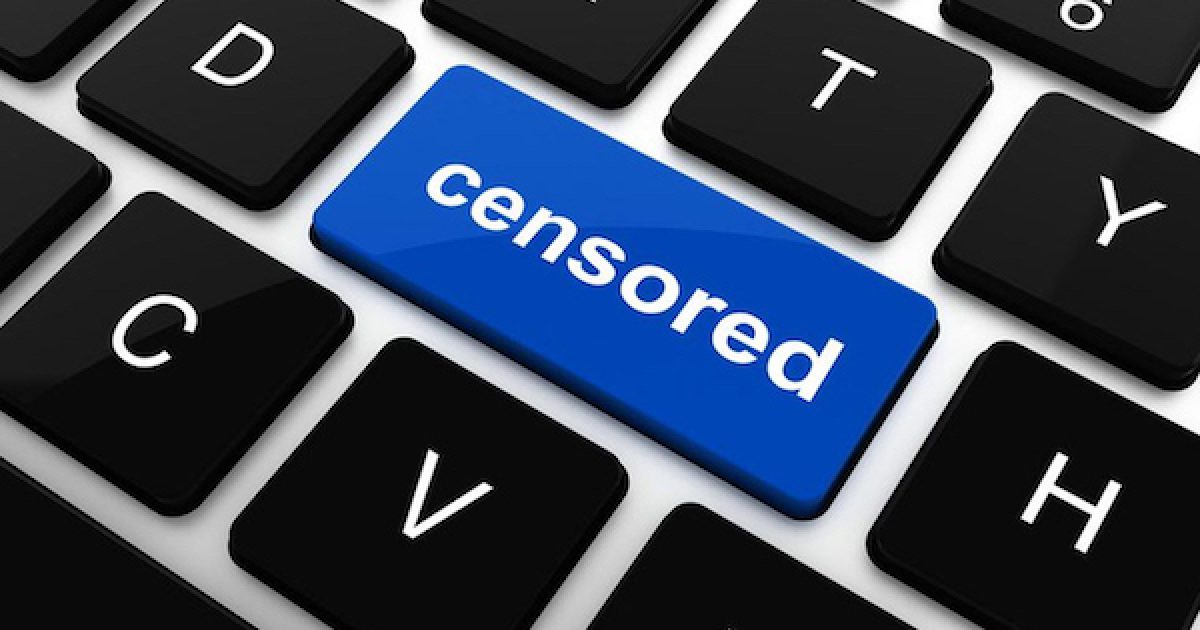 Recently my Facebook page that I built organically from the ground up was caught up in a blanketed Facebook purge. Most of you know my page. Many of you have benefited from the exposure I have given you on the page as well as my website. You see, Allen West Republic (now the Great American Republic) with 953,000 followers, always supports the best of the best. From Sean Davis and Mollie Hemingway at The Federalist to Paul Sperry at Real Clear Investigations, New York Post, right down to those who had no platform when Facebook started, the likes of former Congressman Allen B. West, former Secret Service Agent Dan Bongino, to Fox News darlings Dr. Gina Loudon CTV’s  Deneen Borelli.

I am Tanya Grimsley. My page was taken from me unjustly, unfairly and with lies masked as new rules. Newly created Facebook rules that don’t even apply to my page or my personal profile to which was also removed from Facebook.

As you can see here on my website I provide valid sources, give full credit to each writer, and I only post from trusted reliable news sources. CNN, NBC, ABC, Fox News, Politico, Breitbart, Daily Caller, Daily Wire, Hot Air, the Blaze and more ….. All of these news sources are blue check marked on Facebook and Twitter. All proper link-backs, citations and proper block quoting used on each and every article. My father Paul and I summarize and give a brief introduction to every article and then direct all traffic to the site we borrowed a small portion of their content from. None of what Facebook has given as reasons for purging my profile and page fall in line with anything that was given as a reason.

(Note: Media Matters has taken it upon themselves to list this quality website as fake news which is slander and libel. This article proves who is driving the truck for getting all the conservative sites taken down. Media Matters.) Prove it Media Matters. There is ZERO fake news on this site. [Jeff’s note: another example of Media Matters’ accuracy is when they called this Jewish activist an anti-Semite]

I reached out to my Facebook Representative and for the first time was given a blanket reply. No personalization, knowing she has helped me numerous times before. Including my hacked account this year and being tossed in Facebook jail for a silly meme for 30 days.  Here is what she said:

Here is more information on why Facebook has made the decision to remove your account and pages from the platform, along with 559 Pages and 251 accounts that have violated our Spam and Coordinated Inauthentic Behavior (CIB) policies.

The pages are being removed for inauthentic and spamming behavior on the platform. Our team has detected the use of fake accounts or multiple accounts with the same names or by accounts not under your name. These posts then link to websites that are entirely separate from Facebook and seem legitimate, but where most of the content is ads. These accounts have also posted the same clickbait posts in dozens of Facebook Groups, often hundreds of times in a short period, to drum up traffic.

The artificial engagement generated by inauthentic behavior, whether through the use of multiple accounts, fake accounts, and/or ad farms cannot be used to inflate and mislead people about your page’s popularity.

Second, we proactively took down a network of financially motivated, political accounts and Pages, for violating our spam and CIB policies. You can learn more about the decision here:https://newsroom.fb.com/news/2018/10/removing-inauthentic-activity/

Today’s decision was based on violations of Facebook’s existing spam and coordinated inauthentic behavior policies, the type of content posted by all accounts impacted was not a factor.

My page represents my website. My posts from my website go to my Facebook page. There is nothing inauthentic, nothing misleading, nothing that even resembles anything as described in this generic reply.

Here are some hyped up headlines no different than anything you would see on my website. The difference is they are on sites run by liberals. (Click on images to enlarge)

So I ask you, Ben Shapiro, Dan Bongino, Former Congressman Allen West, Paul Sperry, Sean Davis, Charlie Kirk, conservative politicians and the rest of you that still have your Facebook and Twitter accounts with your blue checkmarks:

What about the major stake we all have in this?

How will you keep the conservative base informed and getting them to turn out? They cannot be informed if you have no voice. Our voices. They have been purged. You have been silent.

What? You see good people have been taken down, yet you offer no help or turn a blind eye.

What good will your voice be when there is no one to take it further because the ones who were passing along your messages have been purged?

Where is your drive?

Why aren’t you helping us? Because Lord knows since 2009 I have helped each and every one of you I have mentioned above and many, many, others more than once.

I respectfully ask each and everyone reading this to find one bad thing you can say about this website and its creator, me, Tanya Grimsley. There is no one in my travels on social media that can find one ill word to speak and many of them have reached out in utter disbelief that my personal account that I have had since 2008 and my beloved Facebook page has been removed. >>>>> Where are your blue checkmarks? 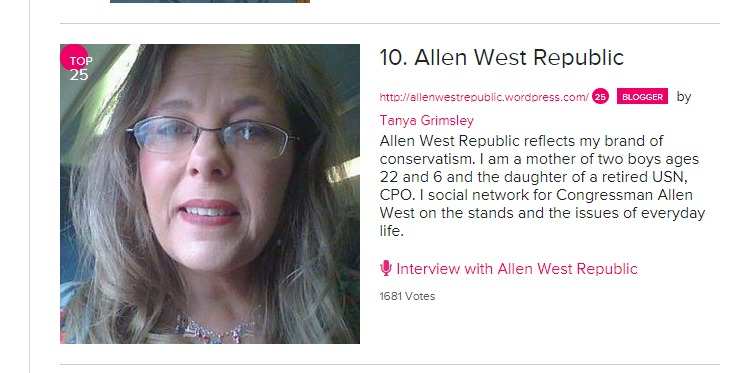 PRAISE FROM FORMER CONGRESSMAN ALLEN B. WEST FOR HER WEBSITE: 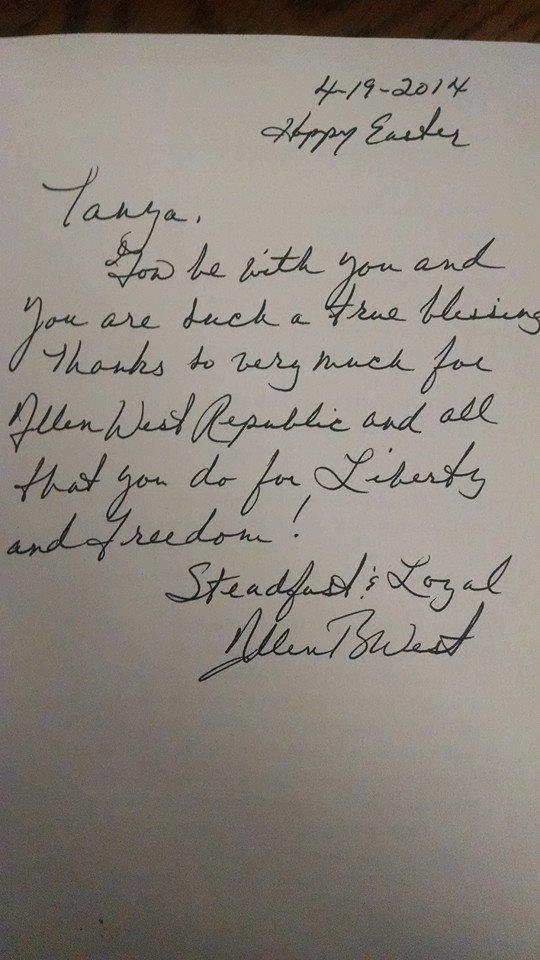