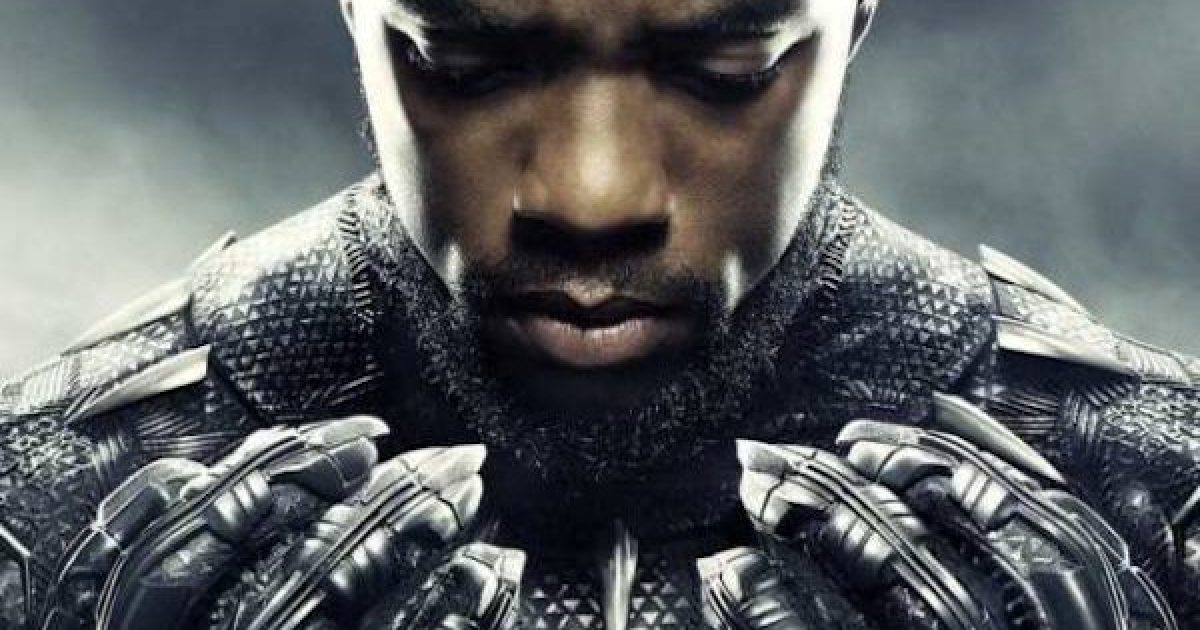 Note: This review of Black Panther reveals no spoilers

The movie begins by explaining that centuries ago, five African tribes went to war over a meteorite containing vibranium. One warrior ingested a “heart-shaped herb” that was affected by the metal and gained superhuman abilities. He became the first “Black Panther” and united all tribes (except the Jabari Tribe who declined) to form the nation of Wakanda. Over time, the Wakandans used the vibranium to develop technology more advanced than anything we see in the modern, western world and they isolate themselves from the world by posing as a Third World country.

As we know from Captian America Civil War, Wakanda king T’Chaka is killed while making a speech at the UN, leaving his son T’Challa (played by Chadwick Boseman)to take over. What follows is a political struggle between three camps; one follows T’Challa’s father’s philosophy of complete isolation, a second suggests using Wakanda’s advanced technology to contribute to the world, and the third wants to use the Wakanda technology to rule over white people.

T’Challa starts in his father’s camp– he is afraid that Wakanda will be revealed for the rich paradise it truly is. Allowing outsiders to know the true Wakanda would invite the greed and violence from the outside world and eventually ruin the Wakandian paradise. But T’Challa is struggling internally because he is not as cold-hearted as his dad. He sees the poverty, human trafficking, and other injustices throughout the world and knows his country could help solve them— but does he dare?

T’Challa becomes the Black Panther often in the movie, but it’s usually tied to his responsibility as King, his desire to protect his kingdom, and ultimately to fight for his rightful place on the throne.

Nakia (played by Lupita Nyong’o) is T’Challa’s lover. She resides in the second camp. We meet her as she is trying to free kidnapped African children.  Nakia questions Wakanda’s tradition of secrecy and isolation. She believes that Wakanda’s wealth and knowledge can be used to help the world. And while she loves T’Challa she believes her role is to travel outside the country and help the helpless.

Played by Michael B. Jordan, the movie’s villain N’Jadaka (whose American name is Eric Killmonger) wants to dethrone T’Challa out of revenge, and if he usurps the king, N’Jadaka wants to wage war for the suffering and oppression inflicted on those who share his skin color by Caucasians; and using the Wakandian technology he will oppress the oppressors, and colonize and colonizers.

Protecting the king is General Okoye, the head of the all-female Wakan Army. The General’s internal struggle is whether her loyalty should be to T’Challa or the throne, whoever sits in it. Played adeptly by Danai Gurira, General Okoye is a strong powerful Patton, Mattis, type leader. Five minutes into the film one forgets her gender and sees her character as a general who strikes fear in her enemies.

T’ Challa’s teenaged sister Shuri (Letitia Wright) is not only a technological genius creating wonders for the king ala “Q” in James Bond, but she adds comic relief as the little sister who is always busting her brother the king’s chops and others’  like when.  Everett K. Ross (a CIA agent who ends up helping the Wakandans save the day) wakes and asks “Is this Wakanda?” Shuri answers, “No it’s Kansas”.

Other important characters are Forest Whitaker as Zuri a religious and spiritual figure, who is keeper of the heart-shaped herb; Daniel Kaluuya as W’Kabi, T’Challas best friend, and General Okoye’s lover, W’Kabi leads the border tribes of Wakanda; Angela Bassett as Ramonda, the Queen Mother; and Andy Serkis as Ulysses Klaue (pronounced claw) the one-armed evil mastermind, who stole tons of vibranium from Wakanda during the reign of T’Challa’s father.

The movie discusses many issues that are relevant today. As a hidden superpower country, what should be Wakanda’s role in the world? Should it use its technology to help the world?  Should it allow foreigners into the country? And if it does, will those foreigners destroy Wakanda from the inside? Should King T’Challa reach out to the  M’Baku the leader of the mountain tribe the Jabari, who doesn’t unite with the other Wakandan tribes?  And the racist villain N’Jadaka (who coincidently was born in Oakland California the home of the Black Panther party) spews rhetoric that sounds like what comes out of today’s Black Lives Matter movement.

Black Panther is different not because of its black superhero, in Marvel movies we have already been introduced to the Falcon, Storm, Blade, War Machine and my personal favorite, Nick Fury the man who created the Avengers. Black Panther is unique in its African feel via music and other cultural items.

General Okoye is not the first female hero in the Marvel movies, we’ve met Storm, Black Widow, Gamora, Electra, and others. But the General is certainly the female hero one would least want to anger.

Or as the son of a different king once said:

To be, or not to be–that is the question:
Whether ’tis nobler in the mind to suffer
The slings and arrows of outrageous fortune
Or to take arms against a sea of troubles
And by opposing end them.