Justice Kagen’s Wrong, The Bill Of Rights Is Supposed To Be A Weapon (Against Govt. Overreach) 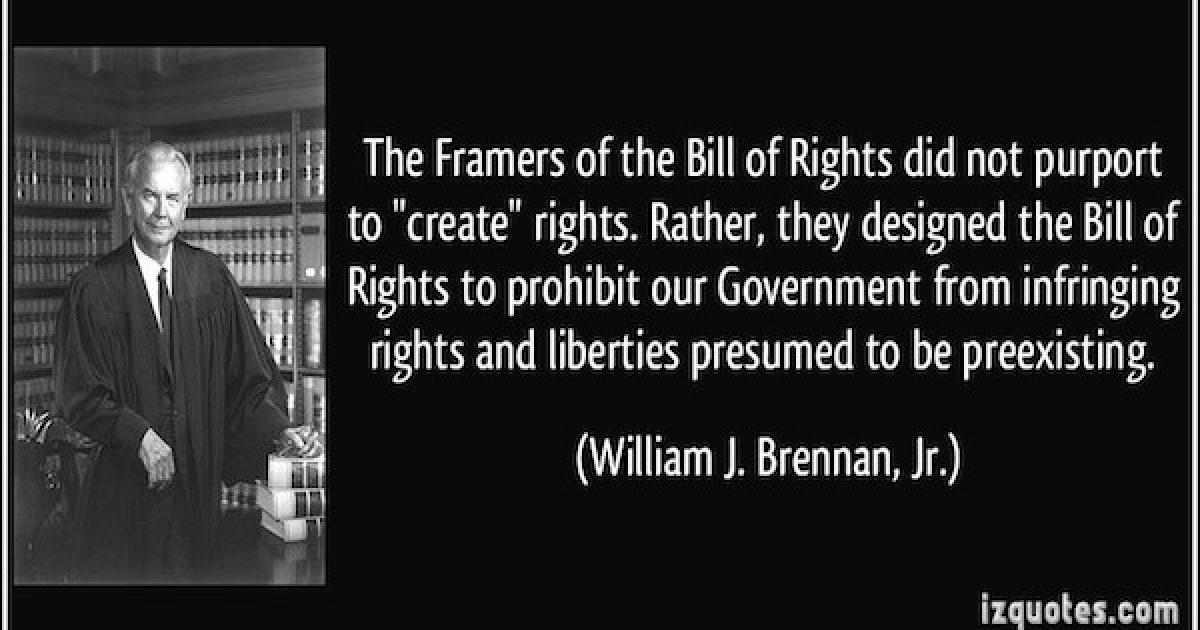 Supreme Court Justice Elena Kagan caused a minor stir this week in her dissent on the Janus case, in which the court ruled that non-members of public-sector labor unions can’t be compelled to pay “fair share” union fees. In a dissent described as “scathing,” Kagan complained that the majority decision was “weaponizing” the First Amendment of the Bill of Rights.  There are a number of complaints to make about the dissent, and I don’t intend to go into all of them here.  But this is the paragraph containing the scare word:

There is no sugarcoating today’s opinion. The majority overthrows a decision entrenched in this Nation’s law— and in its economic life—for over 40 years. As a result, it prevents the American people, acting through their state and local officials, from making important choices about workplace governance. And it does so by weaponizing the First Amendment, in a way that unleashes judges, now and in the future, to intervene in economic and regulatory policy.

Yes, I know.  The Janus decision actually does the opposite of preventing the people from making important choices about workplace governance.  And the idea that the judges are only now being unleashed to “intervene in economic and regulatory policy” is a gut-busting thigh-slapper.

But keep those thoughts for another day.  The important point for this post is a very basic one.  It goes past the specifics of precedent and legal arguments to the concept of government that lies in the people’s sphere, and theirs alone.  It’s not about what lawyers or judges think.  It’s about what the people affirm and agree to as our philosophy of government, the compact between man and the state.

It’s simply this.  The First Amendment, like all the amendments in the Bill of Rights, was meant to be a weapon.

“Weapon” is not a scare word here.  Kagan means it as one, but for the survival of our republic, we have to cowboy up and listen with different ears.  The Bill of Rights is a defensive arsenal against tyranny and overweening compulsion, and it was meant to serve as exactly that.  It was meant to stop schemes of compulsion against the people in their tracks.  It was meant to fence off the people’s rights in such a way that sudden “good ideas” from political factions cannot override the Bill of Rights’ protections.

Think of it as “smart armor” or “missile defense.”  The swordsman’s shield.  The people’s bullet-proof body armor.  The small arms that deter the use of the bigger ones, and make intimidation of the people by the state too hard – too costly – if not impossible.

The Bill of Rights was meant to restrain government.  It was meant to tell the government that it cannot confer the privilege on factions – such as unions – of compelling subsidies that have an inherent political-speech content.

Where there is disagreement on issues and principles, the intent of the Bill of Rights is to come down against compulsion.  The U.S. Constitution is full of restraints on government and provides for a relatively short list of enduring compulsions on government.  But it is not about concepts of compulsions on the people, as instances of what Kagan calls “workaday economic and regulatory policy.”  It enshrines a tiny handful of them only by implication; e.g., if Congress has the power to levy taxes, the payment of those taxes is rather obviously a compulsion on the people.

The compulsions we have today arise entirely from the great expanse of what the Constitution doesn’t say.  That’s the expanse in which legislatures make statutory law.  Many of those laws entail compulsions on the people, to be sure.

But the purpose of the Constitution was to say enough to set boundaries on how compulsions could be levied on the people.  The Bill of Rights is an armed sentry at those boundaries.  Governments are not supposed to cross them.  Stopping such overreach, and the tyranny it fosters is why the Bill of Rights is a set of defensive weapons.  It’s not there to negotiate or give way, no matter how urgent you say your workaday policy is.  It’s there to function like a weapon.  It’s there to stop overreach cold.