The Bill of Rights 226 Years Old Today And Under Attack 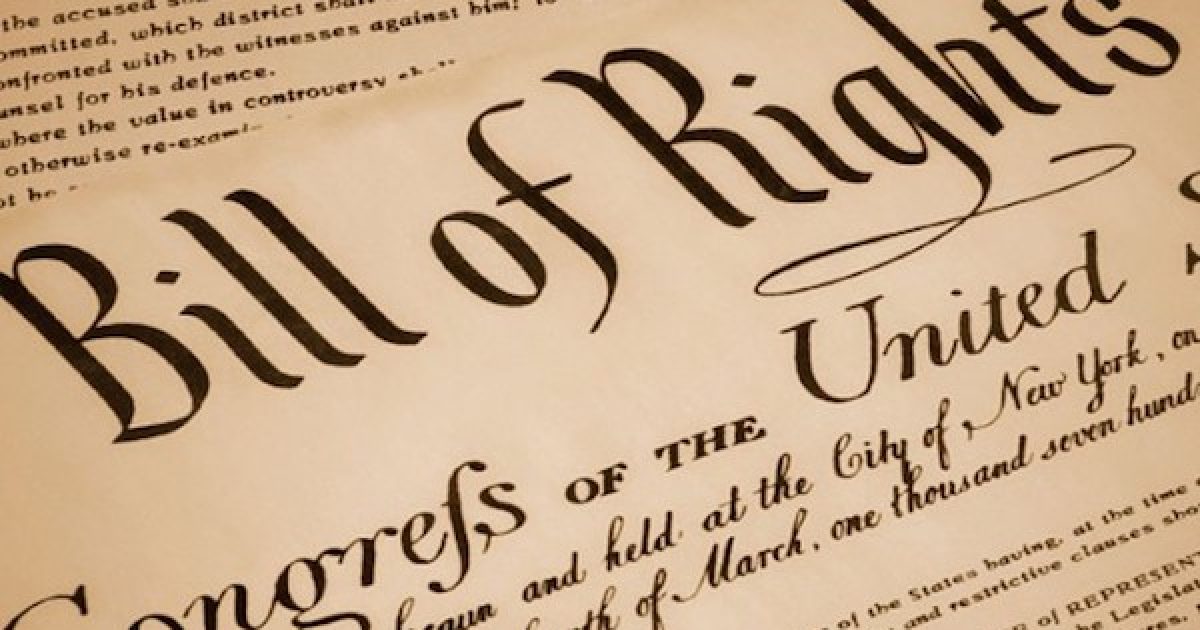 Two hundred and twenty-six years ago, on December 15, 1791 the legislature of the great state of Virginia approved ten amendments to the Constitution of the United States (which at the time was only two years old). Those first 10 amendments to the Constitution known as the Bill of Rights, was written to answer the critics of the new constitution who said the document didn’t protect individual liberties. In recent years progressive politicians have tried to weaken those rights.

Written by future president James Madison, originally there were 39 amendments proposed. The House approved seventeen of the amendments, the Senate twelve. Out of the twelve amendments submitted to the states only ten were approved and became the Bill of Rights (amendments 3-12 were approved).

Originally Madison wanted these rights added to the body of the constitution, but his fellow members of the house felt the Congress did not have the authority to change the wording of the Constitution, so they were submitted as amendments.

Interestingly the original second amendment was approved in 1992, 202 years after being submitted to the states. Now the 27th amendment, it says, “No law, varying the compensation for the services of the Senators and Representatives, shall take effect, until an election of Representatives shall have intervened.”

The original first amendment which said there should be no less than one congressman for every 50K citizens fell one state short (with the addition of new states since then, today it would need to be approved by another 27 states to be passed.  If you think Congress is unworkable now just imagine if this amendment was passed.  At a rate of one Rep. per 50K and a U.S. population of approximately 320 million, there would be 6,400 members of the House of Representatives.

The importance of the Bill of Rights is a list of limits on government power. It is designed to keep government off our backs by setting lines over which the government cannot pass.  This is a reason why the progressive’s  bills unduly restricting gun rights are so dangerous, they infringe on the basic rights officially approved by the States 226 years ago today.

But the attacks are targeting more than the second amendment, below are some more examples:

The First Amendment freedom of religion was never meant to ban faith from becoming part of the government, it was meant to ban government from controlling faith. And most recently the government has tried to control religion and if you don’t believe me…just ask The Little Sisters of the Poor.

The Fourth Amendment seems to have been violated by some of our intelligence community, especially with the unmasking of Republican political figures during the 2016 campaign, and the targeting of conservative groups by the IRS during the 2012 campaign.

And the Tenth Amendment which says that anything not covered in the constitution is a power of the state government. Or as described by Madison in Federalist #45:

The powers delegated by the proposed Constitution to the federal government are few and defined. Those which are to remain in the State governments are numerous and indefinite. The former will be exercised principally on external objects, as war, peace, negotiation, and foreign commerce; with which last the power of taxation will, for the most part, be connected. The powers reserved to the several States will extend to all the objects which, in the ordinary course of affairs, concern the lives, liberties, and properties of the people, and the internal order, improvement, and prosperity of the State.

That was until the 1941 Supreme Court case United States v. Darby Lumber Co., which ruled that the federal government could regulate labor in businesses whose operations did not cross state lines. That case began the slippery slope of liberal federal governments getting on the backs of the American people.

Despite the way some of our politicians and bureaucrats have tried to poke holes in the Bill of Rights, the Constitution and those first ten amendments approved 226 years ago today, make these United States of America the freest nation God ever allowed to operate on this earth.

For those of you who (like me) do not have The Bill of Rights memorized, below is the text of the first ten approved amendments to the constitution,

The Bill Of Rights – Full Text

Congress shall make no law respecting an establishment of religion, or prohibiting the free exercise thereof; or abridging the freedom of speech, or of the press; or the right of the people peaceably to assemble, and to petition the government for a redress of grievances.

No soldier shall, in time of peace be quartered in any house, without the consent of the owner, nor in time of war, but in a manner to be prescribed by law.

No person shall be held to answer for a capital, or otherwise infamous crime, unless on a presentment or indictment of a grand jury, except in cases arising in the land or naval forces, or in the militia, when in actual service in time of war or public danger; nor shall any person be subject for the same offense to be twice put in jeopardy of life or limb; nor shall be compelled in any criminal case to be a witness against himself, nor be deprived of life, liberty, or property, without due process of law; nor shall private property be taken for public use, without just compensation.

In all criminal prosecutions, the accused shall enjoy the right to a speedy and public trial, by an impartial jury of the state and district wherein the crime shall have been committed, which district shall have been previously ascertained by law, and to be informed of the nature and cause of the accusation; to be confronted with the witnesses against him; to have compulsory process for obtaining witnesses in his favor, and to have the assistance of counsel for his defense.

In suits at common law, where the value in controversy shall exceed twenty dollars, the right of trial by jury shall be preserved, and no fact tried by a jury, shall be otherwise reexamined in any court of the United States, than according to the rules of the common law.

The powers not delegated to the United States by the Constitution, nor prohibited by it to the states, are reserved to the states respectively, or to the people.