Bill Clinton Accused Was of Sexual Assault 15x, Why Is He Treated Like A Hero? 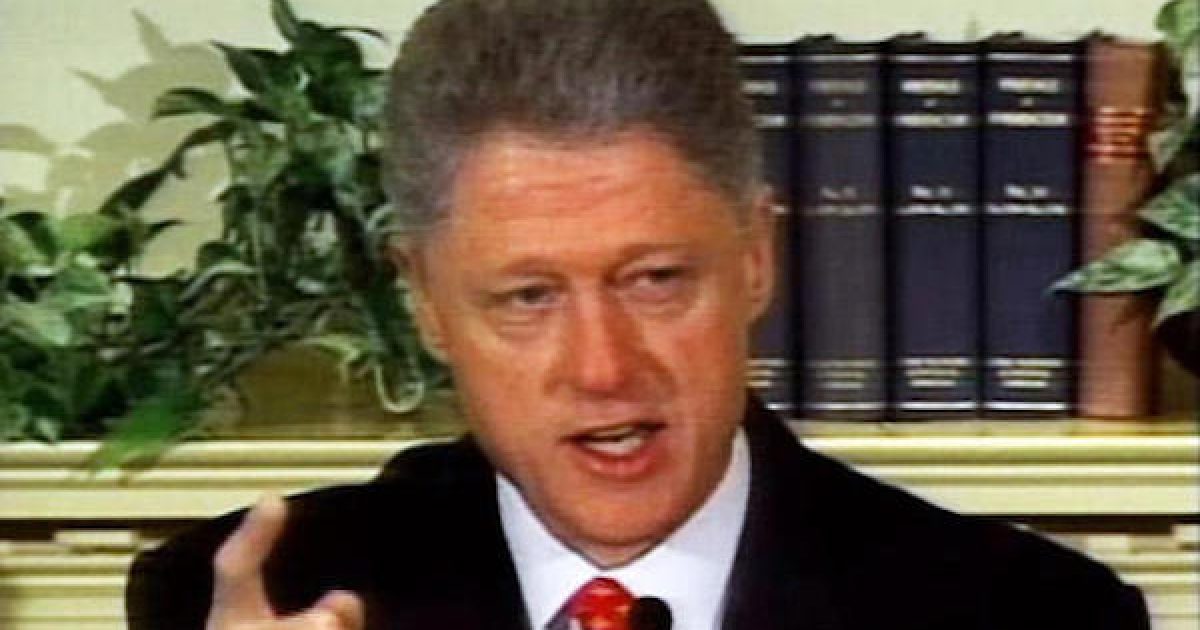 The fact that the Democrats and the mainstream media are all over Judge Moore and expect every Republican to call for his resignation is simply hypocritical. Especially when one considers that Bill Clinton has been accused of sexual assault at least fifteen times and most of the cases have been ignored by the MSM and the party. Not only is the former president treated with reverence and his opinion is sought after. Perhaps Democratic leaders should be asked if the media should be interviewing the former president despite the fact that he may have sexually assaulted 15 or more women.

The below are 15 different cases of sexual assault or attempted assault committed by former president Bubba Clinton. This doesn’t include the women Bubba had consensual affairs with such as  Gennifer Flowers, or Sally Miller, only the women he forced or tried to force to have sexual contact without their permission. Also included in that category is  Monica Lewinsky, while it was consensual and she was of age, Clinton used his superior position to have sexual contact with an intern.

Juanita Broaddrick who claims she was raped by Bill Clinton and Hillary tried to silence her. “she says, he got her onto the bed, held her down forcibly and bit her lips. The sexual entry itself was not without some pain, she recalls, because of her stiffness and resistance. When it was over, she says, he looked down at her and said not to worry, he was sterile–he had had mumps when he was a child.”

Helen Dowdy, the wife of Hillary Clinton’s cousin, claims she was groped by Bill Clinton at a wedding in 1986. She told Jerry Oppenheimer, the author of State of a Union: Inside the Complex Marriage of Bill and Hillary Clinton

Then, of course, there is Monica Lewinsky.  Technically this one was consensual,  but IMHO when a married President of the United States takes advantage of a 21-year-old intern…it’s seems pretty close to statutory rape. But along with the affair, the media and the Democratic Party joined with Hillary Clinton in an effort to destroy Lewinsky.

None of the above is meant to add to or take away from the charges against Judge Moore, on to point out the hypocrisy of how Moore is being treated and how it is filtering down to other Republicans. I don’t live in Kentucky and even if I did I probably would have chosen to sit out the election and not vote for him even before the sexual assault charges. I am a believer in the constitution and when Judge Moore refused to honor a decision by the Supreme Court, whether it was good or bad,  the Judge was dishonoring the constitution which makes the Supreme Court is the highest court in the land. But I also believe in fairness and this is one more example (or 15 more examples) of how Republicans are treated differently.