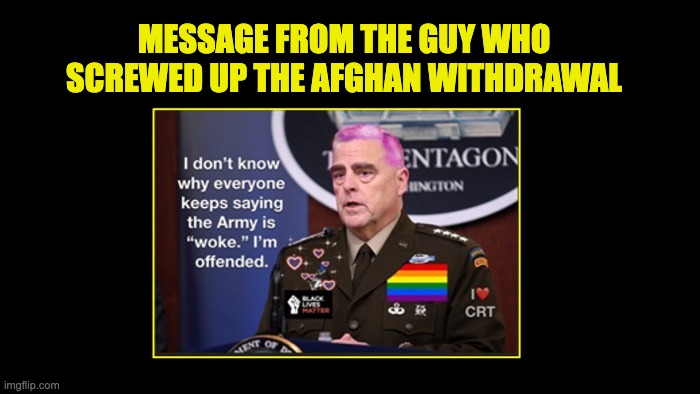 The left is steadily undermining the U.S. military with woke ideology, filling the heads of cadets and soldiers with gender identity politics, anti-white ideology, and anti-Americanism instead of fostering their military readiness.

FOR ONE, J. A. Cauthen, a graduate and former faculty member at the Naval Academy, is warning that wokeness is destroying our military readiness

According to the National Review, Cauthen writes, “In early 2021, the Naval Academy published a Diversity and Inclusion Strategic Plan, a complementary compendium to its 2030 Strategic Plan. This vision will erode future officers’ competency and imperil our national security if achieved. Endorsed and signed by all senior Naval Academy leadership, from the superintendent to the academic dean and provost, the plan will set the tone and tenor of future DEI initiatives and programs, with enforcement centralized through the Office of Diversity, Equity, and Inclusion (ODEI). Drafted and promulgated by ODEI, some published objectives and actions read like bygone Soviet and Maoist slogans. To describe these as troubling is charitable; pernicious and punitive are more apt descriptors.”

Diversity and inclusion will now infect the curriculum, displacing needed training with moronic political blather. Cauthen continues, “To ensure full indoctrination, the Naval Academy published, in early 2022, a formal instruction creating what is being called the Diversity Peer Educator Program (DPE). This program requires that midshipmen ‘be taught appropriate terminology [and] facilitation techniques and . . . given the necessary skills and tools to discuss sensitive topics among their peers.’”

Fox News looked into over 50 schools, selected at random, at the Department of Defense Education Activity, which services over 66,000 military-connected children in the Americas, Europe and the Pacific. The investigation found that over the past two years, DoDEA has been stuffing antiracist literature into nearly every single school library.

One of the most common books provided to military children included a conspiracy theory on Stacey Abrams’ claims that voter suppression played a factor in her losing the 2018 Georgia gubernatorial race.

The Pentagon’s DoDEA schools also included books from its diversity chief – Kelisa Wing – who was put under probe for her statements about White people on Twitter. Wing also promoted – in her capacity as a DoDEA employee – a book which referred to 9/11 first responders as “menaces.” Fox News Digital found this book in DoDEA libraries.

We reported Biden’s military officials are already indoctrinating our soldiers into thinking that “gendered language” is terrible for our military.

It has led one top admiral to say that the U.S. is simply unprepared to fight the next big war, whether it be Russia, China, or anyone else.

Despite all this jury-rigging of our military and turning it into a weaker force, Biden and Obama both defined our military veterans as “domestic terrorists.”