Especially If The Lawbreaker Is An Illegal Alien 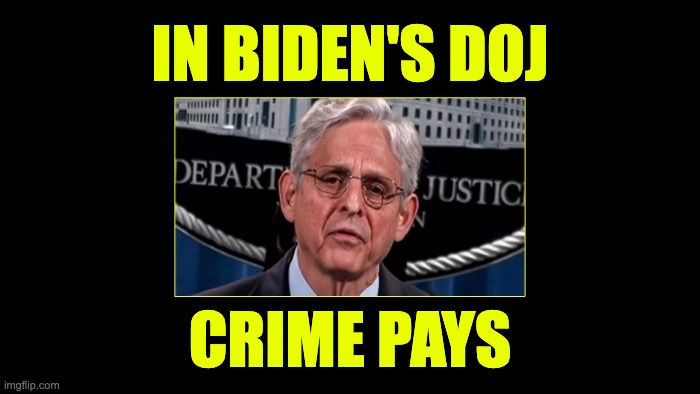 Representative Tom McClintock (R-CA), Ranking Member of the House Judiciary Subcommittee on Immigration and Citizenship, has introduced legislation that would prevent the Attorney General from making settlement payments to individuals and families who entered the United States illegally.  It is a direct response to reports that the Biden Administration proposes paying as much as $450,000 per person to compensate families that unlawfully entered the United States.

McClintock explained to Fox News the Illegal Immigrant Payoff Prohibition Act is necessary because the so-called settlement between the American Civil Liberties Union (ACLU) and the Justice Department is a sham. He said Biden’s DOJ lawyers are woke and aren’t even fighting the lawsuit. They are on the same side as the illegal immigrants and the ACLU.

“What the Trump administration did was according to the law,” McClintock said. “And it was successful in securing our border, which has now been left wide open since Joe Biden took office. And now that we’re going to be paying $450,000 as an apology for enforcing our immigration laws, well, Katie, bar the door! We’ve had the largest incursion of illegals on our border, and our history is going to get worse from here.”

“Who says crime doesn’t pay?  Under Biden, it apparently pays very well indeed,” remarked Rep. McClintock upon introducing the bill.  “Law-abiding, hardworking Americans have seen their purchasing power decimated by Biden’s economic policies while he has surrendered our southern border.  Paying illegal immigrants $450,000 apiece as an apology for Trump’s decision to enforce our immigration law adds insult to injury.  Congress has the power of the purse, and that’s why we must act today to stop this outrageous plan in its tracks.”

“With all the challenges Americans are facing every day – including an unprecedented border crisis – providing $450,000 per person settlement payments to illegal immigrants is pure insanity,” said House Republican Leader Kevin McCarthy. “This is not only an insult to the American people but also will worsen the border crisis and lead to a business boom for drug cartels and human traffickers, who are already exploiting Democrats’ disastrous border policies.”

“Democrats lock down the economy, pay people not to work, raise your taxes, and now want to give illegal immigrants $450,000 checks paid for by American taxpayers,” said House Judiciary Committee Ranking Member Jim Jordan. “Our bill would make sure the Attorney General can’t unilaterally make that happen.”

“When an American citizen is arrested for breaking the law with a child in tow, the first thing law enforcement does is remove the child from the adult, for the child’s safety,” explained Manning. “The law is designed to protect children.

“In the case of illegal aliens crossing the border with minors, law enforcement must be given the same ability to protect them,” Manning added. “Instead of protecting children at the border from human traffickers, Joe Biden wants to reward criminals and incentivize others to do the same.”

U.S. authorities detained more than 1.7 million migrants along the Mexico border during the 2021 fiscal year that ended in September, and arrests by the Border Patrol soared to the highest levels ever recorded, according to unpublished U.S. Customs and Border Protection data obtained by The Washington Post.

Illegal crossings have skyrocketed in the months after President Biden took office.