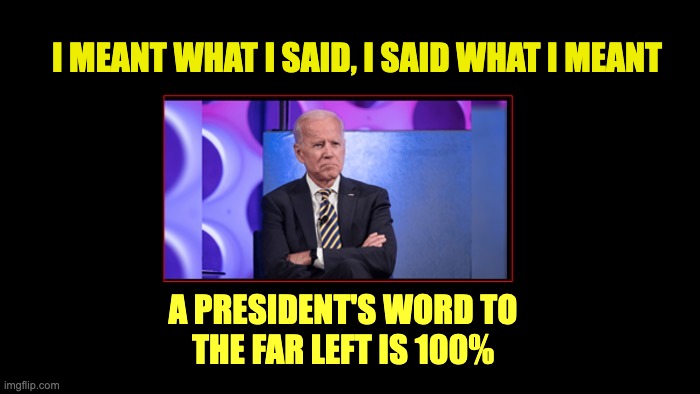 It’s like he’s deaf. Despite objections from both Democrats and Republicans, President Biden has not wavered on his Title 42 stance. He will allow it to expire on May 23.

With the expiration, it is predicted that the number of illegal aliens trying to enter the countries will more than double. It will encourage even more illegal immigration and will cause a significant surge in a crisis that has already overwhelmed all facets of what’s left of security at the border.

Title 42 is the regulation used by the Trump administration to send illegal immigrants back due to the pandemic. It is a health regulation, not an immigration regulation. It allows the government to bar people with severe illnesses from coming into the country.

Despite a growing rebellion from within the Democratic Party, Biden is standing behind its decision to allow it to expire.

Rep. Henry Cuellar, D-Texas, told Fox News the decision to end the policy is hurting Democrats ahead of the midterm elections.

“This is not good for Democrats in November. You know, in talking to some of my Republican colleagues, they’re saying, ‘We can’t believe the White House is giving us this narrative. We can’t believe that they’re hurting Democrat candidates for the November election.'”

Among other issues, Biden’s insistence on not allowing the rule to expire is a stupid political move. When the Judge announced her decision against Title, Biden had an opportunity to change his stance without looking like a flip-flopper. But now, he has created disunity in his party and given the GOP another issue to attack six and a half months before a midterm election that is already predicted to have awful results for Democrats.

“It’s not like we’ve been hiding the ball on this,” a White House official said, speaking freely about the state of play on condition of anonymity. “This is not a policy to applaud or defend or anything. It simply is a public health directive on whether there is a public health risk associated with processing migrants or not. The [Centers for Disease Control and Prevention] made a determination that there wasn’t and that we’re OK to move forward with lifting it on May 23.”

Interestingly by allowing Title 42 to expire, Biden is inferring that the COVID pandemic is over. But on the other hand, his DOJ is fighting a judge’s order to end the mask mandate in public places. In other words, COVID isn’t over.

But that hypocrisy is ignored by Biden. He also ignores the warnings and objections of Democrats in Congress, the Border Control agents who are overwhelmed, and American voters.