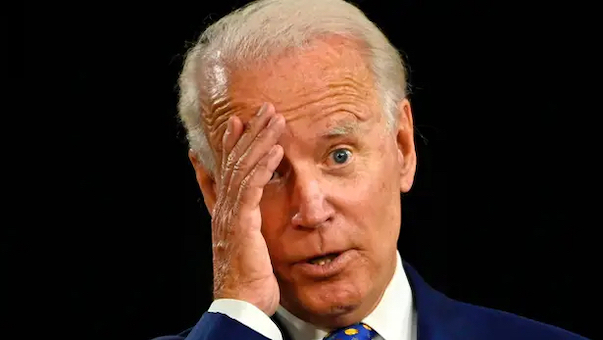 Voter attitudes are setting in ahead of the 2022 Congressional midterms amid a wave of dissatisfaction over high inflation, food shortages, and an imminent recession, with President Joe Biden garnering a whopping 54 percent disapproval rating, according to the latest average of national polls by RealClearPolitics.com.

Congressional Republicans, for their part, still lead the generic ballot, too, 45.5 percent to 43.4 percent, which, again, is definitely what you’d expect to see at this point in a midterm cycle that traditionally favors the opposition party.

Overall, every year, the party that occupies the White House usually loses on average 31 seats in the House and about three seats in the Senate.

For House losses, the exceptions to the rule were Franklin Roosevelt’s expansion of Democratic majorities during the Great Depression in 1932, Bill Clinton’s benefitting from a booming economy and public discontent over Congress’ pursuit of the Monica Lewinsky scandal in 1998, and George W. Bush’s surge in the polls following the terrorist attacks of Sept. 11, 2001, and Congressional votes on the imminent Iraq War in 2002.

The years the Senate has experienced losses in many years were mitigated by the regionality of Senate elections, where only one-third of the membership comes up for election every two years.

Similarly, many Republicans are opting to retire this year, assuming it will be easier to replace a Republican seat with midterm turnout favoring Republicans. Still, regardless of the cycle, retiring seats tend to carry increased vulnerability. Those seats include Ohio, Pennsylvania, North Carolina, Alabama, and Missouri.

That’s the map so far. But there could be headwinds for Republicans after a leak from the Supreme Court revealed that the landmark 1973 Roe v. Wade decision allowing abortions might be overturned this year. Economist/YouGov, Politico/Morning Consult, and NPR/PBS/Marist all show Democrats jumping to an average of 3.3 percentage points in their own generic ballot polls following news of the pending decision. We’ll see if that sticks.

If that is any indication of how an actual decision would resonate publicly, even if just briefly, that could be an interesting subplot to the midterms, especially if Republicans are not politically prepared for the fallout of a thorny issue and how the Supreme Court’s decision might impact statewide Governor and Senate races.

In the meantime, Democrats will run on eliminating the filibuster, amending the Judiciary Act of 1869, and packing the Supreme Court. What else is there for them to do?

]On the other hand, one of the particularly vexing dilemmas Supreme Court decisions pose to both political parties is the seeming generational finality of their decisions. Republicans have solidified a seeming 6 to 3 majority who were appointed by Republican presidents. And Democrats are nowhere close to achieving majorities needed to, say, pack the Supreme Court under these circumstances.

Let’s say Democrats hold their Georgia and Arizona seats and even pick up the Pennsylvania seat held by the retiring Sen. Pat Toomey (R-Pa.). This is the worst-case scenario for Republicans in the midterms, by the way.

Even then, both Sen. Joe Manchin (D-W.Va.) and Kyrsten Sinema (D-Ariz.), neither of whom are up for reelection this year, have been hard noes on eliminating the Senate filibuster. So, even if Democrats net one Senate seat in the midterms, they’d still fall short of the votes needed to eliminate a Senate filibuster. If they net two seats, on the other hand, that would be a different story.

Overall, though, the temperature of the elections tends to be set by the President himself. Can he turn the midterm jinx on hits head? In this case, Biden’s leadership deficit and the continued bad economic news are a very potent and potentially toxic combination for Democrats. The bump Democrats are getting because of the Supreme Court could still be outmatched by the natural advantage Republicans possess this year. We’ll see in November. Stay tuned.