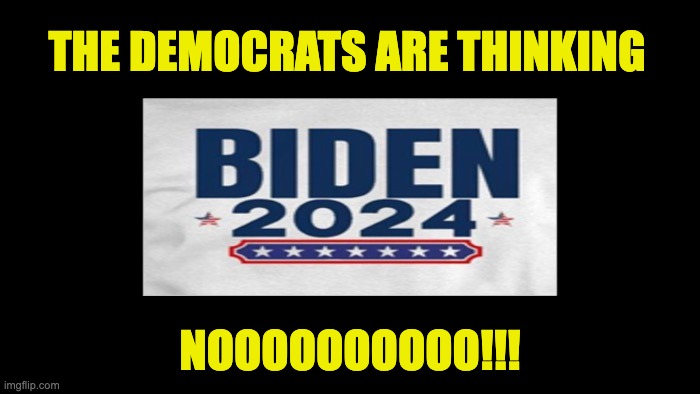 It was rather obvious to any astute observer that Joe Biden didn’t really want to run for the presidency in 2020.  His late entry to the race came after months of constant coaxing and backdoor dialogues that painted him as the only Democrat boring enough to offset the brazen nature of the Trump administration.  Bidens latest 2024 suggestions

And, when Joe Biden eventually took office, he began by acting like a reluctant President.  Virtually nothing was accomplished during the first nine months in office, and his recent “victories” have been so neutered that the Democrat’s most vocal demographics are openly revolting against the administration…especially on Twitter.

That’s why the latest rumor out of the West Wing has progressives all shook up:

Not everyone is convinced, but President Biden and his close aides have been telling Democrats that he intends to seek another term. The recent effort is intended to calm supporters on several fronts, the Washington Post reports. The party is worried about Biden’s falling poll numbers, splits in Congress, inflation, the lingering pandemic, and—especially—the possibility or even likelihood that Republicans will take control of the House, at least, next year. “The only thing I’ve heard him say is he’s planning on running again,” said former Democratic Sen. Chris Dodd. “And I’m glad he is.”

And there’s a reasonably reliable source for the rumor…

Biden himself told donors this month that he’s going to run, though he added, as he has before, that he’s never been able to plan that far ahead. But the assurances have not stopped speculation in the party. Some officials and strategists suspect the signal is being sent to keep Biden from becoming, in effect, a lame duck. Some worry that a campaign in more normal times would be more strenuous than the mostly remote pandemic one he ran last time. On Saturday, Biden became the first president to turn 79 years old while in office, per CBS.

There is almost no scenario in which Biden wins a second term, at least not in his current state of approval, and this latest news could have Democrats turning despondent over the next few years.