Biden “has been wrong on nearly every major foreign policy & national security issue over the past four decades.” 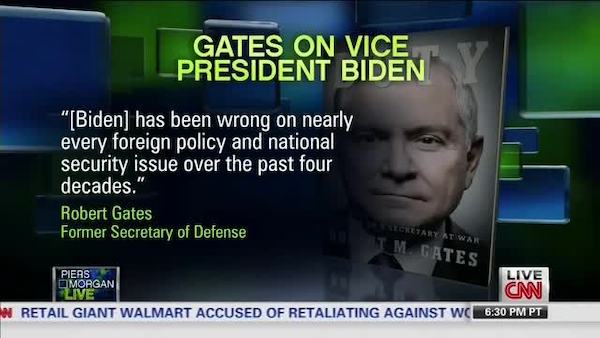 The Daily Beast notes “Biden is particularly vulnerable to attacks on geopolitical orthodoxy as an example of what not to do.”

While The Intercept’s Ryan Grim published a deep dive this morning into Biden’s push for the war in Iraq.

“Joe Biden this week continued to maintain the fiction that he stood against the war in Iraq “the very moment” it began in 2003. The claim has been easily taken apart by fact-checkers — Biden publicly supported the war before, during, and after the invasion — but a 1998 Senate hearing sheds additional light on his determination to confront Iraq over weapons of mass destruction.”

Reporters on the trail with Biden, please ask where he got the idiom “come to our milk.”

Even the fact-checkers over at PolitiFact hit Biden for lying again about his widely reported opposition to the bin Laden raid.

So before Biden delivers a statement today on foreign policy, take a trip down memory lane of some of Biden’s most notable foreign policy blunders.