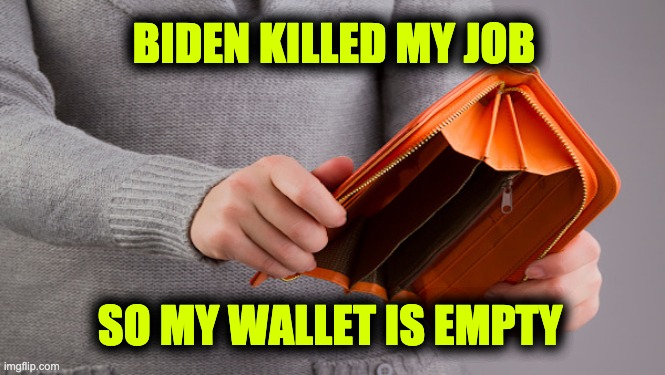 Throughout the 2020 election cycle, eventual President Joe Biden was consistently derided by his opponents regarding his plans to combat climate change and just how many American jobs could be lost should he move forward with them.  Biden reflexively responded with some vagaries about all the “new” jobs that would be created in the green energy market. Of course, now that Biden is the President, these promises are in need of some evidence, and it doesn’t appear as though that’s going to happen anytime soon. More likely, he’s going to create unemployment. Biden’s environmental plan

In fact, the latest estimates seem to suggest that, left to his own devices, Biden’s plans could kill over a million American jobs.

Frank Macchiarola, senior vice president of Policy, Economics, and Regulatory Affairs at the American Petroleum Institute (API), said in an interview on SiriusXM’s Breitbart News Saturday with host Matt Boyle that if President Joe Biden puts a permanent ban on oil and gas development on federal waters and land, it could cost 1 million American jobs.

Boyle asked Macchiarola about the significance of Biden revoking the permit for the Keystone XL Pipeline and putting a 60-day pause on federal land leasing in his first days in office.

“I think the first four days of the Biden Administration have given a clear picture of what the next four years could look like,” he said. “President Biden comes into office with a real economic headwind and a difficult labor market but at the same time he inherited an energy [landscape] that’s stronger because of America’s shale revolution.”

And that wasn’t all…

“The president has a choice to make: He can maintain U.S. leadership and maintain and support our economic recovery with American energy or he can pursue policies that destroy jobs and at the same time increase energy imports,” he further asserted.

“The first few days should concern all Americans because the administration is clearly taking actions that are going to harm the economy and cost Americans jobs,” Macchiarola said.

One can only wonder if Biden’s courting of the far left could push the economy ever further off the climate plank during his presidency.