Economist Warns That Biden’s Downturn To Get FAR Worse 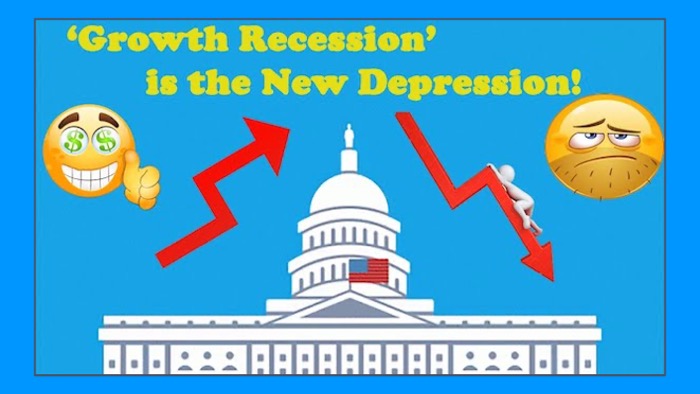 The headline numbers are looking good for Joe Biden lately. He’s recently won a big legislative victory, and his approvals are ticking higher, which means maybe the manifold failures of his presidency are a thing of the past.

However, despite the opinion of Biden and his Democratic Party lemmings, Americans are not stupid. Every time they go to the supermarket to feed their families, they feel the effects of Biden’s economic failures.

Larry Fink, the CEO of money manager BlackRock, who is no conservative, is predicting that the U.S. economy is nowhere near at its worst and Biden’s downturn is close to hitting us… and hitting us hard.

Fink runs the world’s largest investment firm (worth $8.5 trillion) and is a major Democrat operative. But he isn’t letting his deep connections to the Democrats let that get in the way of his serious assessment of the economy. And he isn’t very sanguine about the future.

Recently, Fink said there is no way that the U.S. economy can have a “soft landing” and a quick build-up. He says a hard crash is just ahead of us.

In a series of wide-ranging interviews, including one with me on Fox Business, Fink explained how that coordination is sorely missing in our current economic environment — something he hasn’t seen much in his 40-year career at the top of the financial industry. On one hand we have the White House and Congress spending like crazy and inflating the economy. As inflation rages, the Fed is seeking to reverse the damage to meet its customary 2% inflation target.

To understand the spot the Fed is in, consider that the last inflation print was 8.5%. That number was hit before the latest spending blowouts (student-loan forgiveness, etc.).

To hear Fink explain it, the White House is baking into the equation a pretty deep recession since it is forcing the Fed to raise rates even more than it should have to — 75 basis points at its next meeting and maybe several more times after that — because the administration doesn’t want to stop the inflationary cycle it helped create through spending. In the short-term, Fink says, inflation might abate a bit with lower energy prices that we’re seeing (that happens when people can’t afford a commodity, FYI), but not enough to meet the Fed’s 2% goal because food and other staples ­remain stubbornly high.

He also scoffed at Biden’s claim that the U.S. is experiencing a “growth recession.” If you don’t understand what growth recession means, just think of an oxymoron. Something like a hairy bald guy.

Folks, we are still in substantial economic trouble, and neither Biden nor his party can fix anything and if they could team Biden doesn’t care about the pain of the average Americans.