Biden’s Dementia Seems To Be Worsening 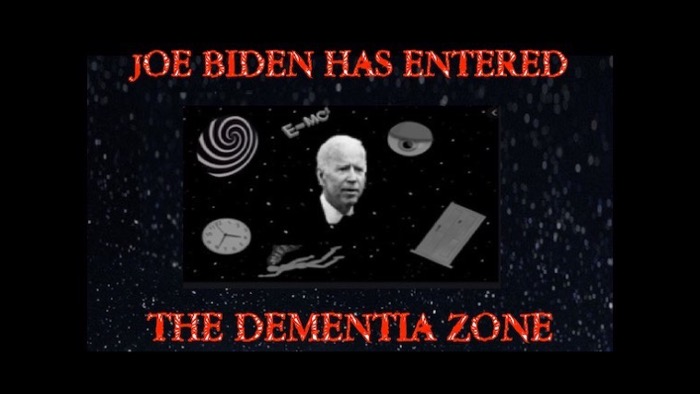 Please note. I am not reporting this because I am one of those Ultra Mega Maga Muscular Male Mensches that Biden bloviates about. But it’s written to ensure that Americans know that President Biden’s dementia seems to be worsening. In fact, using his type of labeling, Biden can now be called the Solidly-Senile-Statecraft-Screw-Up.’

During an interview with MSNBC last week, the President appeared to zone out when questioned about his wife’s thoughts of him running again in 2024. After a long period  (for TV) of the Potus staring into space, the host prompted him again, and he sort of snapped out of it.

On October 23rd President Biden was in the White House Garden with his wife. They were there for a tree-planting event honoring White House groundskeeper Dale Haney for his 50th year on the job.

After the ceremony, President Biden walks away from his wife and the groundskeeper and appears confused as he turns around to see the pair still behind him. “Where are we going?” He asked. A staffer turns President Biden around and says, “This way, sir,” The President answered in an almost childish voice, “What if I want to go that way?.” “You can do whatever you want,” A staffer says. Then Biden seemed to regain himself and quipped, “Yeah, I notice how much freedom I have.

Later that same day, Biden talked about his college loan program and thought it was passed by congress in a close vote. But it was never submitted to congress. It was an executive order. Many people complained that he was lying, but IMHO it was another example of his failing mental capacity.

Here is the full clip for all you clowns who say it’s out of context. Biden first falsely claims he “signed a law” to cancel student loan debt, then says he “got it passed by a vote or two.”

Last but not least, on October 24th, celebrating VP Harris’ birthday, he made a mental fart that he’s made many times before:

People call the gaffes above lies (except for the Kamala one). After all, he’s been a big liar most of his political career. But that’s not necessarily what’s happening. Heck, all this happened in one week.

Since he started campaigning for the presidency and getting worse since he took office, many of his lies seem different. They are accompanied by a blank stare and a look of confusion. While I am not a doctor, I have had close family members that went through this horrid condition. I believe that some of his statements which seem like lies, result from his worsening dementia. Because the mainstream media treats Biden with “kid gloves,” Americans don’t know if the country is being led by Lyin Joe Biden or Dementia Joe. But our enemies know. They try to take advantage of this country like never before. They know we have a leader who can’t remember how to get from his garden to his house. Too many Americans refuse to accept what Biden is going through.

I wish Rod Serling was alive to introduce every Biden speech or interview:

There is a middle ground between light and shadow, between science and superstition, and it lies between the pit of man’s fears and the loss of their mental abilities. This is the dimension where a person desperately tries to hold on to a lifetime of memories while sitting in the Oval Office of the White House, it is an area engulfing a president. Joe Biden is in the Dementia Zone.