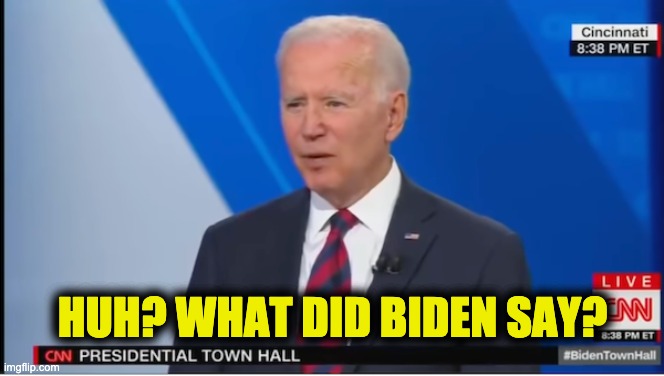 CNN host Don Lemon, the worst host of a network filled with really lousy hosts, starts off by calling Joe Biden the “Big Guy,”…and it all kind of went downhill from there. 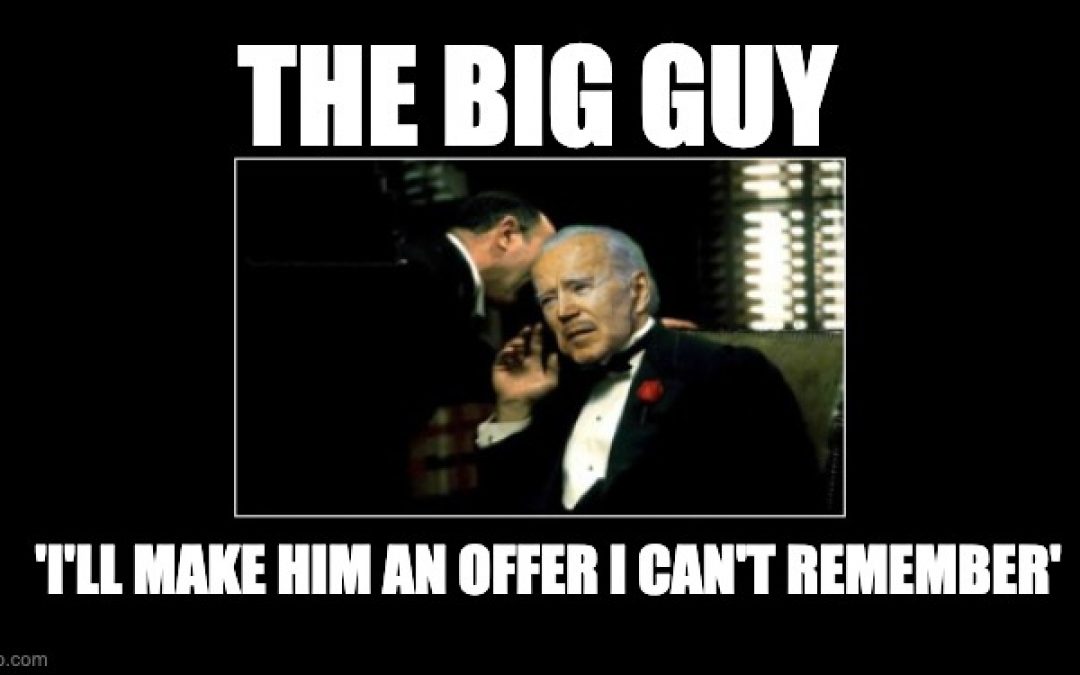 As Lemon was calling Biden ‘the big guy,” dementia Joe looked as if he didn’t know where he was or who he was talking to.

While government shutdowns and restrictions caused businesses to close early in the pandemic, it has been the overly generous federal subsidies to unemployment that have kept people at home rather than going back to their jobs. This has been a particular problem in the foodservice industry, which often has lower wages because it operates on razor-thin margins.

2. “I Don’t Care If You Think I’m Satan Reincarnated, The Fact Is You Can’t Look At That Television And Say Nothing Happened On [January] The 6th.”

I don’t know anybody who believes Biden is Satan. Lots of people believe he is a lousy president. The theology of that statement is atrocious for a “devout Catholic.” It’s the sentiment that is the issue here. Clearly, something did happen on January 6 — a riot. And it was much less violent and destructive than anything that had been occurring in Portland at the federal courthouse or the nightly George Floyd/BLM/1619 Project riots all over the U.S. during the summer of 2020.

"I don't care if you think I'm Satan reincarnated, the fact is you can't look at that television and say nothing happened on the 6th. You can't listen to people who say this was a peaceful march." #Bidentownhall https://t.co/cOrIOtTk8B pic.twitter.com/aik390xUlG

Violent crime is on the rise, and it’s not because of guns. It’s because Democratic Party-run cities aren’t fighting crime, are defunding police, and aren’t backing up law enforcement. Still, Biden believes that it’s because gun sellers aren’t obeying the law on background checks, so he is committed to cracking down on legal gun owners and firearms sales.

They're not hiding their intentions. Joe Biden says he wants to ban handguns — not merely AR-15s like their previous dishonest talking points suggested. Watch Biden stumble through this town hall answer. pic.twitter.com/DI3CDTN1wL

“And the question is whether or not we should be in a position where you are why can’t the the the experts say we know that this virus is, in fact, it’s going to be or excuse me we know why the all the drugs approved are not temporarily approved and but permanently approved, that’s underway too.”

5. Something About The Man On The Moon…?

After watching this clip, you may think you are stoned (or convince that Biden’s suffering from dementia). Again speaking about vaccines, Biden rambles on, making no sense whatsoever.

Joe Biden rambles: "Whether or not there's a man on the moon" pic.twitter.com/ljNkOXn91N

6. You’re Not Going To Get COVID If You Have These Vaccines.”

Now, here’s something interesting. Despite the constant news about “breakthrough cases” that have occasionally been happening with the people who have been given two doses of the vaccine, Biden says that you won’t get the ‘Rona if you’re had The Jab.

But didn’t his buddies from the Texas legislature who escaped to D.C. get COVID despite being fully vaccinated? Those Texas “SuperSpreader” Democrats spread the COVID to D.C. Democrats while they were on their little propaganda tour of the nation’s capital.

PRES. BIDEN: "You're not gonna get COVID if you have these vaccinations." pic.twitter.com/5x1xfQryIX

Will Facebook censor the President for this dangerous disinformation that could kill people? Probably not. Facebook doesn’t censor Democrats.

7. You Can Get A Mild Case Of COVID If You Have Had The Vaccine

He then contradicted himself by admitting that there is a chance of contracting COVID after vaccination, but cases are milder, and you might not know if you’re sick.

“We have a pandemic for those who haven’t gotten a vaccination,” President Biden says at CNN’s live town hall amid rising Covid cases. “So it’s gigantically important that…we all act like Americans who care about our fellow Americans” https://t.co/pP0y7ug3He #BidenTownHall pic.twitter.com/lIAiDVSSn3

8. Biden Says Little Kids Should Be Forced To Wear Masks

The abusive and nonsensical masking of children is a thing that is being done in North America that is not being the rest of the world. Maybe Creepy Joe wants them to wear masks over their eyes so they can’t see him smell their hair.

Joe Biden says ALL children under age 12, including preschoolers, should be wearing a mask in school pic.twitter.com/m43zwyfDO3

9. “Xi Jinping… is a bright and really tough guy.”

Maybe he has to say that because he doesn’t want Hunter to get a pay cut. 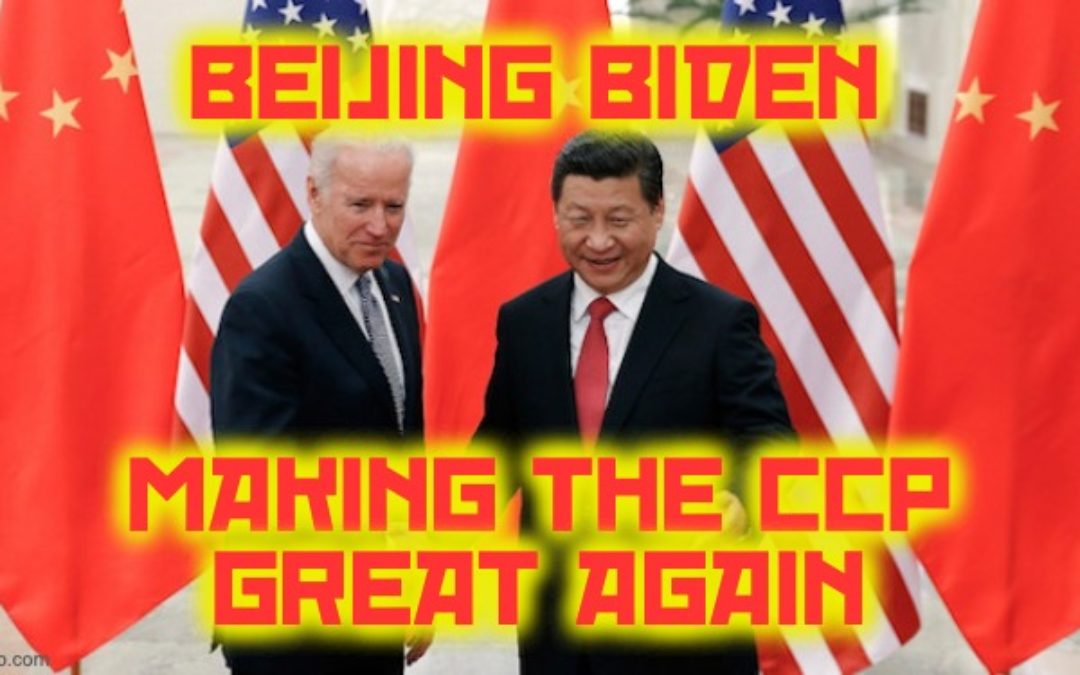 Do you think this guy is going to be tough on China?

Biden doesn’t have a great history of being able to outmaneuver Xi Jinping. CLAIM: China Played Biden And Obama ‘Like A Stradivarius’

Biden is correct about Xi Jinping. The issue with this statement is that Biden is a weak guy whose brain activity is diminished and whose son is owned by China (and he might also be)

10. “I Don’t Know Anybody, Including Larry Summers — Who Is A Friend Of Mine — Who’s Worried About Inflation.

Joe’s dementia is popping up again.  Biden should know his own Treasury Secretary, Janet Yellin. She said that there will be several more months of “rapid inflation” after downplaying it for months. As for Larry Summers, the expert and friend dementia Joe cited, he is concerned that some of this inflation will be long-term.

With these examples, it is possible that his answers weren’t caused by his loss of brain function.  It may have just been that he was lying to America–a tradition of Democrats and CNN.

In the end,  even the CNN panelists admitted that it was a garbage town hall which makes sense because Biden and his Democratic Party controllers are trying to turn the greatest, freest country in the world and turn it into garbage. But Americans will not let it happen.

"I was very unimpressed with him on inflation. He obviously didn't give a satisfactory answer…" pic.twitter.com/ZiPESBT5br