One Year After Biden’s Afghanistan Debacle 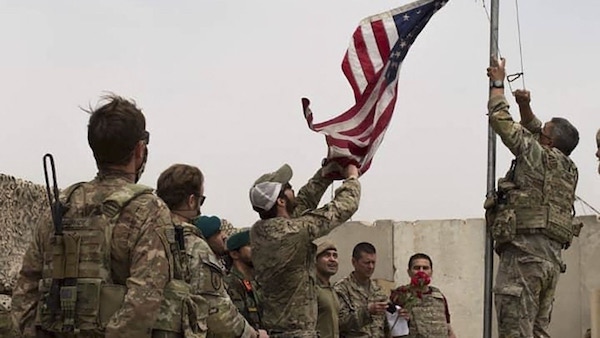 One year ago this week, buoyed by President Joe Biden’s feckless surrender, totalitarian thugs known as the Taliban — an evil group that protected perpetrators of the 9/11 terror attacks — swept into Afghanistan’s capital following the collapse of the country’s government.

Even isolationists and anti-military zealots in the West remember the horrifying images that followed, most notably Afghans falling from cargo planes and an infant being tossed over razor wire.

This never should have happened. And it effectively ended Biden’s presidency just seven months in.

Following the Aug. 26 murder of 13 U.S. servicemen in Kabul by an Islamist suicide bomber, I wrote, “The attack that killed 13 Americans and at least 100 in Kabul on Thursday does not spell “the end” of the Biden presidency, but it’s absolutely a moral and political catastrophe for the 46th president.”

While Biden, who’s enjoying another oceanside vacation, claims Americans agreed with his decision to withdraw from Afghanistan, he had over 50% approval on Aug. 19 last year, then dropped 20 points once people saw the horrific images. He’s never recovered. 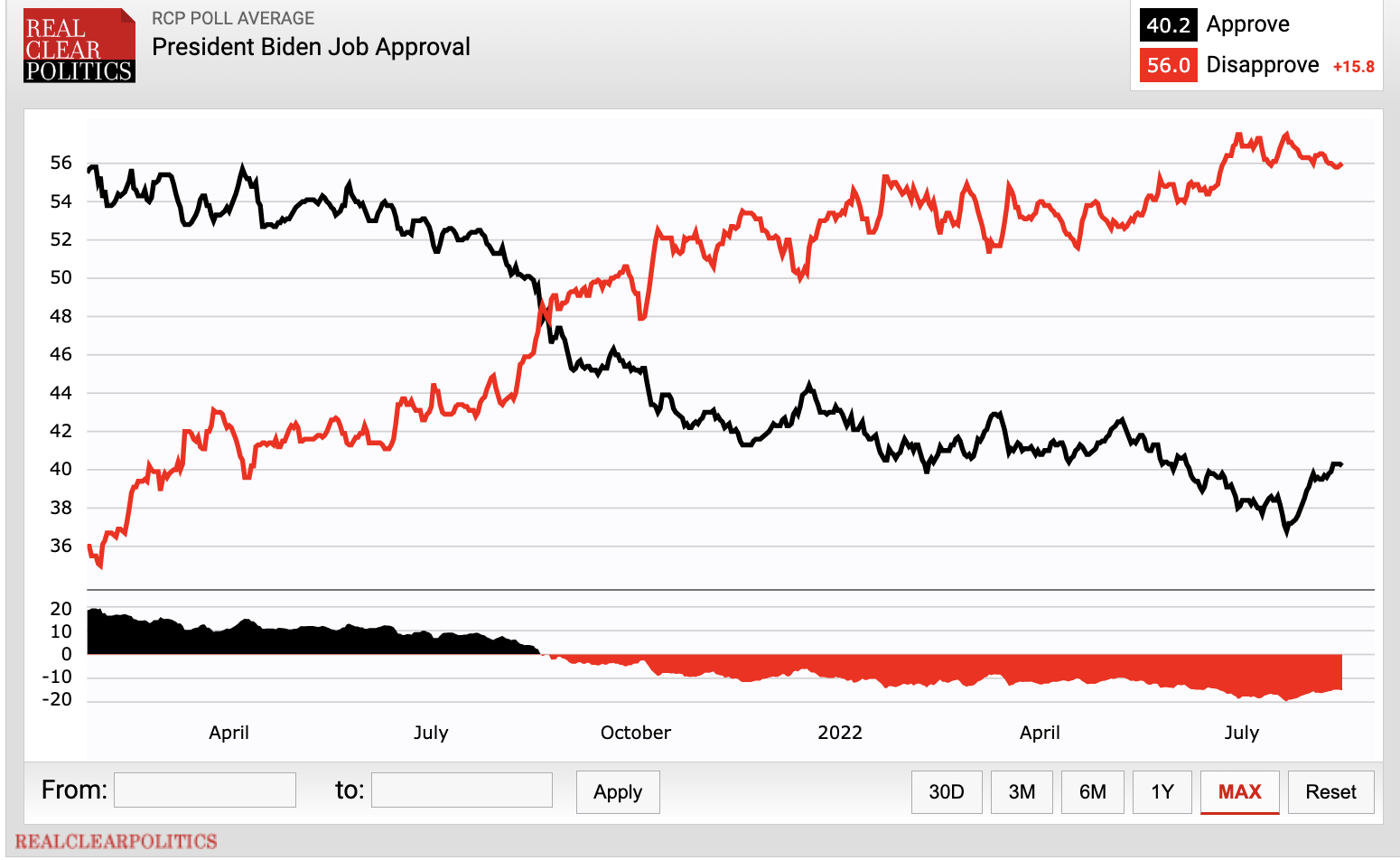 On the final day of August 2021, the last U.S. military member departed, closing two decades of American involvement, which overall avenged 9/11 masterminds, removed a Nazi-like regime, made millions of lives better, and set the troubled central Asian nation on a pathway toward relative stability.

The withdrawal fulfilled Biden’s misguided, purely political announcement in April 2021 that all American personnel would leave Afghanistan by last autumn.

The venerable Bill Roggio was hardly surprised by the Taliban’s re-taking of Kabul.

“It was entirely predictable that the Taliban would take control of the country after the U.S. withdrew, despite claims from U.S. officials to the contrary,” the senior fellow at the Foundation for Defense of Democracies said. “I stated publicly in the spring that the Afghan government would be lucky to make it past the summer. I studied the Taliban’s pattern of military operations and how it exploited the Afghan government and military’s weaknesses. Without U.S. support, the collapse was inevitable.”

Roggio, the editor of the essential Long War Journal, has maps displaying how quickly the Taliban commandeered the country following Biden’s ignominious announcement.

He said Afghan leaders never believed the U.S. would leave in only a fortnight, noting we needed to execute a slow withdrawal and help the Afghan military “develop the capabilities to support itself over time,” but “Biden’s withdrawal never gave the Afghan government and military a fighting chance.”
c

Biden, who somehow didn’t foresee the governmental collapse resulting from his chaotic surrender, said in part a year ago today, “We will not conduct a hasty rush to the exit. We’ll do it responsibly, deliberately, and safely.”

‘Speaking at the recent conference, National security adviser Jake Sullivan argued, “One year later, I think the president feels that the decision that he made was the right decision for the American people.”

Roggio posted an informative Twitter thread Monday morning analyzing the situation, debunking much of the claptrap mentioned above.

21) It is far easier for the Biden administration to Blame Trump!!! than it is accept responsibility for turning Afghanistan over to the Taliban, which in turn has given Al Qaeda safe haven.

Meanwhile, it’s undeniable that our global adversaries interpreted the haphazard withdrawal as a green light for their noxious goals.

The president’s decision to retreat led to the reckless terrorism we witness today by Russia toward Ukraine; China’s maneuvers against Taiwan; Iran’s nefarious goals in the Middle East and toward the West; and now Al Qaeda regrouping under the Taliban. Evil has been re-emboldened.

And for supposed liberal feminists who live in comfort, the apathy and hypocrisy are appalling, considering how Afghan women’s lives have changed for the worse in the last 12 months.

The first female vice president could be one to speak about this, but the hyper-partisan intellectual lightweight is seldom reachable for comments.

Along with the despotic treatment of the Afghan people, especially women, the Taliban has proven they cannot run an economy.  Afghanistan has seen 50% inflation in the past year.

The entire Biden “cut and run” hurt the Afghan people.

d
A.J. Kaufman is a columnist for Alpha News and here at The Lid
s
Facebook Twitter Flipboard