Because Biden Says So 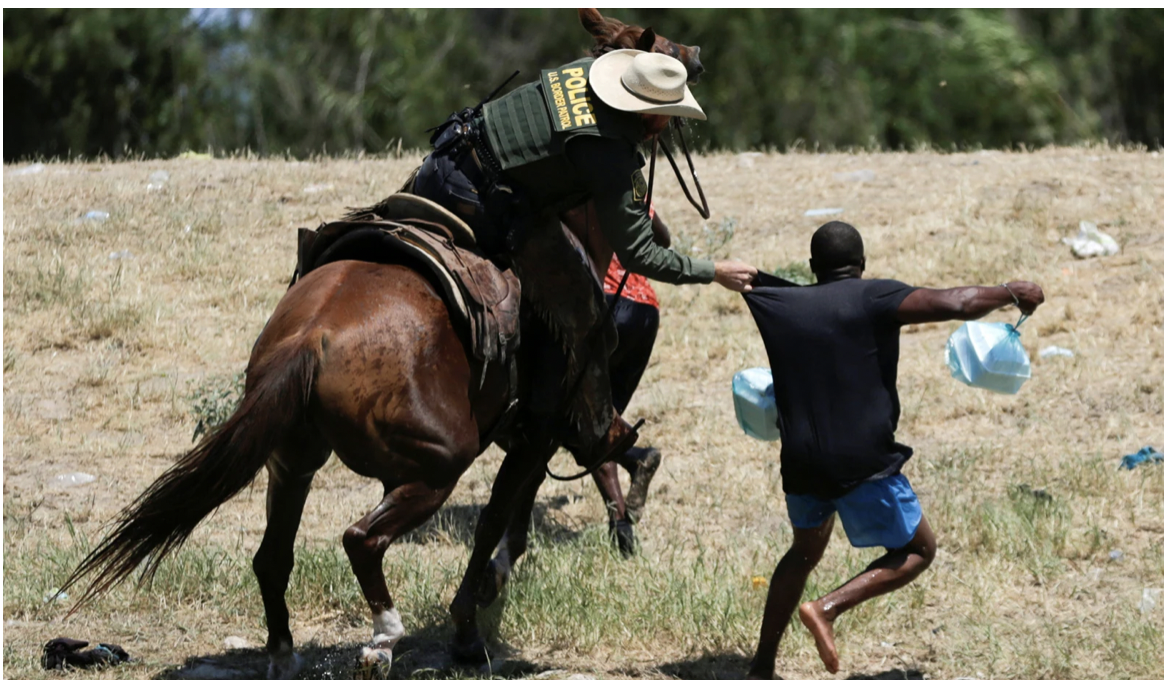 For those keeping score at home, this is what the left’s redefinition of justice looks like in actual practice.

The classical understanding of justice is pretty straightforward. When the system works, it looks like this: guilty people pay the price for their guilt and falsely-accused people go free.

The new left activist understanding of justice looks at something besides the individual guilt or innocence of a particular individual’s actions. It tends to look at situations through a paradigm of oppressed and oppressor while measuring guilt in collective terms.

That is precisely what we see play out with the case of the border officers falsely accused of using their horses’ reigns to ‘whip’ people who had been illegally streaming across the border.

Remember how Biden rushed to judgment and promised they would be punished when half the country could plainly see the agents were not doing what they were accused of doing?

Here was Biden’s reaction at the time:

Apparently, the ‘soul of the nation’ Biden promised had no room for the presumption of innocence or due process.

After an investigation, the mounted agents were cleared of wrongdoing, as many of us knew they would. But Joe made a promise, and innocence is not a defense in his world.

The Department of Homeland Security is preparing to discipline “multiple” horseback Border Patrol agents involved in the infamous “whipping” incident of Haitian migrants at the U.S.-Mexico border back in September.

federal source told Fox News an announcement on the matter is expected within the coming days.

The source said that DHS will be putting forth proposals to discipline the agents who will have a chance to respond to the charges. The charges, Fox News is told, are “administrative violations,” and do not amount to criminal conduct – of which the agents were previously cleared.

You think that has something to do with why morale is collapsing among border agents?

“Under Biden, things are the worst they have ever been by far,” said one agent who is based in Arizona. “Agents are calling in all the time. You always hear, ‘It doesn’t matter,’ or, ‘What’s the point?’ in reference to doing our job. Agents are afraid of ending up on the news for doing their job or getting in trouble for doing their job. There is no morale.”

Eight agents and managers assigned to the southern border spoke with the Washington Examiner on the condition of anonymity about their experiences working during the largest migration event in U.S. history. The physical workload has been brutal, as has the change in policies from President Donald Trump to Joe Biden. But the biggest factor in the demoralization of the Border Patrol has been the feeling that Biden has demonized agents for enforcing immigration laws that lawmakers like him passed in Congress.

Border Patrol agents were deemed the heroes of the Uvalde school massacre in Texas after they ran into the gunfire and fatally shot the Robb Elementary School gunman while local law enforcement refused to act. Despite this, agents said Biden has yet to thank them for stepping in, even though Biden was quick to condemn them last September over reports that a mounted agent allegedly “whipped” a Haitian migrant trying to enter the United States from Mexico.

Perhaps the shocking contrast of stories like this has something to do with Biden’s record-low approval numbers.

The illegal immigrants who surged across that border will face no consequences for breaking US law despite conspiring with criminal cartels to gain entry into America, but the men on horseback whose actual job was to keep them from breaking that law will face disciplinary action at the President’s direction.

Hard to think of a story that more perfectly captures how Democrat priorities have flipped in weird ways that seem precisely contrary to the interests of the American public. Then again, we have a president who doesn’t care.