‘Perhaps The Stupidest Thing He Has Ever Said’: 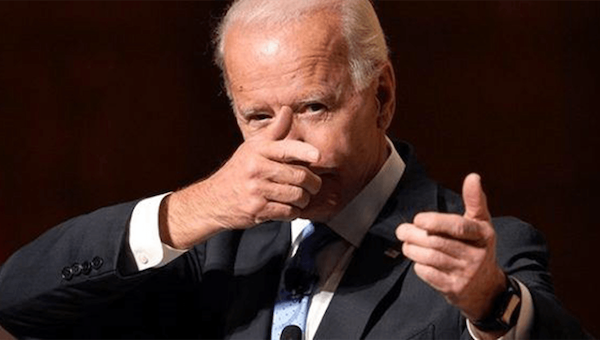 As we and others reported, former Japanese Prime Minister Shinzo Abe was shot and killed by a man who had a grudge against the former leader.  Naturally, His Lying Demented Fraudulence, Dictator-Wannabe Joe “Applesauce Brains” Biden used the assassination to lament “gun violence” in his never-ending push for gun control.

Never mind that Japan has some of the toughest gun laws in the world, and the weapon used was homemade.

“While there are many details that we do not yet know, we know that violent attacks are never acceptable and that gun violence always leaves a deep scar on the communities that are affected by it,”

The president was late to react to the news of Abe’s assassination, issuing a statement just before 9:00 a.m. EST.

“I am stunned, outraged, and deeply saddened by the news that my friend Abe Shinzo, former Prime Minister of Japan, was shot and killed while campaigning,” Biden said in his statement.

The president also expressed sadness that Abe was “engaged in the work of democracy” when he was shot and killed.

Biden on the assassination of Shinzo Abe: “While there are many details we do not yet know, we know violent attacks are never acceptable & that gun violence always leaves a deep scar on the communities that are affected by it. The U.S. stands with Japan in this moment of grief.” pic.twitter.com/HBKPSqcpdo

Except, as Twitchy observed, this wasn’t “gun violence.”  It was terrorism, plain and simple.  And no amount of gun control would have stopped it.

I don’t think gun violence needs to be mentioned in a statement by a U.S. President about an assassination of a world leader abroad. This isn’t the time for Democrats pet issues.

This statement is pretty odd.

Abe has been one of America’s most important strategic partners for the last decade (including the Obama years – which Biden was loosely involved in) and Biden is focusing on the larger impact of gun violence? https://t.co/me74qv6gty

Twitchy also reminds us that Biden is, first and foremost, a Democrat politician, which means the agenda and the narrative comes first above all else.

Even calling a homemade firearm built from pipes and duct tape "a gun" is stretching the definition, ESPECIALLY when you're alluding to a debate about legal firearm ownership. That thing was essentially a highly directional bomb.

Indeed.  But it pretty much describes everything that comes out of his lying crooked pie-hole.

it was a homemade gun, literally no law would have stopped it

but nothing can stop Biden from injecting The Thing of the Day https://t.co/TDQOWVN6fQ

Never underestimate The Administrations ability to make everything about them or their agenda.

Twitchy correctly added: “The entire Biden administration is particularly vulgar. Just an absolute dumpster fire. Shame on all of them.”

What’s that old saying? Never let a crisis go to waste?  Expect to see the despicable Biden Regime use this to push gun control for months…