Australian Political Pundit: Biden ‘Struggling With Dementia,’ Not Up To Task Of Being POTUS (Video) 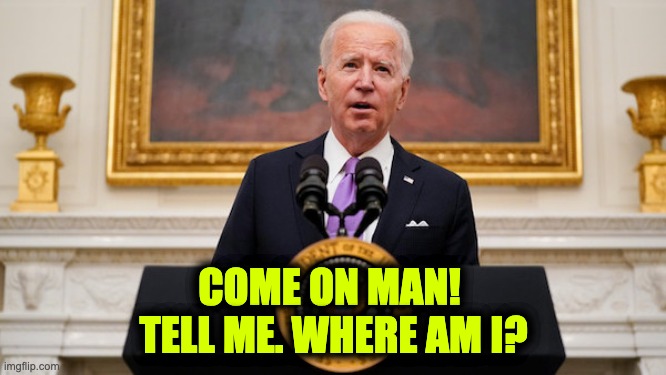 “Never before has the leader of the free world been so cognitively compromised,” he said during a segment on Australian television.  “It’s clear to me at the least that US President Joe Biden is struggling with dementia and is clearly not up to the task he’s been sworn in to do.”

He didn’t just attack Biden, however.  He also went after the lying propagandists in the lying liberal mainstream media, calling them the “Biden protection racket.”

“Such was the hatred of Donald Trump by the partisan and poisonous mainstream media that they chose not to highlight anything that may have derailed a Biden victory.”

And the media is still refusing to report the truth about his diminished mental capacity.

Mr Bernardi said it is something which was “evident” during the election campaign, but the “partisan and poisonous” mainstream media chose not to highlight anything which could have “derailed a Biden victory”.

“Even now, after he has been sworn in, many of them are still refusing to speak the truth about Biden’s lack of capacity.”

There are so many examples of his loss of capacity from the campaign one of the most examples was when he forgot that North Korea had nuclear weapons.  He told Jake Tapper, “We had firm, firm constraints on what they could buy and what they could sell in their economies. He’s blown it. He’s giving them so much credibility. They’re closer to a nuclear weapon than they were before. He did the same thing in Iran.”  Remember when Obama left office, he told President Trump was the biggest threat to America. One would think his VP would know that they had nukes.

Just a few weeks before the election:

▶️Forgot which state he was in. (Tweeted that he was in Pennsylvania when he was actually in Ohio)

▶️Forgot Mitt Romney's name and instead referred to him as "a Mormon."

Yet, the media acted as if it wasn’t an evident loss of mental capacity. It’s certainly been evident here at The Lid.

Joe Biden recently emerged to make his “sanitised” Presidential Town Hall Debut, at which the new president “promptly gave away his teleprompter”.

“The result was nothing short of a disaster … it was littered with total falsehoods,” Mr Bernardi said.

But maybe they weren’t falsehoods. At one point, President Biden told the audience there was no Coronavirus vaccine available when he took office. Keep in mind he may not have been purposely lying. It might have been his creeping dementia. After all, he got the vaccine himself, the first one in December, before he took office.

(…) “It’s all rather pathetic, but even usually smart people are blinded by the nonsense put out by the mainstream media. They believe every perceived sin of Donald Trump while they seem intent on canonizing St. Joe,” he added.