This Is SAD, Biden Speaks To Screen Ignores Crowd 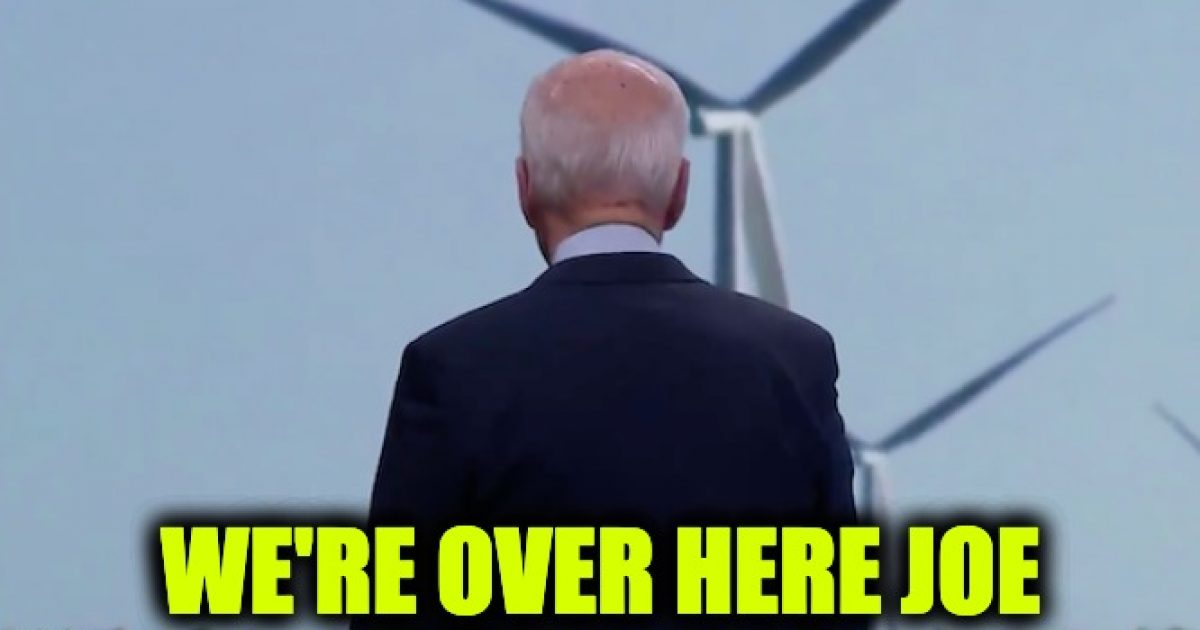 This is scarier than Biden’s verbal gaffes. Instead of speaking to the crowd, Joe Biden was talking to the screen facing backward and ignoring the audience. Biden speaks to screen

How could America trust a guy with the nuclear button when he doesn’t know which way he is facing?

Check out this video from his recent campaign stop in Des Moines where he lost his sense of direction and remember America, this is the “most electable” Democrat.

“Joe Biden speaking in an arena in Iowa gets confused where the camera is and keeps talking to a screen. CSPAN keeps cutting away to try and help him out…hahahahahahah,” said the post.

HILARIOUS…
Joe Biden speaking in an arena in Iowa gets confused where the camera is and keeps talking to a screen. CSPAN keeps cutting away to try and help him out…hahahahahahaha @realDonaldTrump @DonaldJTrumpJr pic.twitter.com/nF9pFV0TE1

The Hill put up an extended version–he ran onstage and actually circled around and kept talking to the screen.

"[Trump] is a man who started his campaign based on hate and division."

Maybe all that running made him confused.

But the reaction was not confusing at all, people were sad to see Joe Biden like that:

PLEASE! ALL #Democrats, vote…#JoeBiden2020 in your primaries.

He’ll be drooling on himself and falling off stage by the time Trump gets to CRUSH him in the first debate.#Trump2020LandSlidehttps://t.co/eFlow3b5no

Somebody put gramps back to bed. He's wandering around talking to walls again. ?

It’s a sad spectacle and if anyone cares for him they should put an end to it.

There is something not right about this man . I’m a ER nurse and I know when someone is having a medical condition breakdown. Dementia is real folks .

The kindness & compassion shown for Joe by conservatives on this thread.

Virtually all have said how sad his condition is.

You can bet the Democrats would show no compassion towards Trump were the roles were reversed.

Poor slow Joe, he doesn’t even know where he is anymore.

OJ Simpson is almost his age – listen to OJ talk about fantasy football and KC QB's injuries last night. OJ is a sharp as a tack.

there is something wrong with Joe Biden

Folks, it’s hard to spew venom at this incident. It is too sad. I am not a fan of Biden or his politics, and there is nothing he can do to make me vote for him. However, it’s beyond that! At what point does someone step in and shut this down? Where are his friends and family? Hey, Hunter, he helped make you rich, now end this, and allow your father to maintain whatever dignity he may have left.