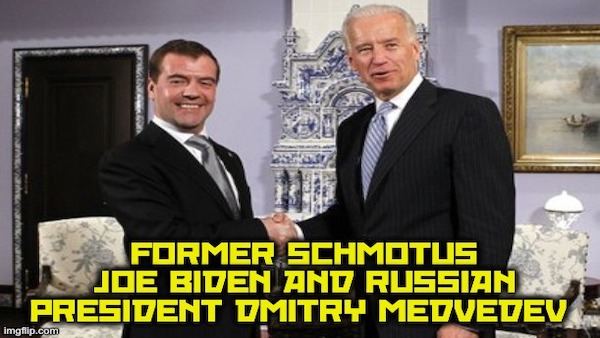 Russia, Russia, Russia! If Trump speaking with Putin at a meeting of international leaders is ‘selling out to the Russians’ … what was former SCHMOTUS Joe Biden doing there on his first foreign trip as Veep?  Biden Russia

Today, Republicans can’t go five minutes without someone invoking the word ‘Russia’ as an epithet to cloud the current administration.

Some STILL claim Trump is Putin’s puppet — despite that Mueller’s team has shown absolutely ZERO cooperation between Russia and ANY American after two years of trying (desperately, some might say) to nail him to the wall.

Others point to the Facebook Ads as proof that Putin was helping Trump (while conveniently leaving out the times that they promoted Hillary events… while neglecting the fact that even BLOOMBERG’s Half-Billion (and then some!) couldn’t buy a Democrat SuperTuesday, let alone a Federal election result.

In fact, if it weren’t for their handy ‘Russia’ narrative, Shifty Schiff wouldn’t have anything to say about WHY it was contrary to national interests for that Ukraine money to have been temporarily held and been under review.

There is far greater evidence of Hillary being connected to, and profiting from, Russian attempts to steal US military tech through their Skolkovo project than there is that Russia was working on Trump’s behalf. 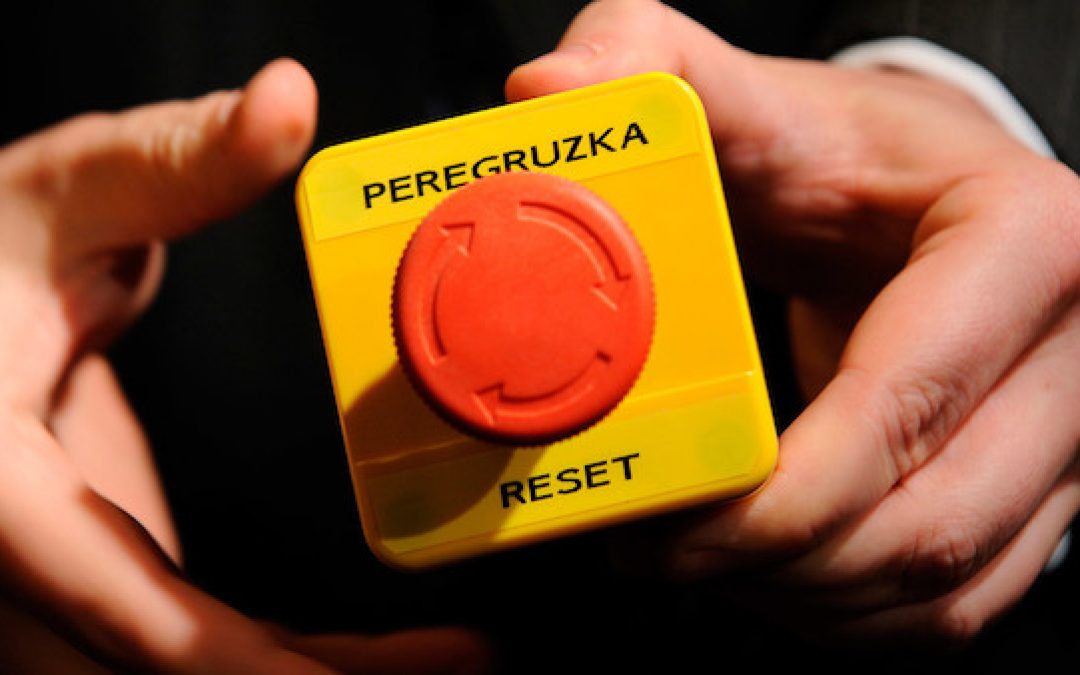 As we gear up for the home stretch of the final contest between Biden and Sanders (with Tulsi playing the also-ran role of Kasich this time around), let us remember that BOTH of these men (who are sure to point their ‘tainted by Russia’ fingers at Trump’s Republicans) have their own history with ‘Mother Russia’.

Breadline Bernie’s commie connections are obvious. They are as red as the souvenir Hammer and Sickle flag he probably brought home from his Honeymoon/Sister-city visit to the former USSR, and as red as his face gets when you remind him how vocally he praised the glorious and superior Venezuela ‘way’ back in 2011.

But what about Joe Biden?

Biden: It's time to press the reset button and to revisit the many areas where we can and should be working together with Russia. Our Russian colleagues long ago warned about the rising threat of the Taliban and Al Qaeda. Today, NATO and Russia should cooperate to defeat enemy. pic.twitter.com/fuQcYtHhTE

Biden: It’s time to press the reset button and to revisit the many areas where we can and should be working together with Russia. Our Russian colleagues long ago warned about the rising threat of the Taliban and Al Qaeda. Today, NATO and Russia should cooperate to defeat enemy.

His VERY first trip abroad went to Russia on a mission of friendship.

Even MORE interesting when you set that alongside Obama’s hot mic moment and open mockery of Mitt Romney’s claim that Russia was one of America’s chief geopolitical threats.

A lot can change in four years, can’t it?

If Trump said anything like this, we’d be right back on the impeachment treadmill.