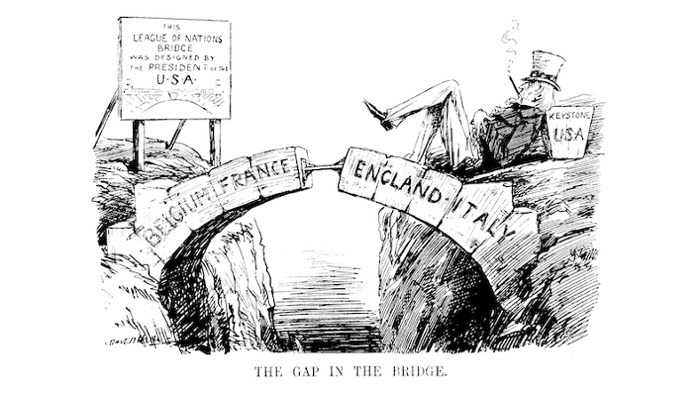 This is because, as election results again showed last fall, sensible voters outnumber the fringes, especially about current national security politics. Mock as you will, but America’s global engagement still maintains order, keeps us safe, and offers the best hope for the world.

This is why reports that Speaker of the House Kevin McCarthy discussed a $75 billion cut in the Pentagon’s budget while being held hostage by the Taliban 20 last week is as troubling as grandstanding Rep. Jim Jordan echoing the lunacy Sunday.
e

In addition to performative politicians and cable news hosts, well-funded advocates will undoubtedly continue to cheer such misguided budget cuts without a modicum of strategic thinking. They’re part of a small cabal hoping to revive the same dangerous isolationism that led to global wars and 9/11-style attacks and weakened the United States.

In reality, when it comes to keeping us secure, most Americans support an ongoing engagement, as demonstrated by the vast majority who support our noble efforts with Israel, Ukraine, Taiwan, and other countries defending themselves from neighboring totalitarian aggression.

Despite what’s espoused on Tucker Carlson or Joy Reid’s island of populist lunacy, polls show Americans are not isolationist, and there is no overwhelming demand for restraint.

But that won’t stop academic elites and fringe movements from pushing borderline traitorous agendas that align with rogue regimes in China, Iran, and Russia. The media tried to bury it, but last year we witnessed dozens of progressive Democrats wishing to cave to Putin before fecklessly backtracking when they were exposed.
c

“I looked at the pictures of Mr. Putin trying to look for a trace of humanity.” Two decades ago @MrsMThatcher said THE brutal truth about Putin but the West was immensely naive. Very wise words ⬇️
pic.twitter.com/2m4H476lFq

The 2022 midterm elections demonstrated that foreign policy extremism is unpopular. Common sense actions overseas have fairly broad support with the American public, despite unsavory efforts by some to use life-and-death matters as wedge issues.

So, while the Biden administration dropped the ball big time in Afghanistan and could be more decisive in Israel and Latin America, they should seek a new “internationalist caucus” to build on some ongoing foreign policy endeavors.

That’s why building new coalitions across ideological lines is essential to support a steady U.S. foreign policy. To draw in more countries from the Middle East, Africa, and the Western Hemisphere, our foreign policy needs organized political support that cuts across party lines at home.
r

A new internationalist caucus must remind everyone that 2022 was when the world wobbled but didn’t fall to evil.

The international system survived despite aggressive challenges from authoritarian entities in Beijing, Moscow, and Tehran last year. Coalitions, particularly in Asia and Europe, came together to respond to aggression and intimidation, but the work was incomplete.
v
The Biden administration erred massively in many venues over the past two years, thus constructing a new alliance to support an engaged U.S. foreign policy won’t be easy, nor provide quick solutions; however, building a durable caucus across party lines to support freedom and keep America prosperous by staying engaged in the world is the best (and only) alternative.