We Know for Sure: The Media, the Democrats, and Joe Biden LIED About EVERYTHING Concerning Hunter 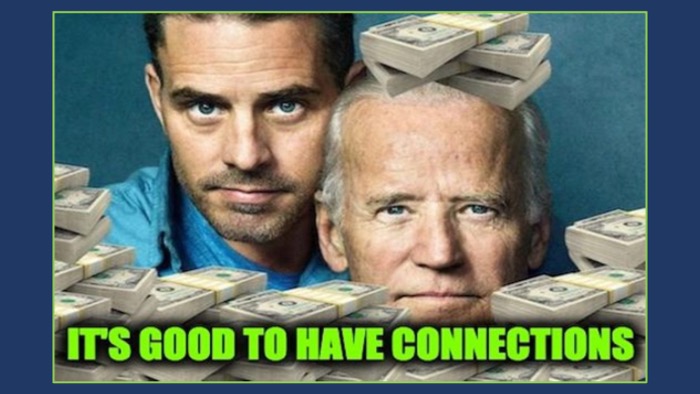 We Know for Sure: The Media, the Democrats, and Joe Biden LIED About EVERYTHING Concerning Hunter

From 2020 all the way to this very month, the left-wing media has been insisting that Biden did not lie about his son, Hunter’s, crooked business deals. Now we know for a fact that they all lied.

The media, their “fact-checkers,” the Democrats, and the entire Biden family. They all lied.

During the 2020 election cycle, Joe Biden repeatedly said that he had no knowledge about his son Hunter’s business deals and also denied that Hunter made money from China. But finally, after two years of refusing to report the facts, the media is beginning to roll out evidence that Joe Biden lied.

For example, during the presidential debate broadcast on October 22, 2020, moderator Kristen Welker asked Biden about his son’s business deals in China and Ukraine. Biden quite directly refuted any claims that Hunter made money from deals in China.

In fact, Biden struck back and said the only person who had made money from China was Trump.

Here’s Joe Biden in 2020 saying his deadbeat son Hunter “has not made money” from China.

Hunter made $5.8 million from 2013 to 2018 from Chinese business interests, according to NBC News. pic.twitter.com/I6cQSTv5Pr

This proves conclusively that Joe Biden flat out lied during the 2020 election cycle.

As to the president’s claims that he never had any knowledge about Hunter’s business deals. That, too, is an outrageous lie.

According to the New York Post, there are at least a dozen examples of Hunter’s business deals in which Joe was a direct participant.

So far, the media has not made a big deal about all this. One would think it would be big news. A president who ran on a lie, his son who made and allegedly hid millions in income from one of our biggest enemies, and decades of corruption from some of our top officials. But it is all of little interest to the media.

Now, imagine if the Biden family’s last name was Trump

Biden lied about everything concerning Hunter