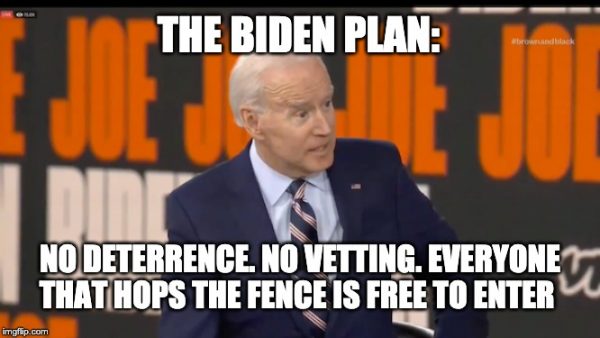 He was asked a direct question about detaining immigrants ‘in a Biden administration’. His answer was… interesting. Biden illegal immigrants

Remember, this is the guy who was VP when the photos of ‘children in cages’ that outraged activists so much were actually TAKEN.

How does the shift his policy to appeal to the NEW position of the Left?

He goes for broke.

Biden: End All Illegal Immigration Detention “Across the Board” pic.twitter.com/CKIm1Qdmfs

Interviewer: “How exactly would you detain immigrants, if at all, in a Biden administration.”

Biden: “The way we did when we reformed the system, the DACA. I would not retain them behind bars. They show up. No, here’s what they do. They show up. Sometimes you have an ankle bracelet, you set a hearing. We have to surge, we have to surge to the border to the areas where we are being held, get rid of all the cages, everybody out of prison, be in a position where if the most you put on is an ankle bracelet, that you give a date you’re gonna show up (stammers) for an immigration hearing, and they show up.

Interviewer: ‘Is that for children? Adults and children?’

Biden ‘Across the board.’

No deterrence. No vetting. Everyone that hops the fence is free to enter.

What could *possibly* go wrong?

Maybe we could ask the family members of Maria Fuertes about that. That’s right, we can’t. She was the 92-year-old raped and murdered by an illegal alien the cops released WITHOUT notifying ICE. (Story in links below.)

Meanwhile, Trump has dealt with the detention issue by arranging for wannabe migrants to await their processing outside our borders so that we will not be obligated to limit their freedom of travel as an untested risk to the greater population. And it seems to be working nicely.

We might remind you that Trump offered Nancy and Chuck a chance to explore real solutions to this border crisis, but they refused to come to the bargaining table. Even DACA was up for negotiation. But, no. They LIKE the crisis.

They think it will turn red states purple. And for them, that’s a recipe for perpetual power. To HELL what the unintended consequences might be.

If You Are American And Jewish Please Vote Herut: Slate #10 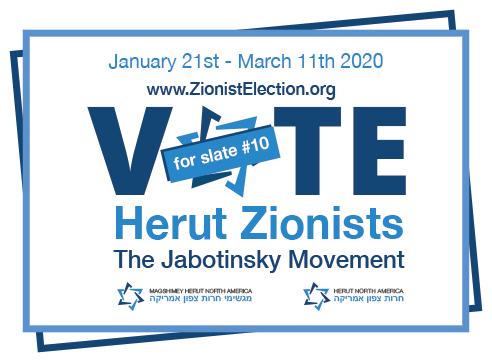