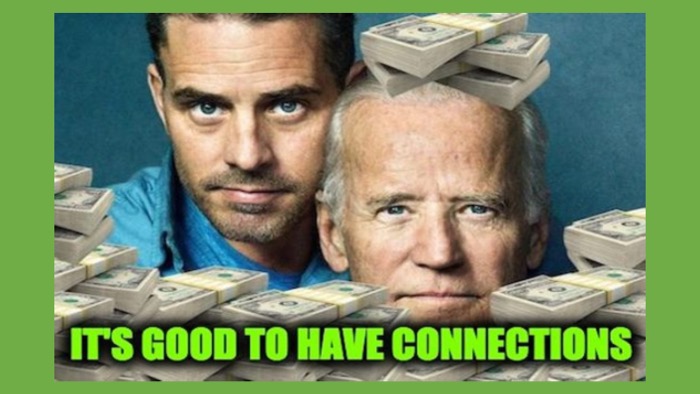 According to a new report, Joe Biden never reported where he got the $5.2 million, some of which he used to pay for Hunter Biden’s legal fees in 2019.

Questions over the president’s financial disclosure come after emails found of Hunter Biden’s abandoned laptop show that Joe made millions with Hunter Biden’s business deals and paid Hunter’s legal fees. However, the cash records don’t gibe with his financial reports.

According to the analysis published by the Daily Mail, Joe Biden’s income numbers on his government transparency reports are about $7 million less than the income he reported to the IRS. Notice that it was a British newspaper that covered the story. A U.S. paper wouldn’t dare. After all, he’s their boy.

So, where did all that money come from? Per the paper:

Some of that difference can be accounted for with salaries earned by First Lady Jill Biden and other sums not required on his reports – but still leaves $5.2million earned by Joe’s company and not listed on his transparency reports.

The ‘missing millions’ – combined with emails on Hunter’s abandoned laptop suggesting Joe would have a 10% share in Hunter’s blockbuster deal with the Chinese – raise a troubling question: did Joe Biden receive money from the foreign venture?

Hunter’s laptop contained an email from Hunter’s assistant, Katie Dodge (“Dodge,” a hilarious name for someone connected with a Biden). Dodge noted that Joe had agreed to pay for Hunter’s legal fees. In one instance, the expenses paid for concerned Hunter’s deal with the Bank of China. A favorite country of the Biden crime family.

In any case, the paper has more documents and examples. Suffice to say, Biden’s financial disclosure forms seem to be short of $5.2 million compared to his IRS filings. Generally, the IRS doesn’t like that kind of behavior.