Now that Joe’s in the Oval Office, all that talk about being a moderate has gone right out the window. 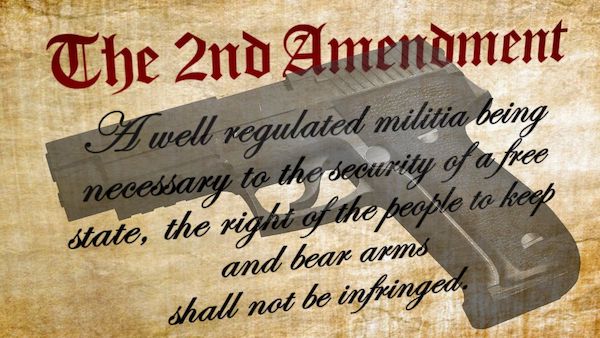 Biden simply couldn’t have carried the Democratic Party vote without making some allowances to the far left.  After all, it was the Bernie Sanders-obsessed contingent that abandoned Hillary Clinton back in 2016, sending Donald Trump to the White House; there was no way that the Dems would allow that to happen again.

So, now that Joe’s in the Oval Office, he can push the entire narrative a little further to the left than he suggested was likely during his campaign – and that includes a harsher take on the Second Amendment.

He used a tweet to recount the heinous attack, writing, “In seconds, the lives of dozens of families, and the life of an American community, was changed forever.”

Biden referenced the “lone gunman [who] took the lives of 14 students and three educators” and also directed attention toward violence in certain cities across America. He suggested singled out the “gun violence disproportionately devastating Black and Brown individuals in our cities.”

He concluded, in part, by writing:

“Today, I am calling on Congress to enact commonsense gun law reforms, including requiring background checks on all gun sales, banning assault weapons and high capacity magazines, and eliminating immunity for gun manufacturers who knowingly put weapons of war on our streets. “

It should be noted that the Parkland shooting itself would not have been prevented by a background check because the weapon used in that shooting was obtained legally. And that his proposals go beyond what he campaigned about/. But when it comes to the Second Amendment, liberals believe that neither the truth nor promises matter.