Biden And Dems Moving Ahead On Anti-Gun Legislation 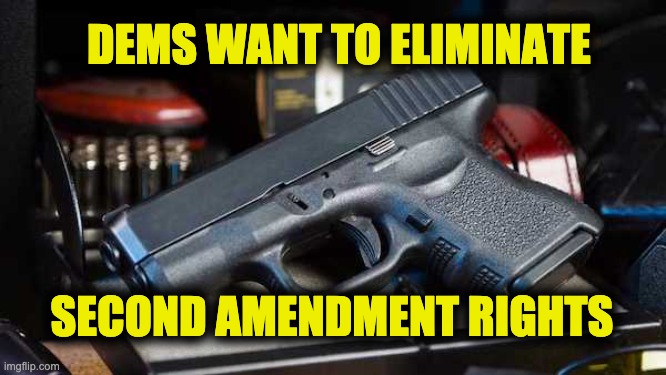 Career anti-gunner Joe Biden, now in the Oval Office, is said to be looking forward to working with his gun control colleagues on Capitol Hill, where Democrats aided by a trio of Republicans last week introduced one measure and Majority Whip James Clyburn reintroduced another bill to close the so-called “Charleston loophole.” Biden Congress anti-gun

According to Fox News, Biden’s Office of Management and Budget declared “Gun violence is a public health crisis” in a statement. It’s familiar rhetoric used to excuse what many see as a further erosion of their constitutionally enumerated fundamental rights.

The House is supposed to be taking up a couple of gun control measures this week. The OMB statement, quoted by Fox, recalled, “Last year, we saw record levels of homicides in cities throughout our country, violence that disproportionately impacts Black and Latino communities.”

Newsweek called it “gun control reform,” but from all indications, there is nothing included in this legislation that hasn’t been proposed before or that would “reform” anything.

According to The New Republic, so-called “universal background checks” are supposed to apply to “unlicensed gun sellers” as well as licensed firearms retailers. Translation: Background checks would apply to private sales, which have been allowed under existing law for decades.

But as was pointed out recently, since criminals don’t bother with legal requirements, the only people who will be penalized by this further expansion of gun control are law-abiding citizens who wouldn’t commit the crimes that gun control proponents claim they are trying to prevent.

Gun control advocates have been pressing the Biden administration for action since he took office. His lengthy agenda has been available online for a year.

With last week’s introduction of H.R. 8, the “bipartisan” gun control background check measure onto which the names of three Republicans were added, the first move has been made. While the legislation may pass the House on a largely partisan vote, there is no guarantee it will fare as well in the evenly-divided Senate, where there are some Democrats—West Virginia’s Joe Manchin is the best example—who may not warm up to further Second Amendment restrictions.

While this drama is unfolding, another piece of legislation has been introduced to provide for national concealed carry reciprocity. Introduced in January by Congressman Richard Hudson (R-N.C.), H.R. 38 had 154 original co-sponsors.

Over the weekend, Tim Schmidt, founder and president of the U.S. Concealed Carry Association wrote an Op-Ed supporting the legislation. Reading through the reader responses provides a stark view of the division between gun owners and gun prohibitionists.

Folks, if you believe in the Second Amendment, it is time to call your Congressional Rep. and Senator NOW.