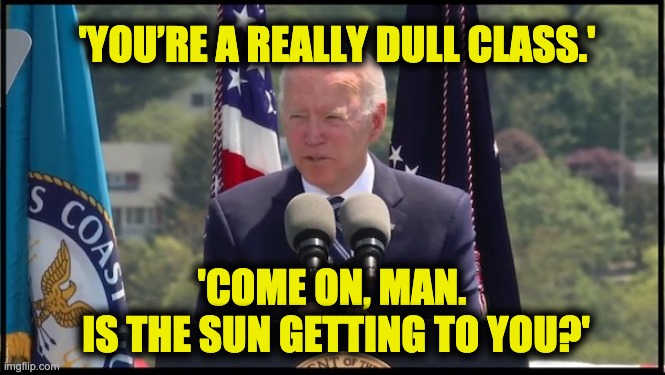 The Gipper truly had a way with words. The same cannot be said for Sleepy Joe even when he uses the Gipper’s words.

On Wednesday, a video clip went viral comparing Joe Biden and Ronald Reagan making the same joke to Coast Guard cadets. When Reagan made the joke 30 years ago, he was 77 years old in the last year of his presidency when dementia rumors were rampant. In contrast, Joe is 78 in the first year of his presidency, and the Regime Media has attempted to squash any hint of mental decline as “fake news” because you should believe them over your lying eyes.

While Regan’s flawless delivery garnered cheers, Biden’s botched joke went over like a lead balloon. Biden then took aim at his audience, calling them “dull” for not reacting to his joke.

Biden gave his first commencement address as the nation’s commander in chief to the U.S. Coast Guard Academy’s 2021 graduating class.

However, a moment that raised eyebrows was his chiding of the cadets for not laughing at his fumbled joke.

Check out how the two men delivered the joke:

REAGAN: My Coast Guard aides have been excellent. One of them taught me that, and I quote, “The Coast Guard is that hard nucleus about which the Navy forms in time of war.”

BIDEN: I can only assume that you’ll enjoy educating your family about how the Coast Guard is quote, “The hard nucleus around the Navy forms in times of war.” (PAUSE) You’re a really dull class. Come on, man. Is the sun getting to you?

No Joe, your delivery sucked—big time. Even Captain Picard thinks so.

Becket Adams, who writes commentary for the Washington Examiner, gives a brief background of the joke. 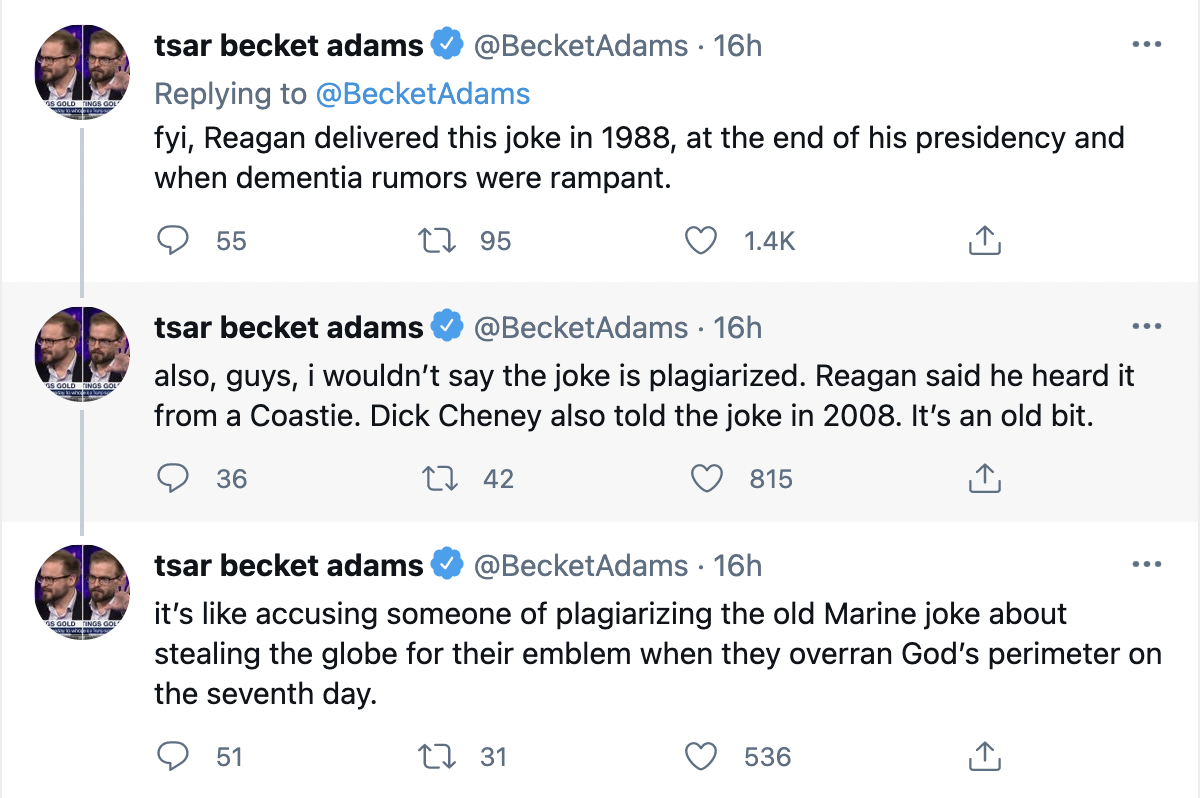 Joe has a long history of plagiarism, but perhaps it isn’t fair to call out him for making the same joke as Reagan and Cheney. It is fair, however, to criticize him for telling the joke badly and then chiding the Coast Guard cadets for not clapping for Dear Leader.