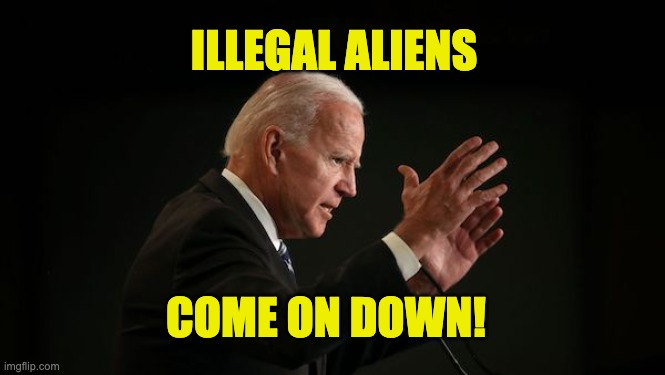 Joe Biden’s policies are indefensible. He knows it. His team knows it. The whole country knows it. If Biden’s border policies were working, his administration wouldn’t be looking for volunteers to help out at the border. Biden border volunteers

The Office of Personnel Management (OPM) has sent a memo to various heads of government agencies seeking “volunteer deployments” for up to 120 days to help border officials deal with the surge of unaccompanied children crossing the border, Fox News has confirmed.

“We are actively working to screen, process, and deploy these volunteers while continuing our recruitment efforts and exploration of other avenues to bolster staff resources at the border,” an OPM spokesperson said.

Kathleen McGettigan, acting director of OPM, said the federal agency is partnering with the Department of Health and Human Services (HHS) to support the Biden administration’s “urgent efforts” to care for the unaccompanied migrant children who have crossed into the U.S. through the southern border.

Biden asked for the border crisis:

Biden: "I would, in fact, make sure that there is, we immediate surge to the border, all those people seeking asylum they deserve to be heard, that's who we are, we are nation that says if you want to flee and you are fleeing oppression you should come."

But here we are. And President Biden is refusing to allow the press to visit and report about the border detention centers. Asked about it during his first press conference, the President said, “I will commit [to transparency about the border facilities] when my plan, very shortly, is underway to let you have access to not just them, but to other facilities as well.”  That sure sounds like he’s saying: no press until I get things fixed.

The truth is finally getting out, thanks to Ted Cruz and other GOP senators who visited the border at the end of last week. It’s no wonder why

How far is Joe Biden going to stop the American people from seeing inside the Donna CBP facility?

Biden sent a political operative from DC to block our cameras and even threatened another senator to obstruct legitimate congressional oversight. pic.twitter.com/vHT2U7Nh1z

Joe Biden’s transition team was warned that if they ended the Remain in Mexico policy, there would be a massive influx of illegal aliens.

Senator Cruz’s video and explanations certainly make one understand why border officials have been overwhelmed with an influx of migrants at the border and are looking for volunteer help. The one who should volunteer is the man who created the problem, President Biden, but so far, he’s refused to visit the border.