Read His Letter: Joe Biden Argued Against Impeachment Witnesses In 1999

‘The Senate Need Not Hold A Full Blown Trial’ 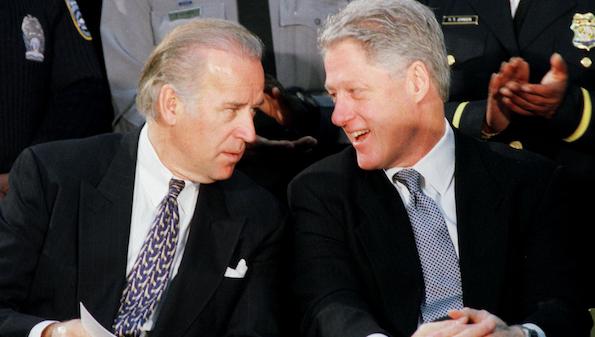 In deciding whether or not the Senate should call additional witnesses I recommend both parties should follow the direction urged by Joe Biden. On Thursday evening  Politico published a four-page memo written by then-Senator Joe Biden in 1999 (embedded below) providing the rationale for why the Senate doesn’t need to call additional witnesses in the trial of former President Bubba Clinton. Biden argued against witnesses

“The Senate may dismiss articles of impeachment without holding a full trial or taking new evidence. Put another way, the Constitution does not impose on the Senate the duty to hold a trial,” Joe argued. “In a number of previous impeachment trials, the Senate has reached the judgment that its constitutional role as a sole trier of impeachments does not require it to take new evidence or hear live witness testimony.”

All across Washington D.C. Democrats are begging, “Say it ain’t so, Joe!”

But it is this Biden paragraph below that gives the Republicans their closing argument in the additional witnesses debate:

In light of the extensive record already compiled, it may be that the benefit of receiving additional evidence or live testimony is not great enough to outweigh the public costs (in terms of national prestige, faith in public institutions, etc.) of such a proceeding. While a judge may not take such considerations into account, the Senate is uniquely competent to make such a balance.”

So Chuck Schumer, do you care about the public costs to e public costs terms of national prestige, faith in public institutions, etc? Or do you want to have a few more witnesses in a feeble attempt to hurt the president politically?

So which will it be Democrats will you be statesmen or greedy politicians? Joe Biden laid out the choice for you in 1999.

For the past two weeks, we’ve been hearing about bombshell new evidence, and on the last night of the trial proceeding, we finally have a bombshell.

So which will it be Democrats will you be statesmen or greedy politicians? Joe Biden laid out the choice for you in 1999.