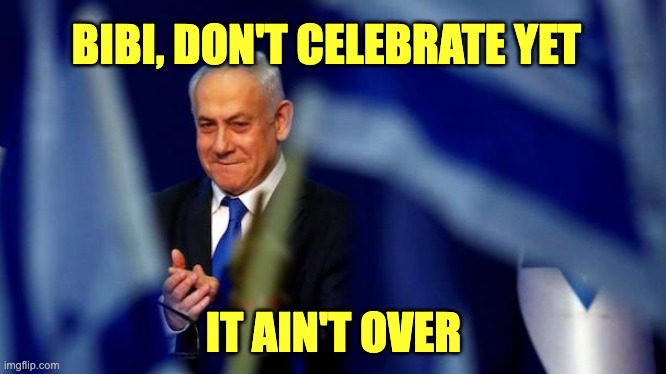 You may have heard the news that Binyamin Netanyahu’s Bloc won the Israel election, but that’s not exactly true. As every Israeli politician knows,  you shouldn’t count your chickens before Shabbos dinner.

Even Bibi said the election isn’t over. Although that might be a reaction to the last election when he declared victory way before the final count was over.  It was embarrassing because he didn’t win.

The former premier himself remained cautious after the exit poll result, calling it “a good start. Exit polls are not the real count number one and second count the real count has to be the real count, not the fake count,” Netanyahu said in a video that was broadcast by Israel’s public broadcaster KAN.

Remember that these are exit polls, not an actual vote count. As the votes are counted, you will see the seats per party change every day. A few votes here, a few votes there, and the results can change drastically. And once the votes are counted, the negotiations to lock in a coalition begins.
p
No party is allocated Knesset seats unless it receives at least 3.25% of the vote. At that threshold, a party gets four seats. Of course, the more votes a party gets = the more seats. And that may end up being the biggest problem.
p
An Arab party Balad is projected to be just below the threshold. However, if it achieves the 3.25% in the actual count, Netanyahu’s projected majority may be wiped out. Even worse, it would force Israelis into the 6th election in four years.
pp

Below are three of the exit polls. These and most others may shift a seat or two between parties, but all look pretty much the same. Chadash Ta’al isn’t counted in any of the blocs as they are an Arab party that doesn’t want to participate in a government.

Just as a final count might push Balad over the threshold, it may push other borderline parties, such as Yisrael Beiteinu, under the threshold. The chart below shows the election projections from three major news sources.

Oh, and the party I supported מסיבת ממתקים וגלידות (Candy and Ice Cream Party), did not meet the threshold. 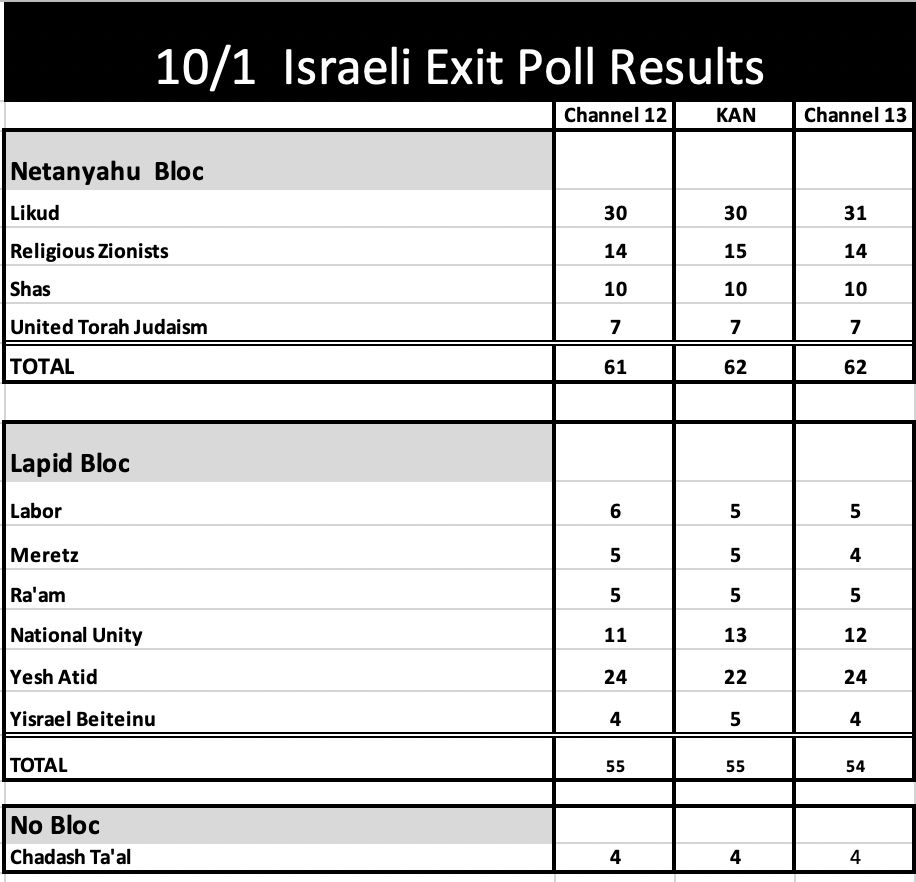 Update: With 86% of the vote counted, Bibi has extended his lead by one mandate.  It looks like the Binyamin Netanyahu bloc is closer to a win since last night, But remember that much can happen with 14% of the vote, especially when one considers the parties close to the 3.25 threshold. Also, Netanyahu still has to negotiate with the parties in his bloc to lock in the parties in his bloc. Below is s look at the count so as of the morning after the election. 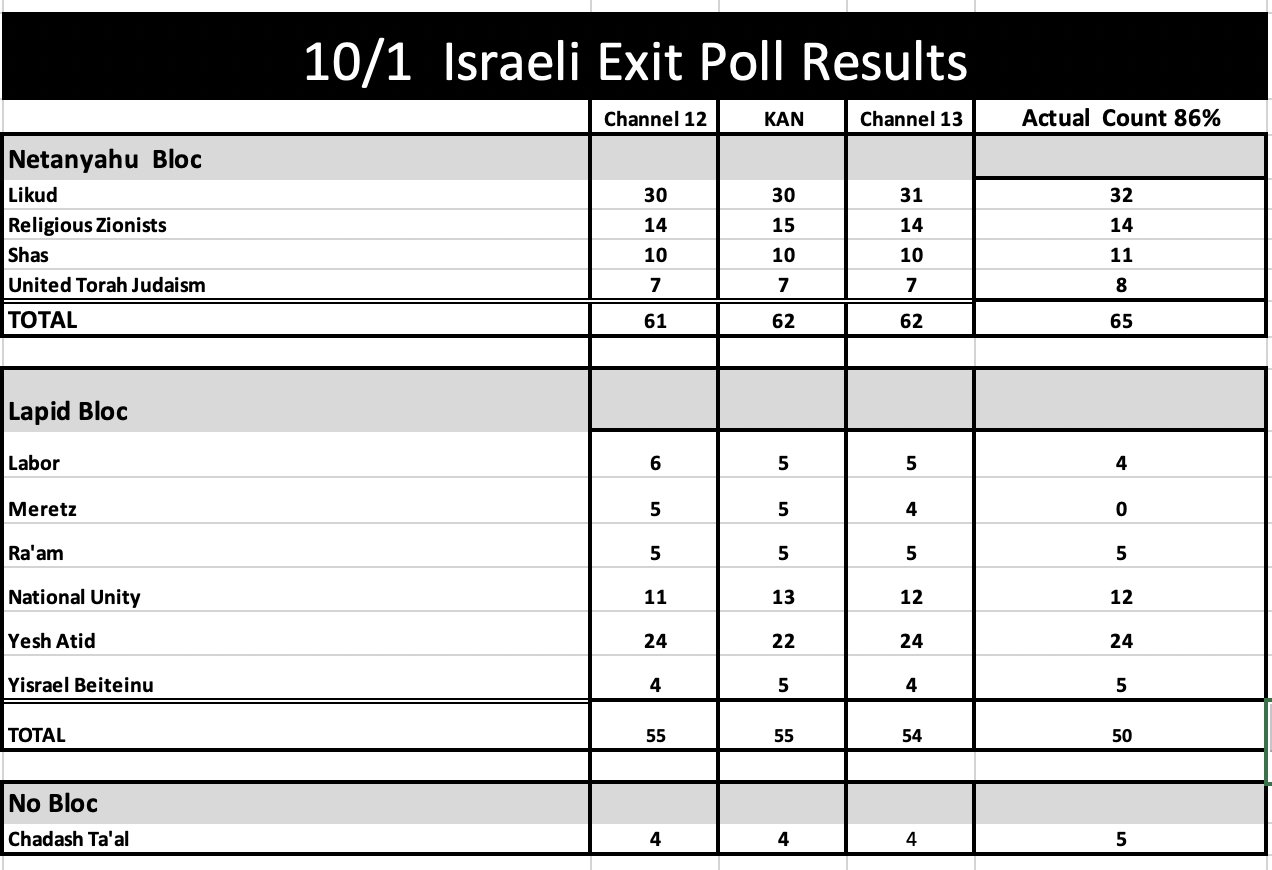