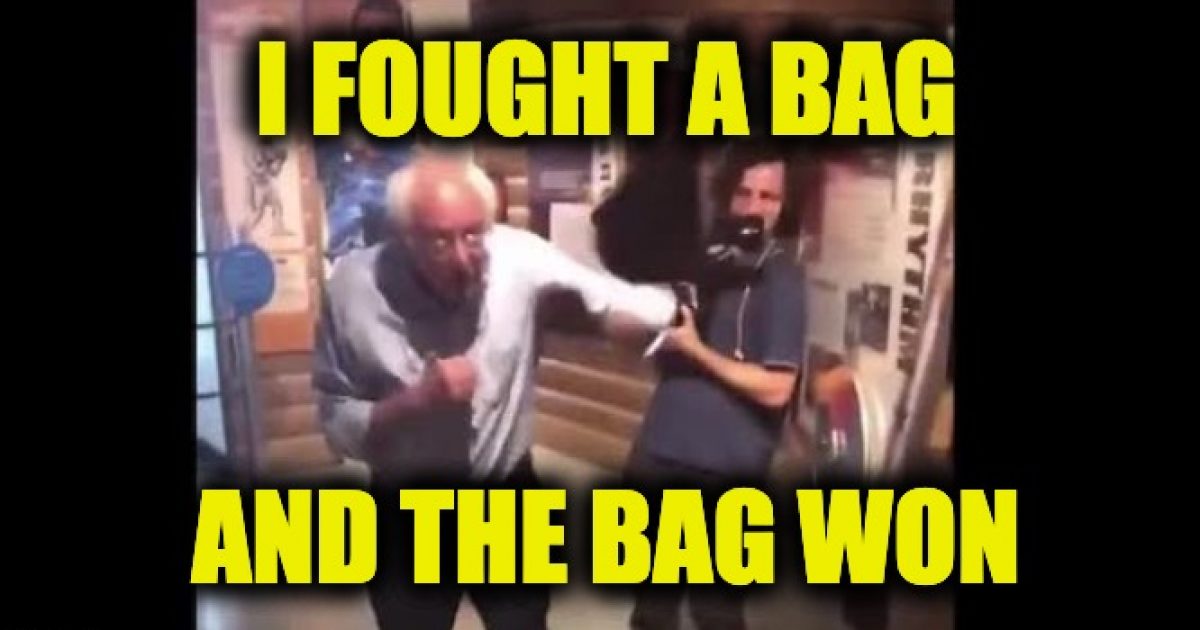 Aging socialist Senator Bernie Sanders was widely ridiculed Tuesday for a video showing him taking a swing at a boxing speed bag only to have the bag fly back and slam him in the face.

Sanders, who will turn 78 next month, took on the speed bag at the Ali Center with unintentionally hilarious results.

Wow. A socialist takes a swipe at something and it comes smashes him right back in the face. What a shocker.

The Big Lead joked that Bernie should not have led with his right when “when we all know he’s most comfortable attacking upward and from the left.”

But Bernie took slings and arrows from a long list of others:

I feel like it’s chock-full of socialist metaphors, you know?
https://t.co/fmwNRYdGJM

This legitimately looks like a classic Larry David bit.

This may be the most pathetic thing I've ever seen.

Score zero Sanders One the speed bag. Still probably better than Biden could do he would be groping the thing

That should be even more embarrassing than Mike Dukakis in the Snoopy hat driving the tank.
Except that modern progressivism has no shame.
No standards, just chaos, charade & propaganda. pic.twitter.com/qq51Jqyeks

They probably thought the exaggerated move was a cute, quick response to screwing up that made him look good. If so, they were wrong.

It was Benny Johnson for the win with this little jewel.

TRUTH: Superman is not real. We are all humans – we are all flawed. Especially our politicians. This is why you should NOT want another flawed, fallen, corrupt human being in charge of your life. Freedom is the only way. ?????

Aging socialist Senator Bernie Sanders was widely ridiculed Tuesday for a video showing him taking a swing at a boxing speed bag only to have the bag fly back and slam him in the face.