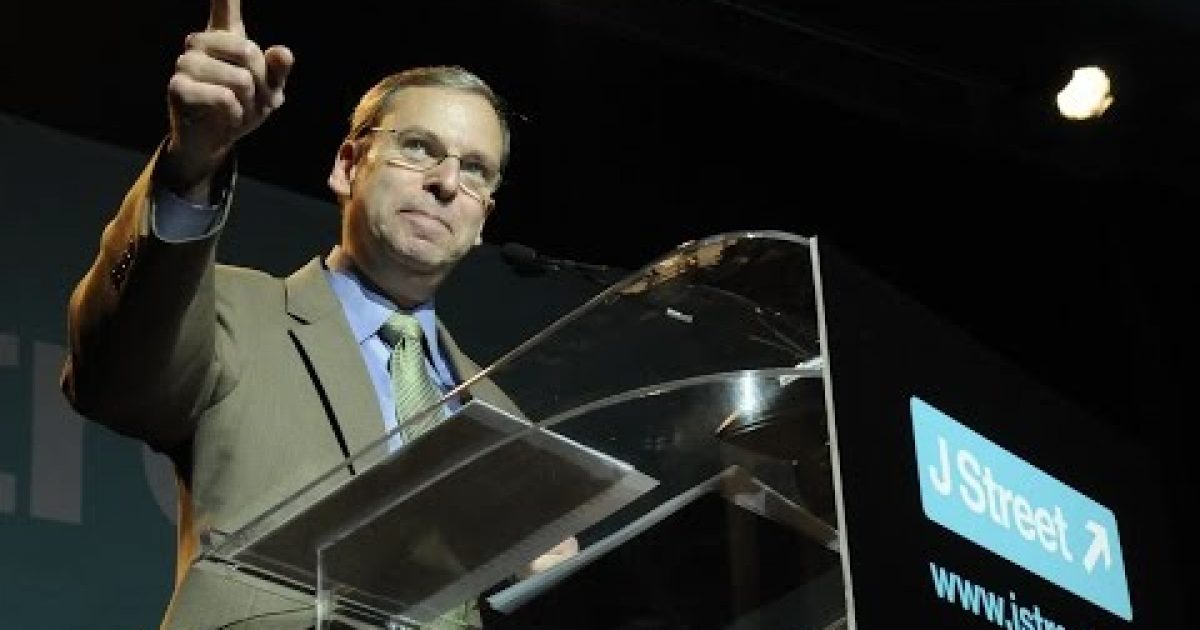 Based on what he said during Sunday’s Meet The Press, if Sen. Bernie Sanders (D-VT) becomes our next president, supporters of Israel may feel the burn instead of the “bern.” When asked by Chuck Todd who he gets foreign policy advice from, Sen. Sanders responded:

I will tell you that we have met recently with people like Larry Korb, who actually worked in the Reagan Administration, we talked to people like Jim Zogby, talked to the people on J Street, to get a broad perspective of the Middle East.

Neither Zogby nor J Street provide a broad perspective on the Middle East, since each of them only have one perspective: that of the anti-Israel activist.

Zogby, the president of the Arab American Institute, has referred to Israelis as “Nazis,” and has called Israel’s actions in protecting herself from terrorism “a Holocaust.”

In a 2014 column, he tried to sell the falsehood that Arafat never turned down an offer from Israel and turned to violence instead.

My first observation is that the myths that defined my visitor’s views of the conflict are ahistorical. A prime example is the fervently held notion that “Arafat turned down the best offer ever and turned to violence.” This was first put forward by then President Clinton in 2000. It was a great applause line, but it just wasn’t true.

Zogby’s proof was a column by Robert Malley – who also has a history of anti-Israel advocacy, perhaps initiated because his dad was a close friend of Arafat. Disputing Zogby’s version of the story was  Dennis Ross, who was one of Clinton’s negotiators of the deal that Arafat rejected:

According to a 2002 interview with Fox News, Ross said the basic principles of an agreement were laid out at Camp David in 2000, but “Arafat could not accept any of that”:

The ideas were presented on December 23 by the president, and they basically said the following: On borders, there would be about a 5 percent annexation in the West Bank for the Israelis and a 2 percent swap. So there would be a net 97 percent of the territory that would go to the Palestinians.

On Jerusalem, the Arab neighborhoods of East Jerusalem would become the capitol of the Palestinian state.

On the issue of refugees, there would be a right of return for the refugees to their own state, not to Israel, but there would also be a fund of $30 billion internationally that would be put together for either compensation or to cover repatriation, resettlement, rehabilitation costs.

In his book “My Life,” Bill Clinton rued the fact that Israel accepted the deal, but Arafat turned it down:

Arafat’s rejection of my proposal after Barak accepted it was an error of historic proportions. However, many Palestinians and Israelis are still committed to peace. Someday peace will come, and when it does, the final agreement will look a lot like the proposals that came out of Camp David and the six long months that followed.

J Street, founded in 2008 with money from progressive sugar daddy George Soros, markets itself as kind of left-wing AIPAC. Along with Soros, many donations to the J-Street political action committee came from Arab sources.
From the very beginning, the group went out of its way to emphasize its motto of “pro-Israel, pro-peace.” But, as fellow progressive Alan Dershowitz said about the group, “J Street is neither pro-Israel or pro peace.” The group has little legitimacy in the Jewish Community, but was promoted by Barack Obama as an important organization.
In posts that have since been removed from its website -but, recorded by NGO Monitor (among other sites) – J-Street launched a thinly-veiled attack on Israel for responding to the barrage of Hamas missiles in 2008:

“While this morning’s air strikes by Israeli Defense Forces in Gaza can be understood and even justified in the wake of recent rocket attacks, we believe that real friends of Israel recognize that escalating the conflict will prove counterproductive, igniting further anger in the region and damaging long-term prospects for peace and stability… only diplomacy and negotiations can end rockets and terror… We call for immediate, strong diplomatic intervention by the United States, the Quartet and allies in the region to negotiate a resumption of the ceasefire…”

A liberal Rabbi and former head of Reform Judaism in America and frequent critic of Israel called J Street’s response to the Israeli invasion of Gaza “morally deficient, profoundly out of touch with Jewish sentiment and also appallingly naive.”
Lenny Ben-David, who used to run the Israeli branch of AIPAC said the J Street claim of being pro Israel was a ruse:

“I want to emphasize that in the Zionist world, there is plenty of room for organizations from the left and the right, secular and religious organizations, Jewish and Christian organizations,” Ben-David told participants.

“But I have never seen an organization like J Street that hides behind the cover of a pro-Israel organization and works with such furtiveness in the United States in general and in Washington in particular to undermine and hurt the State of Israel,” he said.

Ben-David went on to cite J Street’s opposition to the U.S. veto of the U.N. Security Council resolution labeling Jewish communities in Judea and Samaria illegal. He also cited J Street’s support of divestment from Israel, opposition to a Jewish presence in some Jerusalem neighborhoods, and the gap between the group’s statements and its actions that often support the de-legitimization of the Jewish state.

J-Street has lobbied against sanctions on Iran and claims that Israel has all of the Palestinian territories under a blockade (false, since they had an embargo on weapons and building supplies and only in Gaza–Hamas territory). They also claim that the Netanyahu government opposed the two-state solution, even though the Prime Minister has publicly announced his support more than once (In fact, the last Israeli prime minister who did not believe in a two-state solution was Yitzhak Rabin).

J Street even tried to convince the U.S. Congress to accept the Goldstone Report, a one-sided UN Report with trumped up charges of Israeli war crimes during the Gaza war.

The Goldstone Report took its name from the South African Judge who lead the UN’s inquiry into the the 2008 Gaza War. The committee threw any standards of investigation out the window. The report violated international standards for inquires, including UN rules on fact- finding. The Goldstone Commission systematically favored witnesses and evidence put forward by anti-Israel advocates including Hamas, and dismissed evidence and testimony that would undermine its case.

For example, it ruled that Hamas did not use its own citizens as human shields despite a wealth of video evidence. The commission relied extensively on mediating agencies, especially UN and NGOs, which have a documented hostility to Israel. It also reproduced earlier reports and claims from these agencies. Eventually, even Judge Goldstone disavowed his own report that J Street tried to get Congress to accept.

Sanders’ consultation with the likes of James Zogby and J Street combined with the fact that his opponent Hillary Clinton has been anti-Israel throughout her career demonstrates that there is no place in the Democratic Party for friends of the Jewish State.

The video below is an hour-long documentary “The J Street Challenge,” which features, liberal’s such as Alan Dershowitz to “out” the anti-Israel slant of J Street: