Okay, Unilever, You Don't Want To Sell Ben And Jerry's In Judea And Samaria---We Will! 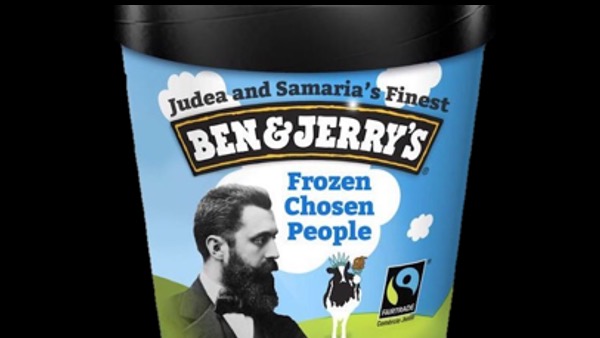 “The Shurat HaDin Law Center has now registered a commercial entity with the Israeli registry of corporations called “Judea and Samaria’s Ben & Jerry’s,” wrote Shurat HaDin’s President Nitsana Darshan-Leitner in a letter she sent to the British based global company Unilever, which has owned the Vermont based global Ben & Jerry’s since 2000.

“We intend to use the Ben & Jerry’s name and match the Vermont company’s current ice cream line, as well as add on new flavors and products,” Darshan-Leitner wrote, adding that “we are confident we can expand the business into each community in the territory you have abandoned.”

She told Unilever that it no longer had the right to use the Ben & Jerry’s label in that territory, even though the boycott is not due to start until 2023 when the existing contract with the local ice cream producer expires.

If the trademark registration is approved by the Israeli Justice Ministry, the new brand will sell ice cream in Judea and Samaria, duplicating  Ben & Jerry’s flavors such as Chubby Hubby,  Chunky Monkey, and Cherry Garcia along with creating new flavors such as the one pictured above “Frozen Chosen People.”

If they go ahead using the mock-up for the final product, a Judea and Samaria Ben and Jerry’s pint will look the same as the Unilever brand with the addition of a picture of Theodor Herzl, the father of modern Zionism.  According to reports, they have already begun discussions with several ice cream manufacturers to produce the copycat Ben Jerry’s brand.

Leitner’s goal in the ice cream case, she told The Post, is to force Unilever to defend its trademark in court. She wants the conglomerate, which bought Ben & Jerry’s in 2000, to explain “why they do business in (other) occupied territories and they don’t want to do business in Israel.” She pointed to Crimea and South Sudan as examples.

“This step we’ve taken forces their hand. I don’t think they thought this out very carefully,” she said.

This is going to be fun to watch!